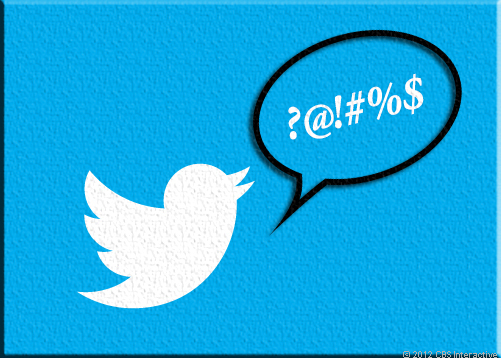 A female developer was fired after tweeting about a group of men she said were making sexual comments at a computer programming conference, fueling an already vigorous debate about gender equality and culture in Silicon Valley.

Adria Richards wrote on her blog, butyouareagirl.com, that she was seated in a ballroom at the Santa Clara conference Sunday when the men behind her started talking about "big dongles."

A dongle is a device that plugs into a computer, but Richards tweeted that the men made the comment in a sexual way.

After hearing their remarks, Richards turned around, took a photo of two men and posted it on Twitter with their alleged comments.

Conference organizers said they were concerned by the tweet and quickly met with Richards and the men, who immediately apologized.

"We pulled all the individuals aside. We got all sides of the story. They said she was right, and they were very apologetic," said Jesse Noller, who chaired the conference, PyCon 2013, for people working on Python programming language.

Richards worked for SendGrid, a technology company with offices in Orange County and Colorado. CEO Jim Franklin wrote on the company's website that SendGrid agreed with Richards' right to report the incident to Pycon staff, but not the way she reported it.

"Her decision to tweet the comments and photographs of the people who made the comments crossed the line," Franklin wrote in a blog post on the site. "Publicly shaming the offenders - and bystanders - was not the appropriate way to handle the situation."

Franklin said Richards put the company's business in danger, divided the developer community and could no longer be effective at the company.

One of the men in the photo Richards posted has also been let go from his job at San Francisco-based mobile game company PlayHaven.

"PlayHaven had an employee who was identified as making inappropriate comments at PyCon, and as a company that is dedicated to gender equality and values honorable behavior, we conducted a thorough investigation. The result of this investigation led to the unfortunate outcome of having to let this employee go," PlayHaven CEO Andy Yang said in a blog posting.

The company did not release the name of the fired employee, but said a second man in the photo "is still with the company and a valued employee."

"We believe in the importance of discussing sensitive topics such as gender and conduct and we hope to move forward with a civil dialogue based on the facts," said Yang.

Gender gaps are the hot topic in Silicon Valley, in large part because of the bestselling book "Lean In" by Sheryl Sandberg, chief operating officer at Facebook. Sandberg has launched a "Lean In" movement to encourage and support women in the workplace.

Richards, reached Friday by The Associated Press, said she couldn't comment. But she confirmed her blog and tweets, along with the report that she was fired.

"Have you ever had a group of men sitting right behind you making joke that caused you to feel uncomfortable? Well, that just happened this week but instead of shrinking down in my seat, I did something about it," Richards wrote in her blog post about the incident.

She said she was spurred in part by a photo of a young girl on the stage at the time, and the thought that the men seated behind her would make it impossible for the girl to learn programming.

The men were not identified by name.

Richards said she also had confronted a man earlier after he told her what she thought was a sexist joke at the conference.

"There is something about crushing a little kid's dream that gets me really angry," Richards wrote. "Women in technology need consistent messaging from birth through retirement they are welcome, competent and valued in the industry."

SendGrid was founded in 2009 and has developed a cloud-based email system, according to its website.