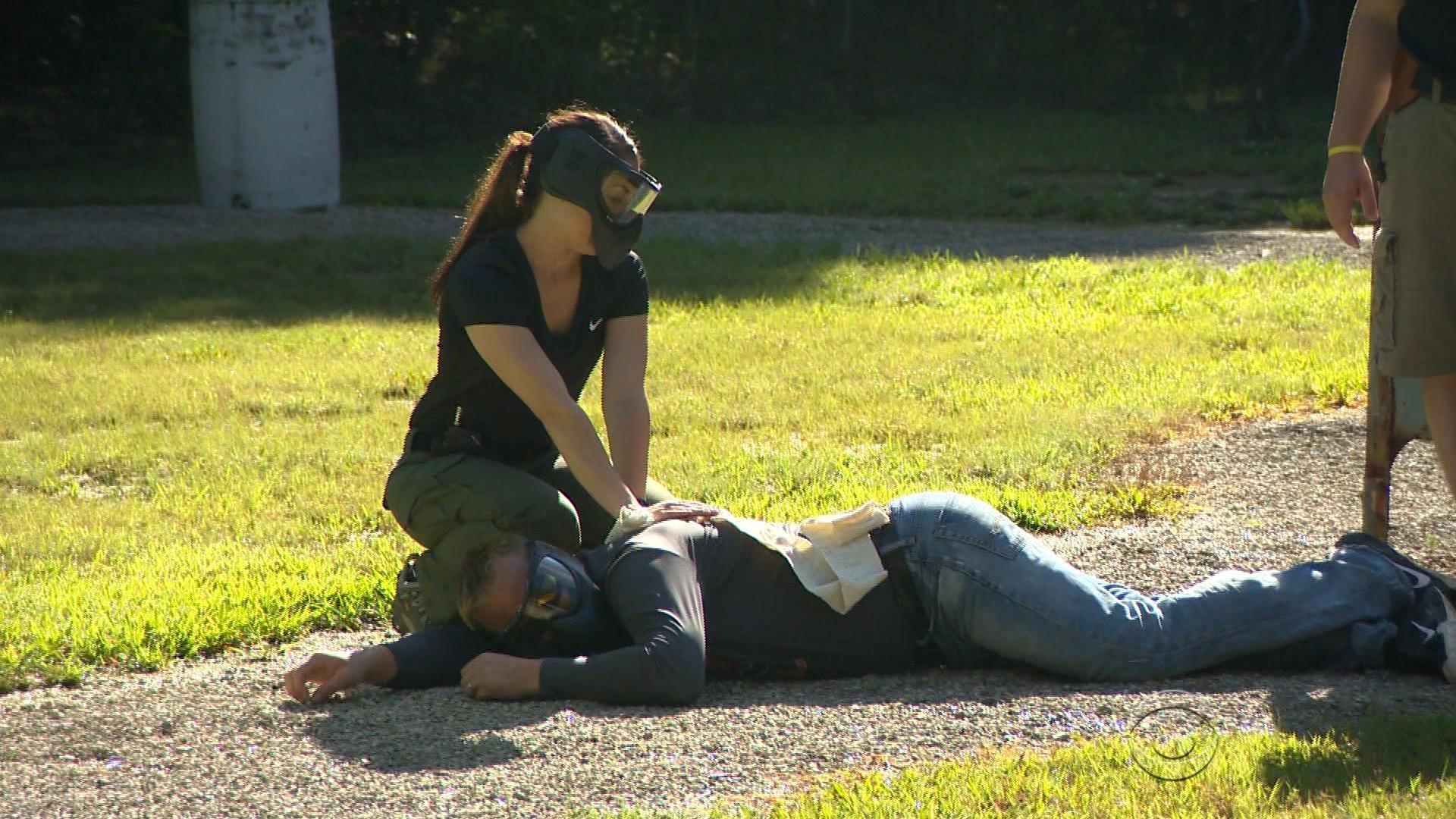 GREENVILLE, Ohio -- A group that keeps track of school shootings in the U.S. said there were 240 incidents since 2013 -- about one a week -- including one last week at a high school near Spokane, Washington.

Some teachers believe the answer is to arm themselves, while others strongly disagree.

Eight states allow kindergarten through 12th-grade school staff who have a concealed carry license to be armed. But of the 40 states prohibiting firearms in schools, many have a loophole that can allow it.

One elementary school principal says that hitting the mock gunman targets is preparation for protecting his students.

"When I walk down the halls I actually think about where I would go, how would I react," he said.

Most of the participants asked CBS News to protect their identities, including one middle school teacher who keeps her 9-millimeter handgun on her during class.

"You have to know the important thing is to eliminate the threat, and do that at all costs," she said.

Instructors test participants on taking down a gunman and treating wounds.

Funded by a pro-gun group and donations, the training is free. It began after the massacre at Sandy Hook Elementary School in 2012.

Abbey Clements' 19 students survived, and now she is one of a dozen Newtown teachers fighting to keep guns out of classrooms.

"Never in a million years would I have guessed that one response to what happened in our town would be to arm teachers," Clements said. "It's absurd ... God, can you imagine if children were hurt by you in that situation? How would you live with yourself?"

In fact, CBS News saw just that scenario -- where an educator's bullet strikes a student -- play out in a simulated classroom. But the elementary school principal said it does not make him second-guess his choice to have a gun in school.

In most school districts, carrying a gun is optional. Some parents don't know their child's teacher is armed, but others do.

Clements says that for parents who support guns in their child's school, she understands that they are afraid.

"I'm afraid, too," she said. "We have a problem with gun violence in this country, but more guns is not the answer."

The director of the training that CBS News observed said all participants must pass the same firearms test required to become a police officers in Ohio, which is 80 percent accuracy. But teachers in this training are held to 90 percent. So far, about 30 educators have failed.