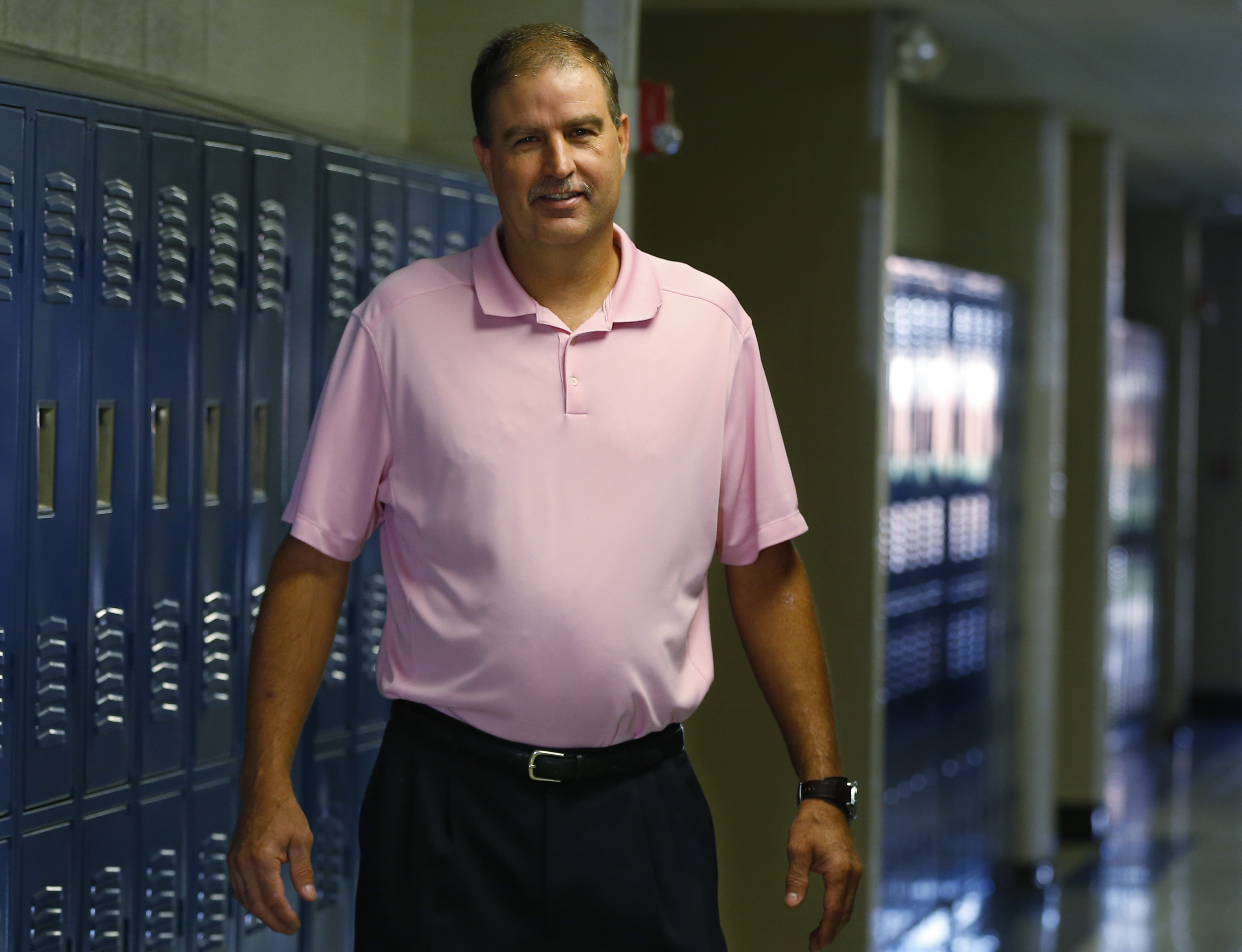 OKLAHOMA CITY -- As students return to their classrooms this year, some may find fewer teachers waiting to greet them.

Many schools - particularly in places with growing populations and difficult working conditions - are having an especially tough time getting enough teachers to fill all their jobs. Districts say they're struggling the most in areas like math, science, special education and foreign languages.

Low pay, more mandatory tests, funding cuts and what some educators feel are more demands from policymakers are among the reasons cited by departing teachers, and by administrators trying to replace them.

In the scramble, some teachers are taking on new subjects. Oklahoma officials have issued 215 emergency certifications to allow teachers to instruct outside their areas of expertise, compared to just 71 at the same time last year.

"It's just brutal right now trying to get people certified," said Tony O'Brien, superintendent of Newcastle Public Schools. "They may have a degree in underwater basket-weaving, and I'm trying to get them a certificate in elementary education."

While teacher shortages aren't appearing everywhere, they do tend to pose challenges in faster-growing states and those with budget problems, education researchers say. Remote areas, and high-poverty districts like Detroit with uncertain budgets and difficult working conditions, also have trouble.

"They can't draw enough (teachers) from the local population because there just aren't that many there. So they have to figure out ways to draw people in from farther away," said Bob Floden, co-director of the Education Policy Center at Michigan State University.

Some school districts have been trying new approaches. The Clark County School District in Nevada, which includes Las Vegas, has offered bonuses, sent recruiters to colleges and job fairs around the country, and launched a "Calling All Heroes" campaign that included billboards in Times Square to fill its hundreds of vacancies. On the Kansas Turnpike near Lawrence, a billboard put up by the Independence, Missouri, school district trumpets: "HIRING TEACHERS FOR 2015-16."

An Oklahoma survey last year showed about 1,000 unfilled vacancies, resulting in larger class sizes and the elimination of some courses. The state's average teacher salary is $44,128 - 49th in the nation.

The number of first-time teacher licenses issued in Indiana has dropped nearly 20 percent since 2009, state officials said. In Kansas, at least 3,720 teachers left the state, retired or took jobs outside education this past school year, up more than 70 percent from a couple of years ago, Kansas Department of Education data show.

Part of the exodus may be demographics, such as the retirement of Baby Boomers. And many teachers who stayed put during the recession may now be leaving for better-paying jobs outside education. Mike Wood, government relations director for the Missouri State Teachers Association, attributes some of the shortages to low salaries and tougher state exams for new teachers.

Some former teachers say an increase in mandatory testing and a sense of hostility from lawmakers has crushed morale. Recent Oklahoma measures are designed to increase rigor as well as imposing a grading system for schools that many teachers and administrators felt was unfair. But per-pupil funding has kept declining, and teachers haven't received a pay raise in nearly a decade.

"We used to be treated as professionals who were allowed to have autonomy in our classrooms and play to our strengths or our background or education," said Rebecca Simcoe, a high school English teacher in Tulsa with a doctorate who resigned last year to do nonprofit work. "Now we're expected to be automatons following their robotic instructions, just getting these kids to pass tests."

While some education groups have blamed Republican lawmakers for budget cuts and worsening conditions, both Floden and Dan Goldhaber, director of the Center for Education Data and Research at the University of Washington, saw no evidence of a partisan explanation for teacher shortages.

Robert Sigrist, assistant principal at Central High School in St. Joseph, Missouri, said the school struggled to find a replacement after its physics teacher moved to Texas. As the start of classes approached, the district was still trying to fill a special education slot.

"I'm afraid within the next five or six years we're going to see a real shortage - not just in those high-needs areas," Sigrist said. "Our colleges and universities don't have the number of students coming out" to be teachers.

Experts caution that many states still produce more teachers for the number of available jobs.

"It's not like we're literally as a nation not going to be able to find the teachers that we need," Goldhaber said. "That is not to say that some schools and school districts (don't) have a much harder time finding people who are willing to teach in those places. And it's much harder to find people who are willing to teach in selected grades and subjects."