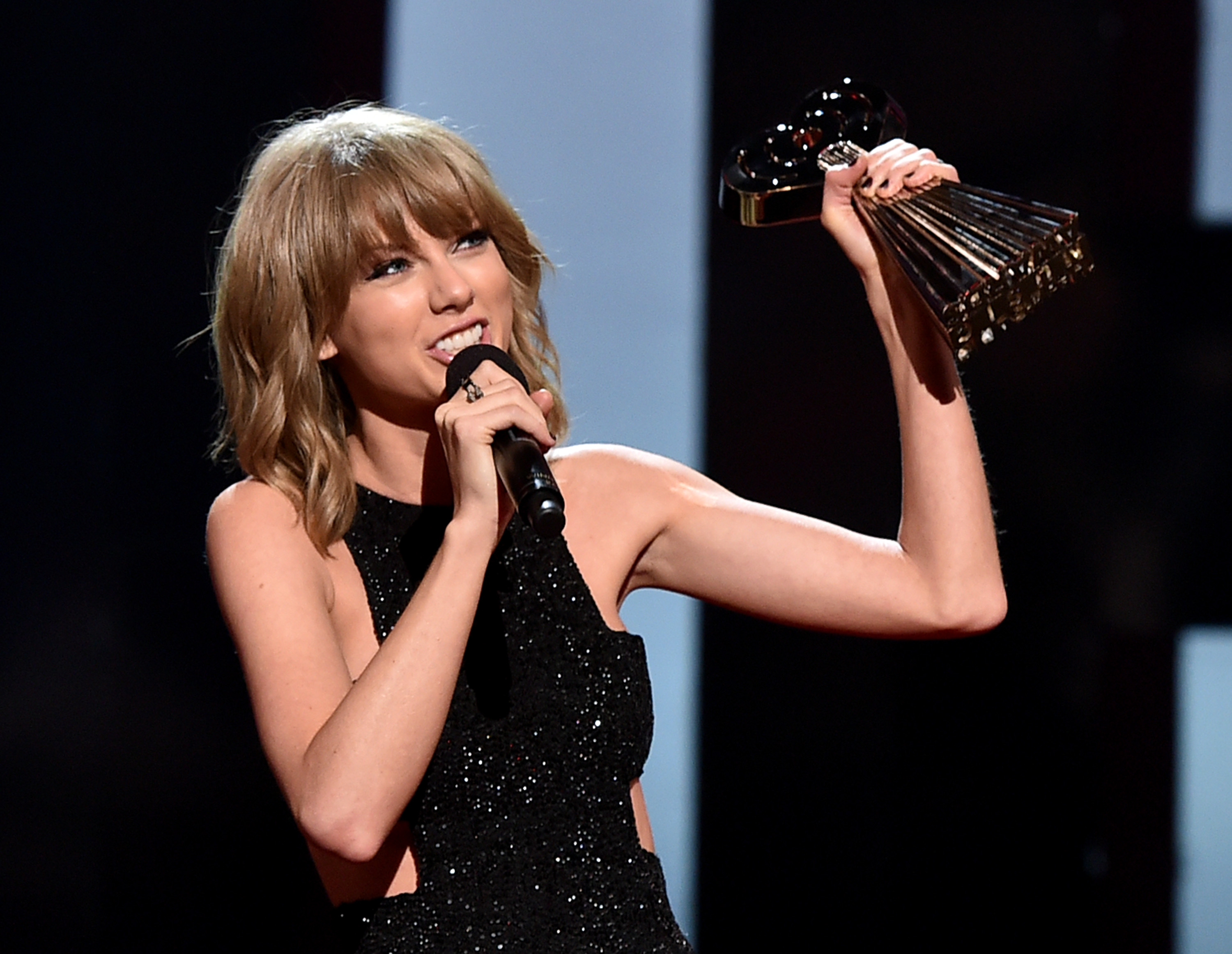 Sam Smith is behind Swift with 13 nominations, and the singers will battle one another in eight categories, including the night's biggest prize, top artist. Ariana Grande, One Direction and Katy Perry are also up for the top award.

Ludacris, who will host the May 17 awards show with Chrissy Teigen, announced some of the nominees Tuesday on ABC's "Good Morning America" alongside Pete Wentz. The rest of the finalists were announced by Teigen and "Empire" star Jussie Smollett at a press conference in Los Angeles.

Swift's "1989," which moved 1 million copies in its first week, has sold more than 4.6 million units since its October release. For top Billboard 200 album, it will battle Smith's Grammy-winning "In the Lonely Hour," Ed Sheeran's "X," Maroon 5's "V'' and "That's Christmas to Me" from the a cappella group Pentatonix, which won its first Grammy this year.

For top Hot 100 song, Swift's "Shake It Off" and Smith's "Stay With Me" will compete with John Legend's "All of Me," Meghan Trainor's "All About That Bass" and "Fancy" from Iggy Azalea, who earned 11 nominations. Azalea is nominated twice for top rap song with "Fancy" and "Black Widow."

Swift, who has won 12 Billboard Music Awards throughout her career, will also compete with herself in the top streaming song (video) category with "Shake It Off" and "Blank Space."

Smith, Sheeran, Justin Timberlake, Pharrell and Drake are up for top male artist.

The show will air live on ABC on May 17 from the MGM Grand Garden Arena in Las Vegas. Check out nominees in some of the main categories below:

Top Hot 100 Song
Iggy Azalea feat. Charli XCX, "Fancy"
John Legend, "All of Me"
Sam Smith, "Stay With Me"
Taylor Swift, "Shake It Off"
Meghan Trainor, "All About That Bass"