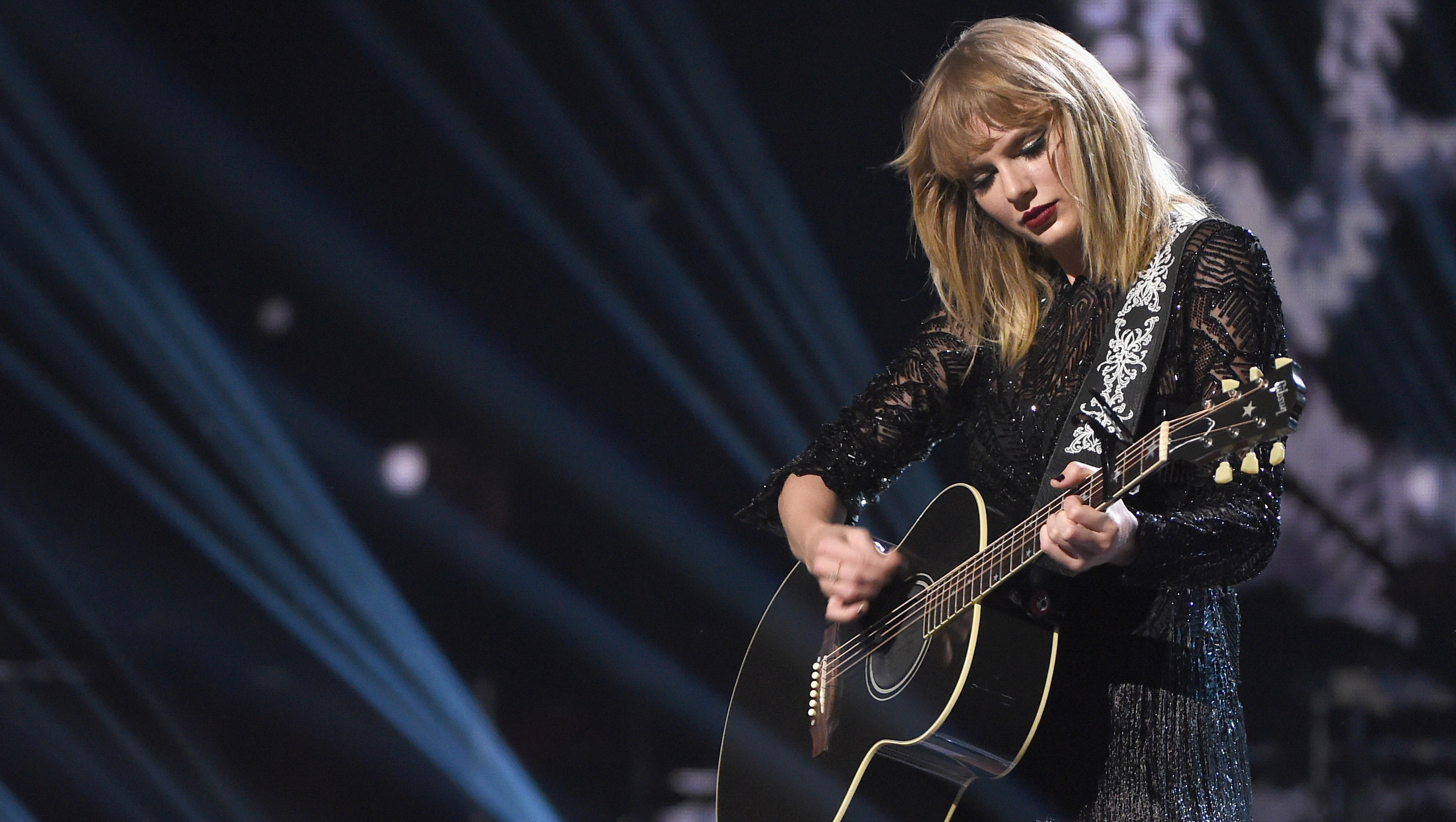 The Bluebird is a Nashville landmark known for hosting some of country music's best songwriters and musicians, and the occasional megastar. On Saturday, Wiseman casually invited Swift to join him on stage at the venue where she used to play before her rise to fame.

Swift took the stage and talked to the audience about her early days, when she moved to Nashville at just 14 to learn more about songwriting. The singer played "Shake It Off" as an example of how catchy three chords can be. Swift also played "Better Man," a Grammy-nominated song she wrote for Little Big Town. She said she appreciated hearing a song she wrote played by someone else.

"When I would play writers nights ... I didn't have the experience of a writer writing something and then it going out into the world and you earing it from someone else's perspective until recently," Swift said, reports The Tennessean. "Little Big Town gave me the opportunity to feel that way ... to be at the Bluebird and play a song you've maybe heard on the radio.  I will always be forever grateful to them for that."

Swift closed off her surprise performance with a song she said Wiseman did not "get" when she first wrote it at 17. The pop star said that after Wiseman told her he didn't get it, the two worked on another song instead, but when Swift when home, she finished writing the original song.

"This is the song I almost wrote with Craig Wiseman," Swift told the crowd. "It's called 'Love Story.'"

The Tennessean reports that Swift's performance was filmed for a documentary on the 35th anniversary of the Bluebird Cafe. Swift got her first break there, when Big Machine Label Group's Scott Borchetta saw her play the room when she was an 8th grader. He offered her a record deal.