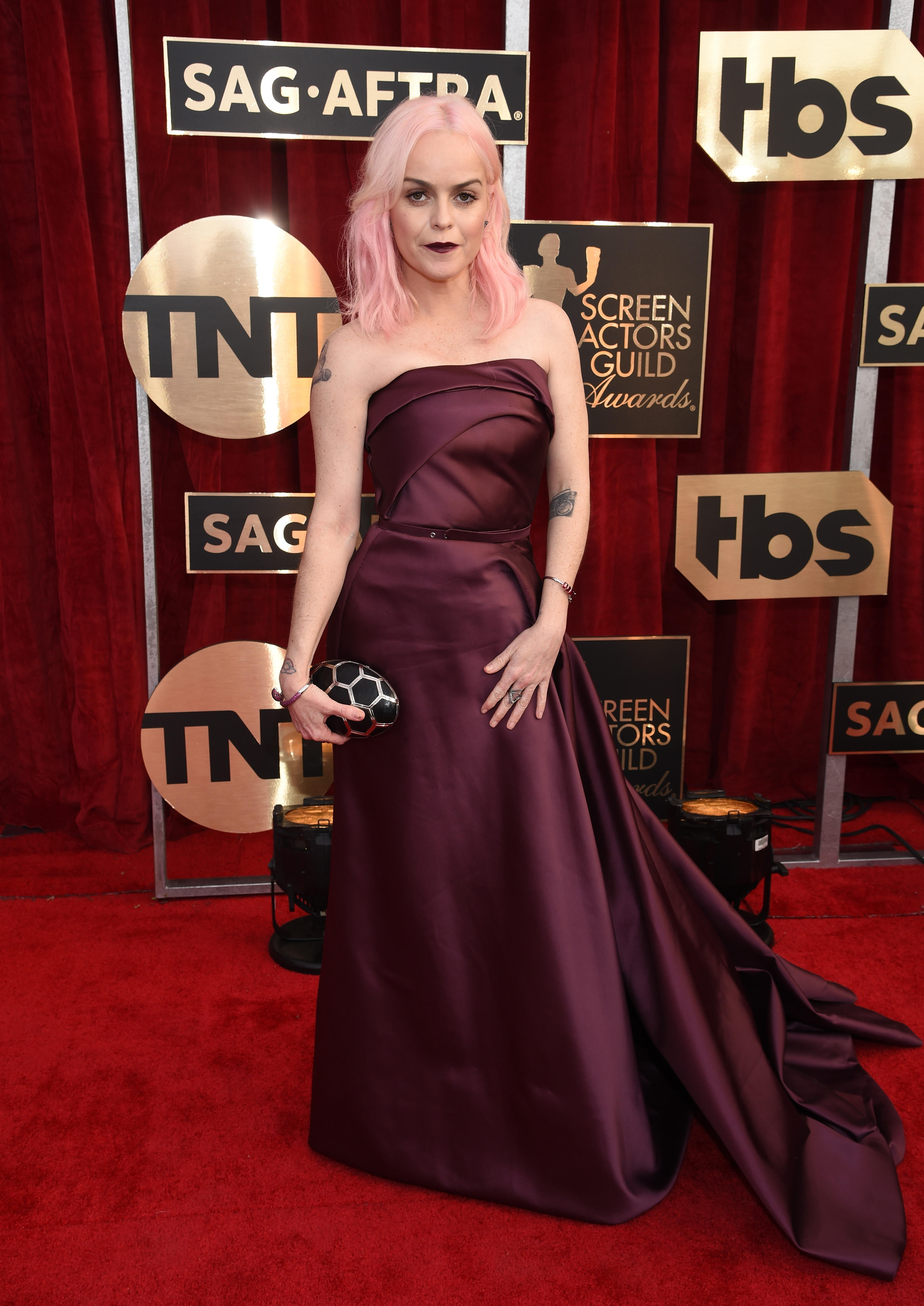 Taryn Manning plays Tiffany "Pennsatucky" Doggett on "Orange is the New Black," and though her character has become much more likable, she says she kind of misses the Litchfield inmate's villainous streak.

Manning talked to CBS News about the newest season of the show, which takes place during a three-day prison riot, and her thoughts on Pennsatucky's growth.

Wow, your voice sounds exactly the same as it does on the show.

It's funny you say that, because I'll be walking down the street and no one really notices and I'l be on the phone and they'll say, "I knew it!." My fricking voice -- it just gives me away.

Your character, Tiffany Doggett, has really changed over the seasons. Do you ever miss playing the villain?

Yeah, I do. I had a really good time with that at first. Upon reading the script when it came to me way in the beginning, I was very nervous about it because she was so bad. It's kind of fun to have an excuse to be such a jerk and for acting purposes only. Not to say I'm perfect in real life, but it was a lot of fun to have an alter ego.

That being said, I love the arc they've written for me. As an actor, there's nothing more fun than getting to explore your character and all of our layers that we have as human beings and characters, but I feel like she's getting frustrated and I think she feels really defeated because I think her choice to be kind -- it just happened in a genuine sort of way and I feel now she feels really hurt. Hurt people hurt. She's been hurt and however she's treated, that's how she reacts. If she's treated like crap, she doesn't react well, so I think she's just really human.

Are you happy she has new teeth?

I thought when the teeth were all messed up and gnarly, it definitely lent to me in preparing for such a person who's so different. She's still very different from me, but it's nice to kind of feel somewhat attractive. But it's what my mother always said. Sometimes I'd get really sad when I was younger, in my early 20s and mid 20s I would get down and say, "I only ever play ugly characters. I never get to look pretty." Even in "Crossroads" with Britney Spears, [my character] was pregnant, and Zoe [Saldana] and Britney [Spears] got their makeup done every day.

But it's all so trivial because my mother would say, "It's a character. It's not you." And that's the beautiful thing. It really resonated with me: I'm a character actress. That's what I am. It's not me; it's somebody else. So I got used to that because I never really got to play the pretty girl.

Do you feel protective of your character? Especially since she was sexually assaulted earlier in the series.

Yeah, I was very sad. I try not to judge my characters. I try not to get frustrated. I wish that didn't have to happen, but it's like at any job, it is a job. I felt like, "Poor girl," and here's the deal -- I thought it was genius, too, because that's life and man, I didn't see that coming, as Taryn reading the script.

That's how scary these situations can be, and I thought it was so well-written because [the assaulter] just snaps and that's how volatile people can be. People have been through things and have trauma and whatever the heck made his character act like that, and that happens in real life, too. That was tough. And to be honest with you, I just tortured myself on how to play that. I just so want to do things authentically, and it kept me up at night but I got through it and it definitely made an impact on the viewers.

How did you prepare for that scene?

I guess it's never happened to me so I couldn't go from experience, so I had to make a choice. I know me and I know I'd be kicking and screaming to get him off of me in real life -- that's what Taryn would have done -- but with [Tiffany's] upbringing and her mother and the lack of care she got, I made the choice to just check out. If you're watching closely, there was one single tear that came out of my eye and that was deliberate. I want the audience to know I'm hurting so bad. Pennsatucky is hurt right now. Her heart, it hurts. It was just as hard for me to watch.

What was exciting about this season?

This was probably one of the more challenging ones because it was condensed into the three days, so we didn't always work as much, or we worked a lot. And honestly even we were kind of like, "What's going on?" and that was the point. It was AWOL. It was a little more of a hectic season behind the scenes with hair and makeup and all that but I think it actually turned out really well. It always does. This show is so cool and I'm proud to be a part of it.