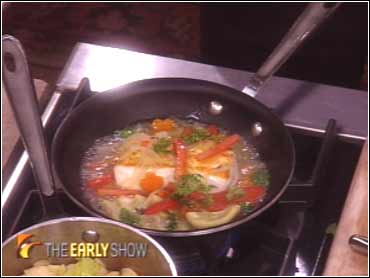 More than 50 Chicago-area chefs say they are joining a national campaign to drop Chilean sea bass from restaurant menus until the fish population increases.

"I don't believe in depleting any kind of stock," said Bruce Sherman, chef and partner of North Pond Cafe in Chicago's Lincoln Park.

The "Take a Pass on Chilean Sea Bass" program began last month at more than 60 restaurants around Northern California. The campaign comes four years after the "Give Swordfish a Break" drive at East Coast restaurants.

Chilean sea bass, a snow-white, flaky delicacy, is over-fished, illegally poached and could vanish from the coasts of Antarctica.

Despite regulations by the Commission for the Conservation of Antarctic Marine Living - the international governing body that regulates Chilean sea bass's annual catch to 18,000 tons - nearly 80 percent of the Chilean sea bass sold on the world market is illegally obtained, according to the National Environmental Trust in Washington.

The fish became popular about 10 years ago when marketers came up with a more attractive name for the species than Patagonian toothfish. In 2001, it was named Bon Appetit magazine's "Dish of the Year."

The campaign moves to New York, Los Angeles, Philadelphia and Washington in the next few months.