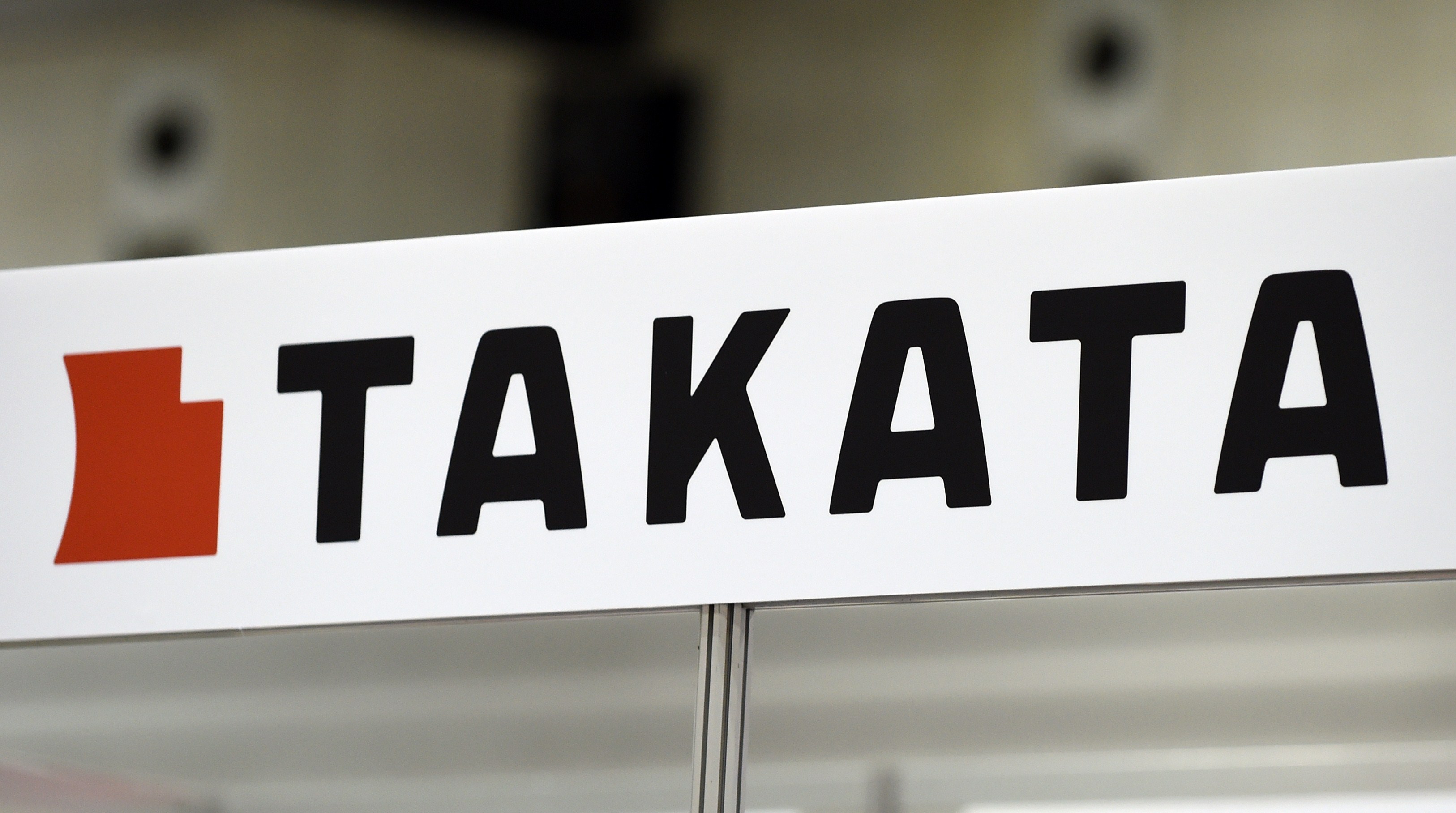 Up until now, Takata has refused to acknowledge that their air bags are defective," Foxx said during a press conference. "That changes today. Today I announce that Takata has agreed to declare that airbag deflators are defective."

The defective airbags contain a propellant that explodes too forcefully when the bag is activated, potentially spraying shrapnel and other dangerous debris into the cabin of a car. The defect has been linked to at least five deaths in the U.S., Foxx said Tuesday, and more than 100 injuries nationwide.

"This is a monumental effort, there is no doubt about it," Foxx said Tuesday. "It's fair to say this is probably the most complex consumer safety recall in U.S. History. So we have a lot of work to do."

Takata had previously declined to clearly declare its product defective and launch a costly nationwide recall, arguing that the problems were limited to regions with high humidity.

During testimony before a Senate panel last November, Takata executive Hiroshi Shimizu said Takata was "deeply sorry" for the reported instances of defective airbags causing injuries and fatalities. But he argued against a national recall, saying the problems were limited to moist, coastal regions.

When Shimizu was pressed on whether his company accepted responsibility for the five fatalities linked to the airbag defects, he paused for an extended time, asking a translator for clarification. He ultimately said that investigators have conclusively linked the airbags to deaths in only three of those cases, which he termed "anomalies," but he said his company accepts responsibility for those incidents.

Sen. Bill Nelson, D-Florida, then the committee's chairman, asked that the official record of the hearing reflect Shimizu's pause, which he described as "painful."

Tuesday's announcement seemed to mark a turning point in Takata's response to the controversy. During the press conference, the head of the National Highway Traffic Safety Administration, Mark Rosekind, said his agency was already working on a unilateral plan to force an expanded recall of the airbags. But he thanked Takata for its recent cooperation, saying the company "stepped up" by providing "defect information reports" to government officials.

"We were working on a plan, Takata provided certain elements," he said, "and that, of course, gives us a more efficient and productive way to move forward."

NHTSA has issued a "consent order" to Takata, which requires the company's full compliance with the agency's regulations going forward. NHTSA also announced it is beginning a legal process to "organize and prioritize the replacement of defective Takata inflators under the agency's legal authority."

In a press release, the agency said it expects vehicles "that present the greatest risk in terms of age and geographic location to be serviced first."

"From the very beginning, our goal has been simple: a safe air bag in every vehicle," Rosekind said in a statement. "The steps we're taking today represent significant progress toward that goal. We all know that there is more work to do, for NHTSA, for the auto makers, for parts suppliers, and for consumers. But we are determined to get to our goal as rapidly as possible."