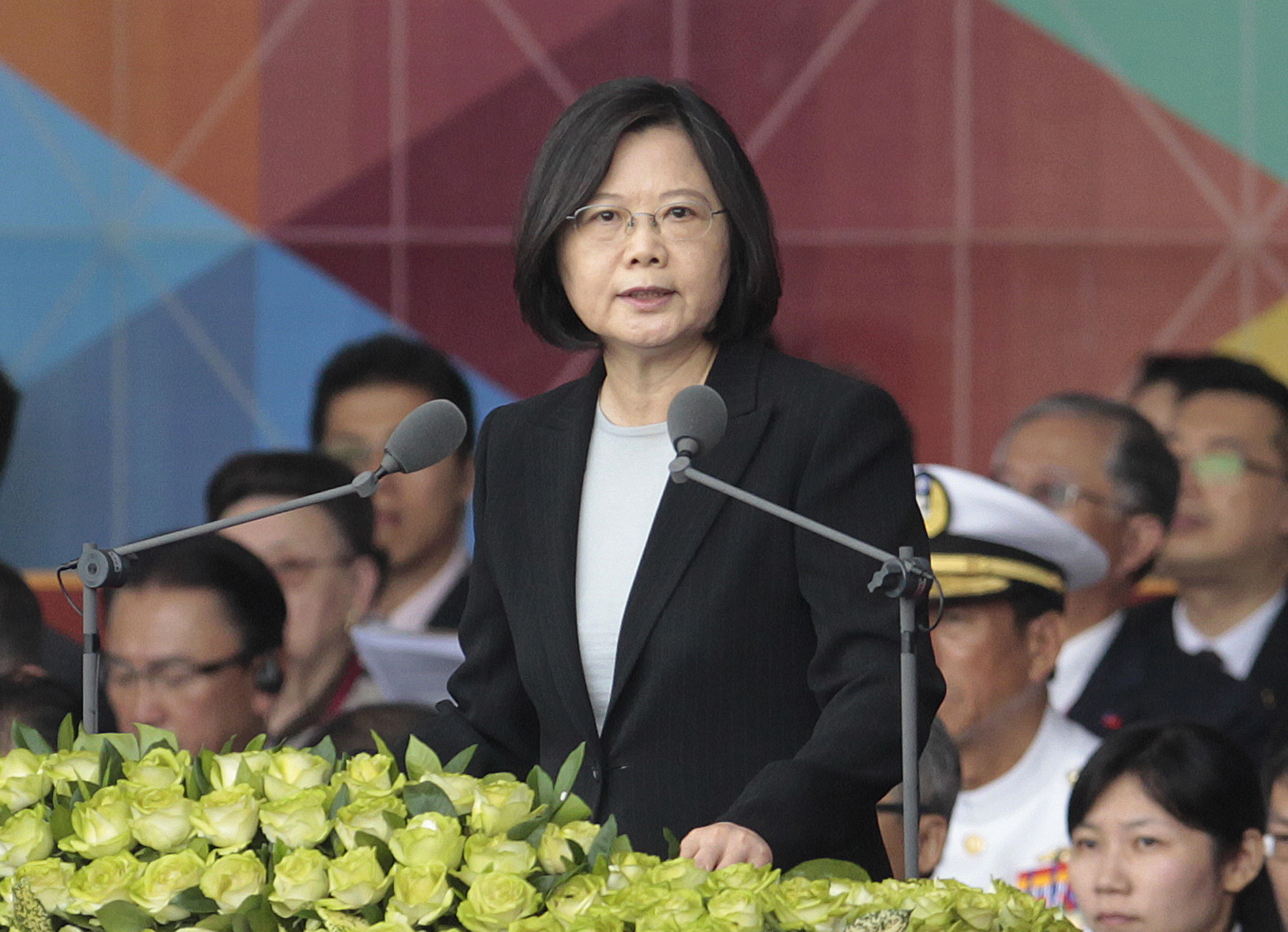 TAIPEI, Taiwan -- Taiwan’s president will transit through Houston and San Francisco next month while traveling to Central America, stops that will likely irritate Beijing, which has urged Washington to prevent the self-ruled island’s leader from landing in the United States.

Citing the presidential office, Taiwan’s official Central News Agency said Friday that President Tsai Ing-wen and her delegation will stop in Houston on Jan. 7 on their way to visit diplomatic allies Honduras, Nicaragua, Guatemala and El Salvador. They will stop in San Francisco on Jan. 13 on their return trip.

China has repeatedly urged the U.S. not to allow Tsai to transit through the U.S. to avoid “sending the wrong signal to Taiwanese independence forces.”

U.S. lawmakers often meet with Taiwanese presidents when they transit through the U.S.

American relations with China have been somewhat rocky recently, following a precedent-breaking phone call between President-elect Donald Trump and Tsai earlier this month. No U.S. president-elect has spoken with a Taiwanese head of state since diplomatic ties were severed in 1979 - until Mr. Trump.

The Trump transition team said the two discussed “the close economic, political and security ties ... between Taiwan and the United States” and that President Tsai Ing-wen congratulated the president-elect on his victory.

After the conversation, China’s foreign minister described the controversial call as a “little trick” by Taiwan, and the Chinese government contacted the Obama White House to file an official complaint.