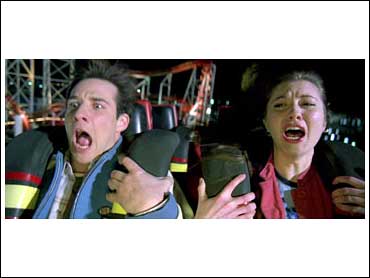 Taiwan's leader, branded a separatist by Beijing's leadership, said in an interview that he won't rule out the possibility of unifying this democratic island with China, a U.S. magazine has reported.

President Chen Shui-bian was quoted by Time magazine's Asia edition as saying, "Who knows if these two separate countries (Taiwan and China) might become one over time? We do not exclude any possibilities for the future."

Chen's reported comments for the Feb. 23 edition of Time were much more moderate than other remarks he has made about China in the run-up to the March 20 presidential election.

In recent months, the president — who is running for reelection — has been less conciliatory and has leaned more toward pushing for a permanent split with China.

The two sides have been ruled separately since the Communists won a civil war and took over China in 1949. Unification is a sacred goal for Chinese leaders. But the Taiwanese consider Beijing's rulers to be repressive and have been extremely reluctant to join the mainland as long as the Communists are in control.

Since the two sides split, their leaders have never met, and Chen has made little progress setting up a summit during his four years in office.

Chinese leaders have argued that Taiwan is an inseparable part of one China and that Chen must agree to this before any talks can begin.

But Chen has rejected Beijing's "one-China principle," and he has also opposed China's unification blueprint, called "one country, two systems."

Beijing says the arrangement would be similar to the one used by the former British colony of Hong Kong when it returned to Chinese rule in 1997. China said it would give Taiwan a wide degree of autonomy.

Chen has repeatedly urged China to agree to holding talks without preconditions. He has said that he would like to discuss a "future one China."

Time also quoted Chen as saying, "I think that even if Taiwan were to surrender, they (China) would still say that we are not sincere enough. What China fears the most is Taiwan's democracy. We must walk our own way, walk the right way."

U.S. policy on Taiwan walks a tightrope: the U.S. is committed to a "one China" policy and does not maintain an Embassy in Taiwan. But federal law also requires the United States to ensure Taiwan is not invaded, and the country receives millions in U.S. military aid.