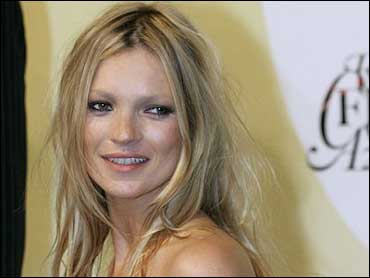 A lawyer for a British newspaper apologized to model Kate Moss on Wednesday, acknowledging that an article alleging she took large amounts of cocaine and collapsed into a coma. Her lawyer said she accepted substantial libel damages.

The article published in Britain's Sunday Mirror newspaper and on the newspaper's Web site in January alleged that during a visit to Barcelona in June 2001 Moss collapsed into a drug-induced coma and had to be revived after taking large amounts of cocaine.

Tyrrell said the newspaper's publisher Mirror Group Newspapers Limited accepted that the allegations were false and should not have been published. He said the two parties had agreed on a substantial figure in damages, but he did not say what the amount was.

The newspaper's lawyer Philip Conway acknowledged the allegations made against the model were wrong, and apologized for the distress and embarrassment caused.

Moss, 31, was not present at the High Court in London for the settlement hearing.