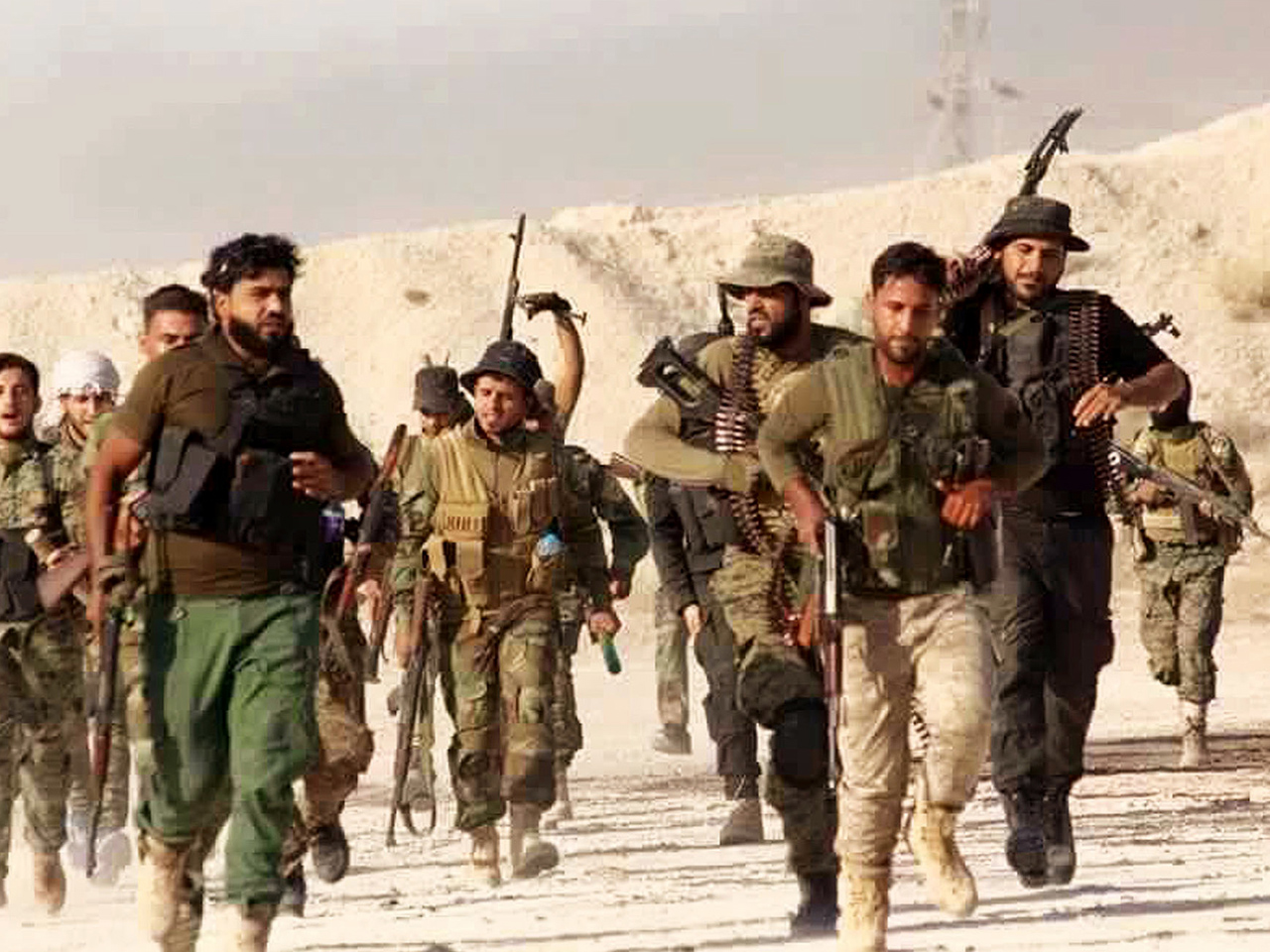 BEIRUT - The call came around noon, about four hours after U.S.-backed Syrian fighters announced they had taken over an air base outside a town held by the Islamic State of Iraq and Syria near the Iraqi border. "We are trapped. Pray for us," a commander called into the operation room.

Then communication was cut. Six hours later, the exhausted fighters from the group, known as the New Syrian Army, returned to their base in Tanf, nearly 150 miles across the desert to the west, having lost four fighters, four vehicles and ammunition.

The swift, humiliating defeat last Wednesday marked the end of a widely advertised offensive launched less than 24 hours earlier with intense U.S.-led air cover. The fighters had hoped to capture Boukamal, a prize possession of ISIS and the extremist group's last border crossing between Iraq and Syria.

The Boukamal offensive was the first serious attempt to take on ISIS in the northeastern province of Deir el-Zour, and the first major test for the nascent force of some 1,000 fighters, formed in November from a coalition of Syrian army defectors, local militias and Islamist fighting groups, many of them from the area.

The quick collapse of the offensive reflects the difficulties the U.S. faces in creating an effective Syrian force against ISIS, given the complex terrain, competing personal and tribal loyalties - and the extremists' continued ability to fight on multiple fronts.

The U.S. has struggled to find local partners in Syria. The exception has been the Kurds, who heavily dominate the U.S.-backed Syrian Democratic Forces, which have had success wresting territory from ISIS in the north.

All other known attempts to train rebel groups have largely failed, in part because of Washington's focus on the fight against ISIS rather than toppling the Syrian government, and its failure to protect its partners from better-equipped rivals.

The offensive on Boukamal, a city of nearly 160,000 people along the Euphrates River - mostly Sunni Arab tribes that move freely between Iraq and Syria - aimed to take advantage of ISIS' focus on defending its northern stronghold of Manbij, which is under attack by the SDF.

Some 200 New Syrian Army fighters took part in the Boukamal operation, according to activists and media reports. They had extensive air support from the U.S.-led coalition, a vote of confidence in the new force, said Jennifer Cafarella, of the Institute for the Study of War. But the group "is definitely not off to a good start," she told The Associated Press.

Commanders of the U.S.-backed militia say they have received extensive training since June last year by U.S. and British special forces, with the Jordanian military playing an advisory role. Activists and observers say the group appears to have equipment and weapons not often seen with other rebels, such as special vehicles for difficult terrain and exclusively U.S.-made small arms.

U.S. officials have not specified the extent of their support for the group, which has been channeled through the Pentagon. The U.S. military refers to the New Syrian Army as a "partner."

The group's first major operation - though much smaller than the Boukamal push - was in March, when it took over Tanf, a smaller ISIS-held crossing on the border with Jordan.

Ahead of the Boukamal offensive, the American-backed fighters posted a number of messages online indicating that an attack was imminent and taunting ISIS as "rats." Days before the New Syrian Army offensive, ISIS announced it had killed five Boukamal residents, describing them as spies.

The fighters made gains early on, taking the small Hamdan air base - but then the offensive quickly unraveled.

A member of the New Syrian Army debriefed on the battle said the American-backed force closed two or three routes to the base but left another one unguarded. ISIS then used that approach to attack and surround the facility. The member of the force spoke on condition of anonymity because he was not authorized to speak to reporters.

After hours of fighting and heavy airstrikes, the U.S.-backed fighters found a way to escape, but were chased for six hours. Reinforcement from a separate U.S.-backed brigade arrived, the group member said, adding that some tribal members in the area offered logistical support but didn't take part in the fighting.

The spokesman for the U.S.-led coalition, Col. Christopher Garver, described the Boukamal operation as a "very tough fight," and acknowledged it had been a setback. He said the implications will need to be analyzed to determine the way forward.

Analysts and members of the American-backed force believe it has the advantage of being able to draw on local support, unlike Shiite or Kurdish forces. Many Arab Sunni tribes in the area have allied with ISIS, either out of fear of the extremists or anger at the Shiite-led government in Baghdad.

Soon after ISIS declared its so-called caliphate in 2014, some local tribes tried to rise up against it. The extremists responded with a brutal crackdown, shooting and beheading hundreds of members of the prominent Shueitat tribe, which lives in the area north of Boukamal. An estimated 700 to 1,000 tribesmen were killed or are missing.

ISIS recently imposed an internet blackout in Boukamal, in what some saw as an attempt to prevent locals from joining the New Syrian Army. The member of the U.S.-backed force said that at one point during the offensive, ISIS spread rumors online that fighters had entered the city, hoping to expose and arrest "sleeper cells" who tried to help the New Syrian Army.

Khaled al-Hamad, a member of one of the main component groups of the New Syrian Army, said they had hoped for support from Iraqi Sunni tribal fighters, but it didn't materialize.

Jordanian military analyst Fayez al-Duweri said any sleeper cells in areas controlled by ISIS "will not move until they are certain that IS will be defeated because they know the group's brutality."

The spokesman for the New Syrian Army insisted his group was not a lost cause, despite the defeat.

"This was a strike in the heart of the so-called Daesh state amid its core of supporters," Mozahem al-Saloum said. "The desert is their playing field, and we tackled them in it to strike at their stronghold."