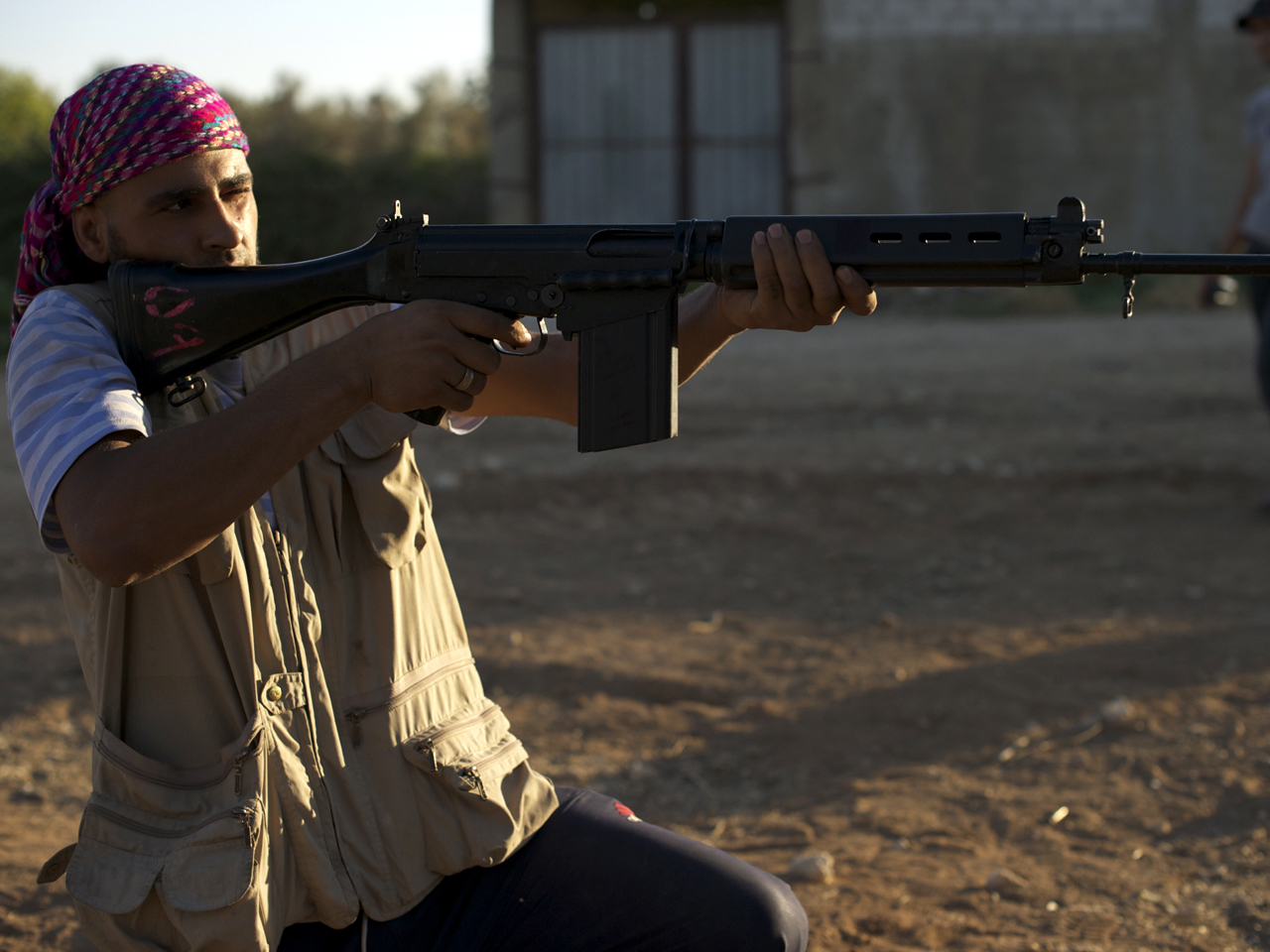 (CBS/AP) BEIRUT - Syrian troops launched a broad ground assault Wednesday on rebel-held areas of the besieged city of Aleppo and activists reported clashes as opposition forces fought back in a battle that has raged for more than two weeks.

The official SANA news agency claimed regime forces have fully regained control on Salaheddine — the main rebel stronghold in the northern city. It said the military inflicted heavy losses upon "armed terrorist groups," the government's catchall term for its opponents.

But Abdel Qader Saleh, commander of the Free Syrian Army unit fighting in Salaheddine, known as the al-Tawheed brigade, denied to CBS News' Khaled Wassef reports of the rebels' withdrawal from the area.

President Bashar Assad's regime has suffered a series of setbacks over the past month that point to mounting chaos in the country after a 17-month-uprising that has morphed into civil war. Four senior security officials were assassinated in Damascus, there have been a string of high-level defections including the prime minister this week, and government forces have struggled to put down rebel challenges in Damascus and Aleppo.

The regime has far more powerful weapons than the rebels and still has a firm grip on much of the country.

However, reporter Reese Erlich told CBS Radio News from Antakya, Turkey, near the Syrian border, that while Assad's regime is busy in Aleppo, and to some extent in Damascus, Assad's had to shift forces away from the Kurdish region. That's left a big opening for the opposition, which is growing much stronger in Kurdish areas than before. There are demonstrations of hundreds, sometimes thousands of people, in the Kurdish city of Qamishli, Erlich reports.

Aleppo, the largest city in Syria and its commercial center, holds great symbolic and strategic importance. Some 25 miles from the Turkish border, it has been a pillar of regime support during the uprising. An opposition victory there would allow easier access for weapons and fighters from Turkey, where many rebels are based.

There has been a marked increase in the number of refugees fleeing to Turkey in the past two days as Aleppo-based activists reported fresh clashes. Intense government bombardment of the Syrian town of Tal Rafaat closer to the border also sent scores of people spilling into Turkey for safety, the activists said.

Some 2,400 people crossed into Turkey overnight to escape the escalating violence, Turkey's state-run news agency reported Wednesday. Some 50,000 Syrians have now found refuge in Turkey. Even more refugees have crossed into Jordan and Lebanon.

"Unfortunately, there is a human tragedy going on in Syria," Turkey's Deputy Prime Minister Ali Babacan said Wednesday, keeping up Turkey's criticism of the violence.

The regime has been hit by a wave of defections, most recently by Prime Minister Riad Hijab. On Wednesday, Jordan's information minister said Hijab is in the kingdom, ending speculation about his whereabouts. Sameeh Maaytah said Hijab "entered Jordan in the early hours of dawn today along with several members of his family." Maaytah spoke to the state Petra News Agency. He did not elaborate.

A Jordanian government official said earlier this week that Hijab had defected and fled to the kingdom. But Hijab never appeared in public, raising questions over his whereabouts in the ensuing days.

Assad has been forced to rely on a shrinking list of allies, including Iran. Senior Iranian envoy Saeed Jalili visited Damascus on Tuesday, appearing with Assad in a show of solidarity.

The rebels have blasted Iran's influence in the country and over the weekend, rebel forces intercepted a bus carrying 48 Iranians and kidnapped them. Rebels claimed the men are military personnel, including some members of Iran's powerful Revolutionary Guard, who were on a "reconnaissance mission" to help Assad's crackdown on the uprising.

Iran initially said the 48 were pilgrims visiting a Shiite shrine in Damascus. The Iranian foreign minister said Wednesday that some of the kidnapped Iranians are retired members of the army and Revolutionary Guard.

"The Islamic Republic of Iran has announced openly that some of the pilgrims kidnapped are retired members of the Guard and the Army," Iran's official IRNA news agency quoted Salehi as saying during a visit to Turkey.

"If these people had been dispatched to Syria for specific purposes, then how did they drive in a normal bus without equipment and holding their identification cards?" Salehi asked.