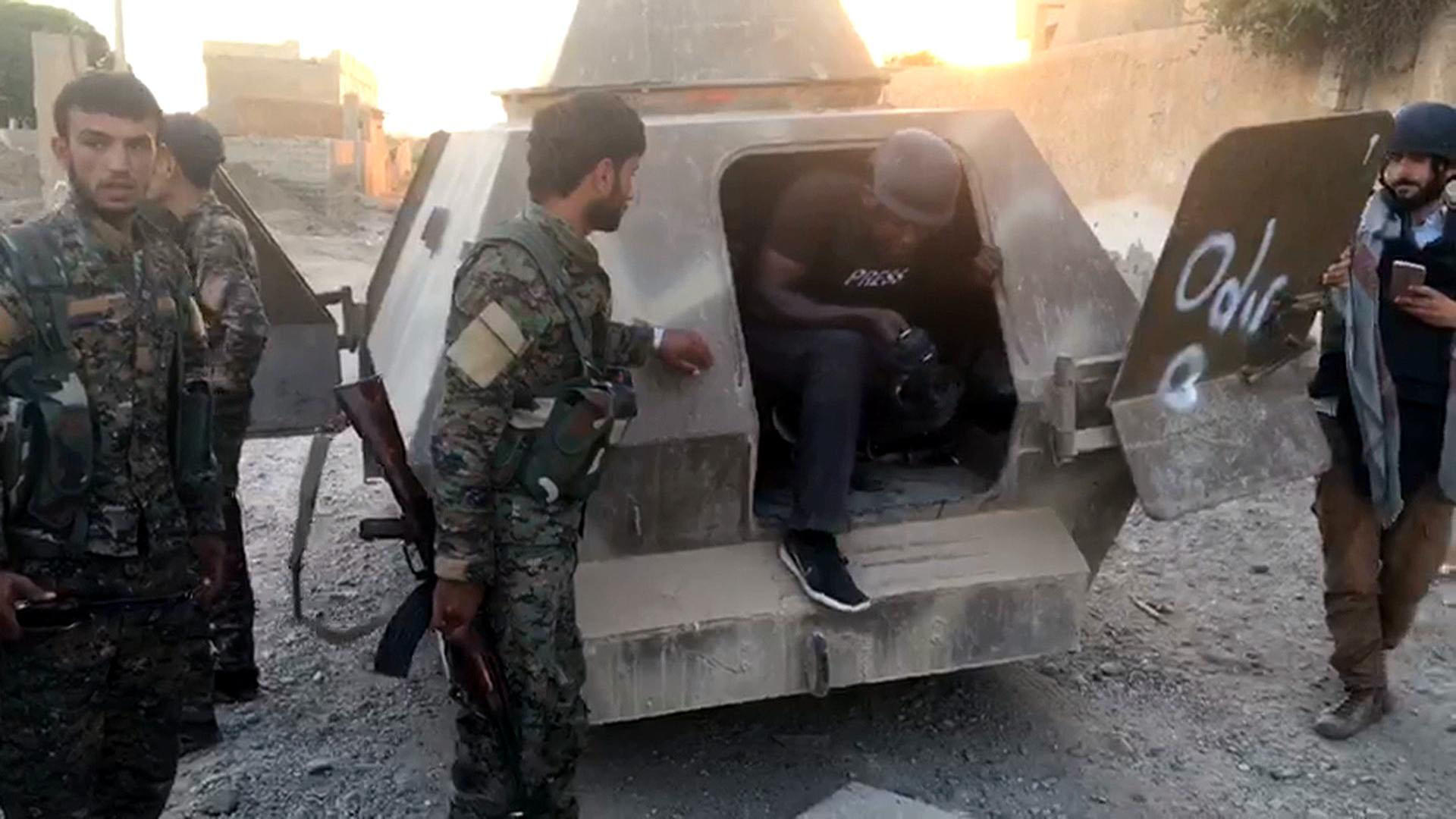 BEIRUT -- U.S.-backed fighters have seized the last road into Raqqa and are moving eastward along the river south of the city, almost completing the siege on the de-facto capital of the Islamic State of Iraq and Syria (ISIS), U.S. officials and a Syria war monitor said Thursday.

A spokesman for the U.S.-led coalition told The Associated Press that the Syrian Democratic Forces (SDF) are now in control of all high-speed routes into Raqqa from the south. The Kurdish-led fighters had been advancing from the city's east after they seized a major stronghold in May, and from the west and north.

"South of the Euphrates river the SDF now control all high-speed routes into Raqqa," Col. Joe Scrocca, spokesman for the U.S-led coalition, said in emails to the AP. Moving toward the Euphrates from the east "would completely encircle the city and has been the SDF plan from the start."

"I think we're in the first 25 or 30 percent of the campaign" for the Syrian city, he said.

The Britain-based Syrian Observatory for Human Rights said a unit of the SDF has seized villages across the river, moving through the Kasret al-Faraj area. The Observatory described it as a "strategic" advance that completes the siege around Raqqa.

"[ISIS] has no other choice now but to surrender or fight to the end," said the Observatory director, Rami Abdurrahman.

Hours after the advances, ISIS militants carried out a counter-attack on SDF forces east of the city, regaining control of sections of al-Sinaa and Mashalab neighborhoods, which were captured in the early days of the offensive, Abdurrahman said. He said there were casualties on both sides.

The Thursday development comes as Iraqi forces captured the famous and hugely symbolic al-Nuri mosque in Mosul where ISIS' leader first declared the "caliphate" nearly three years ago. Three years to the day, Abu Bakr al-Baghdadi made the "caliphate" announcement in an audio recording, before appearing for the first time in public at the mosque days later. The declaration ushered in a period of gruesome violence and an attempt by the militant group to erase borders between the neighboring states.

Scrocca said Syrian fighters have pushed their way from different axes, isolating the city since the campaign began on June 6. The coalition has destroyed all the bridges over the river and the Syrian fighters are in control of the two dams which are the only crossing points remaining, he said. He estimated that 2,500 ISIS fighters remain in the city.

Tightening the noose around Raqqa, the de-facto capital of ISIS since they seized it in July 2014, is another symbolic development in the coordinated fight against the militant group. It effectively seals the territory and denies the militants an escape route to their other stronghold in Deir el-Zour, south of Raqqa.

Speaking in Baghdad, coalition spokesman Ryan Dillon said ISIS fighters have been "abandoned" by their leadership as a "steady stream" of leaders attempted to escape the city, some "successfully." He said in the last week, the SDF have cleared seven and a half square miles of territory in and around Raqqa.

The advance toward Raqqa city began last year, as Kurdish-led forces fought to clear rural parts of the province of the presence of ISIS militants. Backed by airstrikes from the international coalition, the Syrian fighters captured the strategic town of Tabqa in May, and seized one of Syria's major dams that lies nearby. The battle for the city began in earnest on June 6, as the fighters moved in from east, west and north of Raqqa. The fight on the southern front began later this month. Scrocca warned that the fight for Raqqa city has only began.

"There is still much fighting to be done in the city," he said.