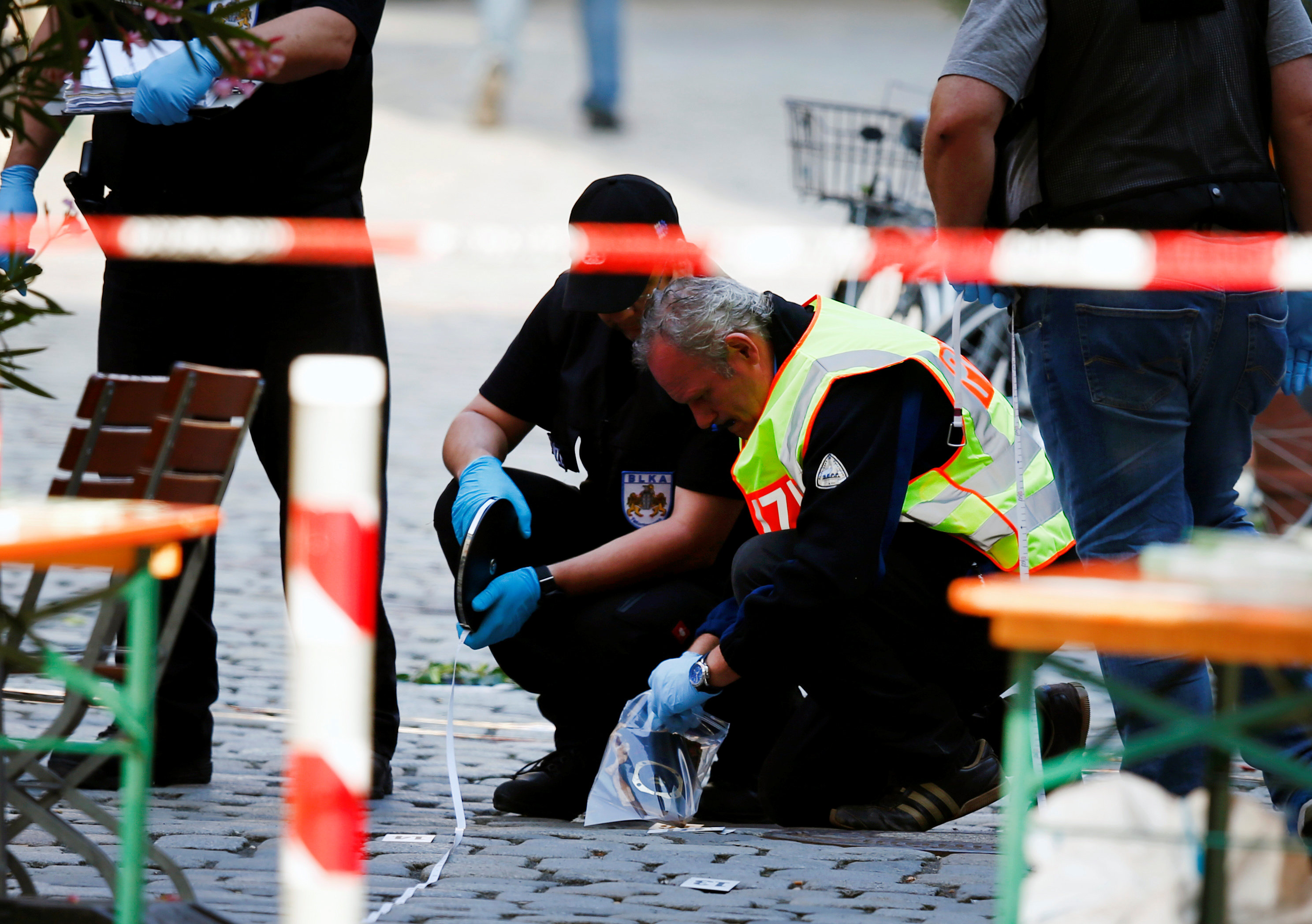 ANSBACH, Germany -- A Syrian man whose asylum bid had been rejected in Germany recorded a cellphone video of himself pledging allegiance to the Islamic State of Iraq and Syria (ISIS) before he tried to get into an outdoor concert with a bomb-laden backpack. He was turned away and blew himself up outside a wine bar instead, injuring 15 people, authorities said Monday.

"We were all petrified," eyewitness to the attack Christian Hartdeck told CBS News.

"There were some people who thought they'd been hit, because bricks had fallen from the roof," he said.

The ISIS-affiliated Amaq News Agency said later on Monday that the bomber had "carried out the operation in response to calls to target countries of the coalition that fights Islamic State," Reuters reported.

Bomb-making materials were also found at the attacker's home, Bavarian interior minister Joachim Herrmann told the press. Officers discovered gasoline, chemicals and other material that could be used to make an explosive device.

The bomber, CBS News' Seth Doane reports, was a 27-year old refugee who had fled war in Syria. He had been denied asylum in Germany and was to be deported to Bulgaria, according to German Interior Ministry Spokesman Tobias Plate, because that was where he had submitted his first asylum request.

He had received two deportation notices, Plate said, with the first being issued on December 22, 2014. More asylum seekers have travelled to Germany than to any other country in the European Union; it received more than a million migrants and refugees in 2015 alone.

The regional interior minister in Ansbach told CBS News that the bomber was known to police, had attempted suicide before, and was receiving psychiatric help.

Monday's explosion is the fourth separate, violent attack in Germany in just a week: Earlier, an Afghan wielding a knife and axe injured five people on a train, a Syrian with a machete killed a woman, and a disturbed 18-year-old opened fire outside a busy shopping center in Munich, Doane reports.

"I cannot tell you why he did this," he continued.

But on Monday authorities said a 16-year-old friend of the Munich shooter may have known of the attack in advance.

Police were able to retrieve a deleted chat from the messaging app WhatsApp, which indicated that the teen, who was arrested late Sunday, may have met with the attacker ahead of the shooting as well as known the attacker was in possession of a pistol.

Investigators said the two teenagers got to know one another in 2015 as in-patients at a psychiatric ward. There, both were being treated for, among other things, online game addiction.