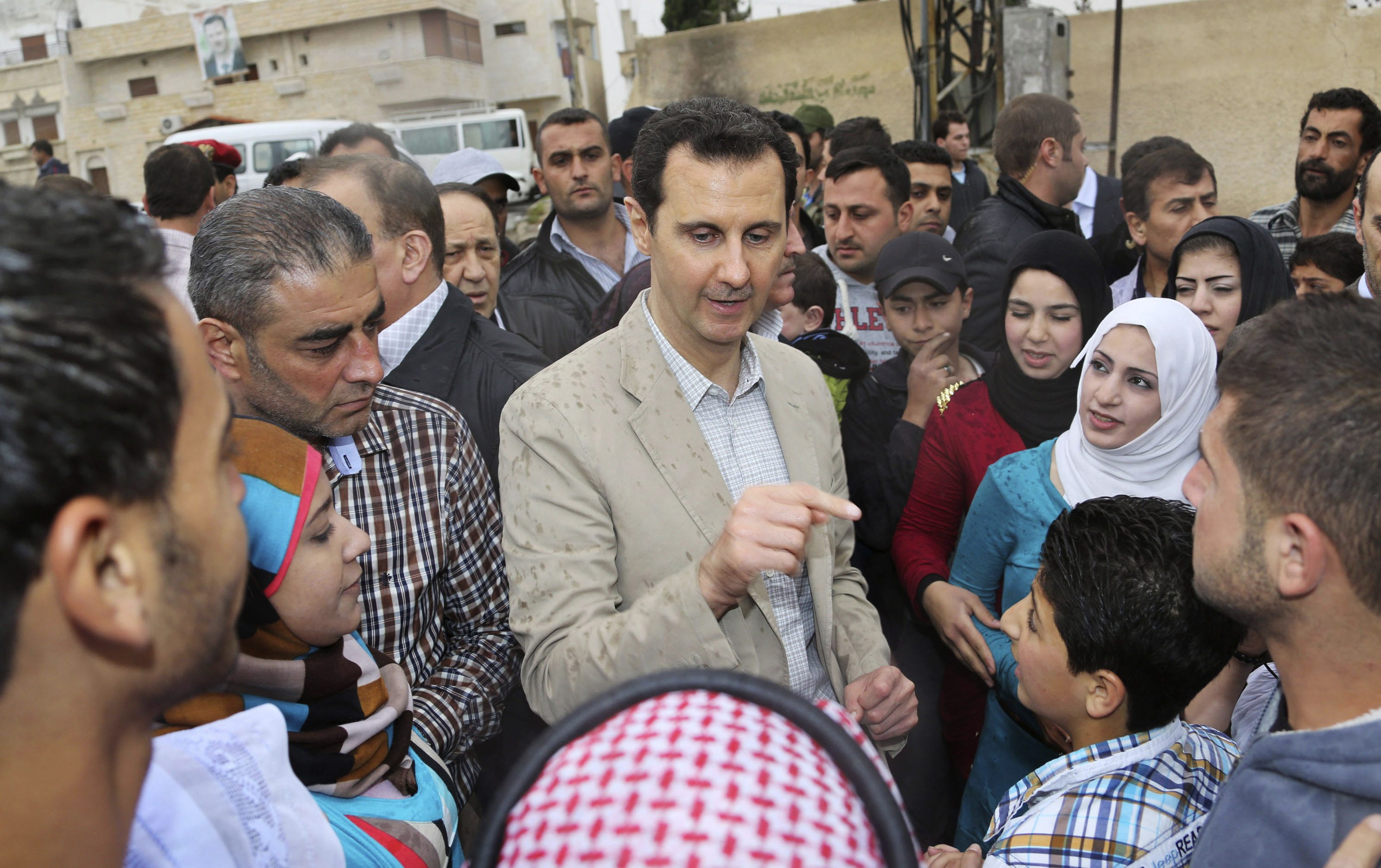 DAMASCUS, Syria -- Syria will hold presidential elections on June 3, the country's parliament speaker said Monday, a vote President Bashar Assad is likely to contest as his nation sinks deeper into a bloody civil war, now in its fourth year.

The announcement came just hours after a pair of mortar shells struck some 320 feet from the parliament building in central Damascus, killing five people, according to state TV.

Assad has been widely expected to seek another seven-year term in office despite the uprising against his rule. The conflict that has engulfed the nation since March 2011 has killed over 150,000 people and forced one-third of the country's population from their homes.

Parliament Speaker Mohammed Laham said candidates seeking to run for president can register their candidacy from Tuesday, April 22, until May 1.

"I call on the citizens of the Syrian Arab republic, inside and outside (the country) to exercise their right in electing a president," Laham said from parliament in comments broadcast live on state-run television.

Rebels said the mortars that hit near the parliament on Monday were a message to Assad that he and his supporters are not safe. The opposition fighters say their attacks at the symbols of Assad's powerbase are punishing pro-government forces for besieging areas controlled by the opposition, denying residents there food, clean water and medical aid, and for dropping crude bombs on residential areas.

However, the election announcement reflected the determination of the Assad government to prevail on the political scene and its resurgent confidence, given the momentum of the war, which has lately seen significant advances by the pro-Assad forces.

Syrians living outside of the country - including over 2 million refugees in neighboring states - may start voting earlier, from May 28, Laham said.

Assad has not publicly said whether he would run, but in recent months he appeared to be in campaigning mode, visiting areas recently wrested by his forces from the rebels, where he has been greeted by seemingly ecstatic residents.

On Sunday, he visited the ancient Christian village of Maaloula, where he projected the image of being a protector of Syria's mosaic of religious minorities, many of whom feel threatened by the majority Sunni rebels.

No one immediately claimed responsibility for Monday's mortars, but two pro-rebel activists said they were fired by opposition fighters in the town of Mleeha in the Ghouta area, where battles have been raging for weeks.

"It's a warning from the opposition: we know where you (Assad) are, where you are going, and we will try to get you," said an activist who uses the name Mazen al-Shami, speaking on Skype from Ghouta.

Pro-government forces, including Iraqi Shiites who fight alongside Syrian soldiers, have been trying to seize Ghouta from the rebels, dominated by the Army of Islam Brigade, according to another an activist from Ghouta who use the name Amar al-Hassan.

The brigade is part of the Islamic Front, a coalition of Islamic fighting groups, ranging from al Qaeda inspired hardliners to conservative groups.

Monday's election announcement was expected since Syrian law says the vote must be held between 60 and 90 days before Assad's seven-year term ends on July 17. Earlier this month, the Syrian parliament approved an electoral law opening the door - at least in theory - to potential contenders besides Assad.

The law states that any candidate running for president must have lived in Syria for the past 10 years and cannot have any other citizenship, apparently to prevent opposition figures in exile from running.