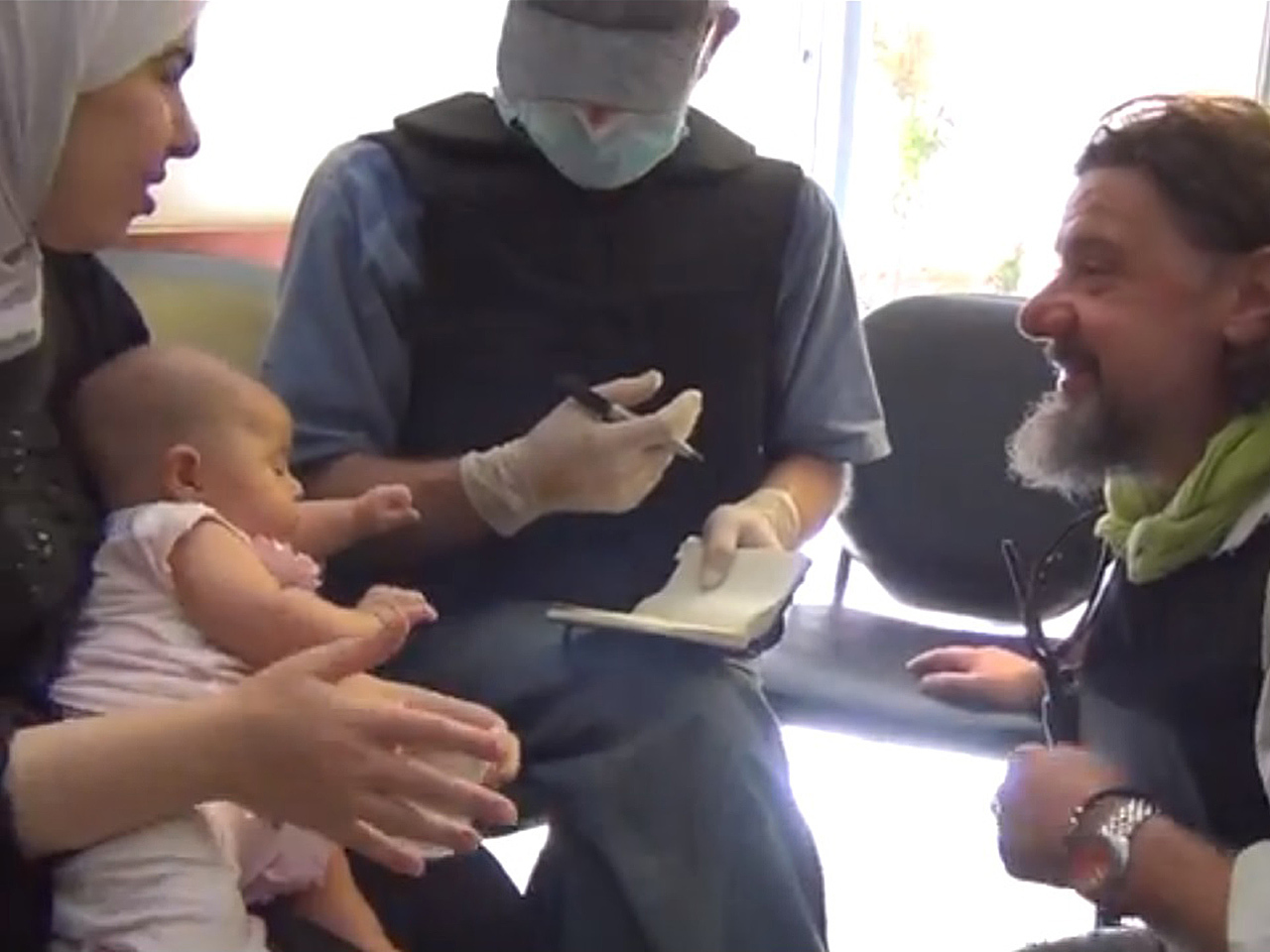 UNITED NATIONS The five permanent members of the U.N. Security Council failed to reach an agreement Wednesday on a British-proposed resolution that would authorize the use of military force against Syria, as the U.N. chief pleaded for more time for diplomacy.

The draft resolution — if it were to be put to a vote — would almost certainly be vetoed by Russia and China, which have blocked past attempts to sanction President Bashar Assad's regime.

Late Wednesday, Britain's mission to the U.N. said no decision had been made on moving forward with its resolution, CBS News foreign affairs analyst Pamela Falk reports from U.N. headquarters in New York.

After the council fell short of reaching an agreement, State Department deputy spokeswoman Marie Harf told reporters in Washington that the U.S. sees "no avenue forward" given Russia's past opposition to action by the council on Syria.

"We've consistently said that we support U.N. Security Council action," Harf told reporters. "Instead, what we've seen, not just today, not just last week, but over the course of many months, is the Russians at every move doing things to fail to hold the Syrian regime accountable."

Britain put forth the proposal Wednesday as momentum seemed to be building among Western allies for a strike against Syria. U.S. officials, including Vice President Joe Biden, have charged that Assad's government used deadly chemical weapons near Damascus last week.

The U.S. has not presented concrete proof, and U.N. inspectors currently in Syria to investigate alleged chemical attacks have not endorsed the allegations.

The American government's assessment is based on the circumstantial evidence from videos posted on the Internet, and, as CBS News correspondent David Martin reported Tuesday, intelligence - much of it still classified - ranging from intercepted Syrian communications to tests of tissue samples taken from victims.

The U.N. envoy to Syria, Lakhdar Brahimi, said Wednesday that evidence suggests some kind of "substance" was used that killed hundreds on Aug. 21.

Falk reports that the five permanent members of the Security Council met in a closed-door, informal meeting to discuss the U.K. resolution Wednesday morning, with Russia and China leaving after an hour and the U.S., France and the U.K. remaining for another hour.

None of the countries' representatives, including U.S. Ambassador Samantha Power and British Ambassador Mark Lyall Grant, commented on a plan to move forward.

After the ambassadors met, the draft resolution was being sent back to their governments for consultations, according to a Western diplomat, who spoke to The Associated Press on condition of anonymity because the discussions were private.

The diplomat said Russia reiterated its objections to international intervention in the Syrian crisis.

A spokesman for British Prime Minister David Cameron said in London that the British draft resolution would authorize "all necessary measures under Chapter 7 of the U.N. Charter to protect civilians from chemical weapons."

Chapter 7 allows the use of international armed force to back up U.N. decisions.

Speaking Wednesday from The Hague, Secretary General Ban Ki-moon said no action should be taken until the U.N. chemical weapons inspectors finish their work.

"Let them conclude ... their work for four days and then we will have to analyze scientifically" their findings and send a report to the Security Council, he said.

The U.N. said the analysis would be done "as quickly as possible."

Ban also pleaded for more time to give diplomacy another chance to end the more than two-year conflict that has killed more than 100,000 people.

But the secretary-general added that the Security Council must not go "missing in action."

Fear of a dramatic escalation in the two-and-a-half-year conflict prompted some 6,000 Syrians to flee into Lebanon over a 24-hour period, or more than six times the average daily flow.

A jittery Israel ordered a special call-up of reserve troops Wednesday as residents lined up at gas-mask distribution centers, preparing for possible hostilities with Syria.

A week after the purported attack, momentum has been building for a possible strike by the U.S. and its allies against the Assad regime.

At the same time, Syria's main allies Russia and Iran warned of dire consequences for the region if a military intervention is launched.

Syria, which sits on one of the world's largest stockpiles of chemical weapons, has denied the charges.

Local opposition activists told CBS News that a convoy of U.N. inspectors had reached the town of Mleiha, in the sprawling Ghouta area, and videos posted online by the activists showed them interviewing patients at clinics in Mleiha and the nearby town of Zamalka.

One video showed the inspectors visiting a clinic and interviewing a man through a translator. Two inspectors were present as a nurse leaned over a man lying on an exam table. One of the experts is heard in the video saying he and his team members have collected blood, urine and hair samples.

One activist said the team took hair and skin samples of five suspected victims in Zamalka during a 90-minute visit. He spoke on condition of anonymity for fear of regime reprisals.

The U.N. team in Syria did not issue a statement about Wednesday's trip.

Marking the centenary of a venue for peaceful conflict resolution, the U.N.'s Ban said: "Here in the Peace Palace, let us say: Give peace a chance. Give diplomacy a chance. Stop fighting and start talking."

The growing fear of escalation sent wider ripples across the region.

Lebanese security officials in the country's Bekaa Valley near the border with Syria said at least 6,000 Syrians have crossed into Lebanon in the past 24 hours through the main Masnaa border crossing, including an estimated 4,000 on Wednesday.

The normal daily rate is 500 to 1,000 Syrian refugees coming to Lebanon, depending on the level of fighting.

Witnesses said they saw long lines of cars packed with families and belongings at the crossing. There was also traffic in the other direction — a security official said around 2,000 crossed into Syria on Wednesday — but many of them said they were going in to evacuate relatives from Syria.

"Isn't it enough, all the violence and fighting that we already have in the country, now America wants to bomb us, too?" she said, declining to give her full name for security concerns.

Her husband said they have no one in Lebanon but came anyway because of their children. "What will we do here, where will we go? I don't know — but hopefully we'll be safe."

Nearly 2 million Syrians have fled their country since the crisis began in March 2011, and millions more are displaced inside Syria.

In Israel, the government ordered a "limited" call-up of reserve units to beef up civil defense preparations and to operate air-defense units near the border. Officials said the call-up is anticipated to bring in "hundreds" of troops.

Israel fears that Syria may respond by attacking the Jewish state, a close American ally. While Israeli officials believe the chances of a Syrian strike remain slim, people were clearly preparing for the possibility.

Jordan, meanwhile, said it will not be used as a launching pad for attacks on Syria and the kingdom favors a diplomatic solution to the crisis. A U.S.-led strike would involve cruise missile attacks from the sea, which would not need to cross or make use of Jordanian territory.

But the remarks underline the U.S. ally's efforts to avoid further friction with its larger neighbor for fear that Assad or his Iranian backers could retaliate.

The remarks come a day after Jordan hosted a meeting of top commanders from Western and Middle Eastern countries, including some that are likely to participate in a military action.

"Jordan will not be a launching pad for any military action against Syria," said Information Minister Mohammad Momani.

NATO Secretary-General Anders Fogh Rasmussen said in a statement that any use of chemical weapons is unacceptable and a threat to international peace and security.

He stopped short, however, of squarely putting the responsibility on the Assad regime, citing only "information available from a wide variety of sources" as pointing to the Syrian regime as being behind the attack.

Two of Syria's staunchest backers, Iran and Russia, warned of dire consequences if the U.S. and its allies attack in Syria.

Such strikes "will lead to the long-term destabilization of the situation in the country and the region," said Russian Foreign Minister Sergey Lavrov.

"Intervention of foreign and extra-regional powers in a country has no result other than sparking fire," Iran's state TV quoted Khamenei as saying. "Waging a war is like a spark in a gunpowder store ... its dimensions and consequences can't be predicted."