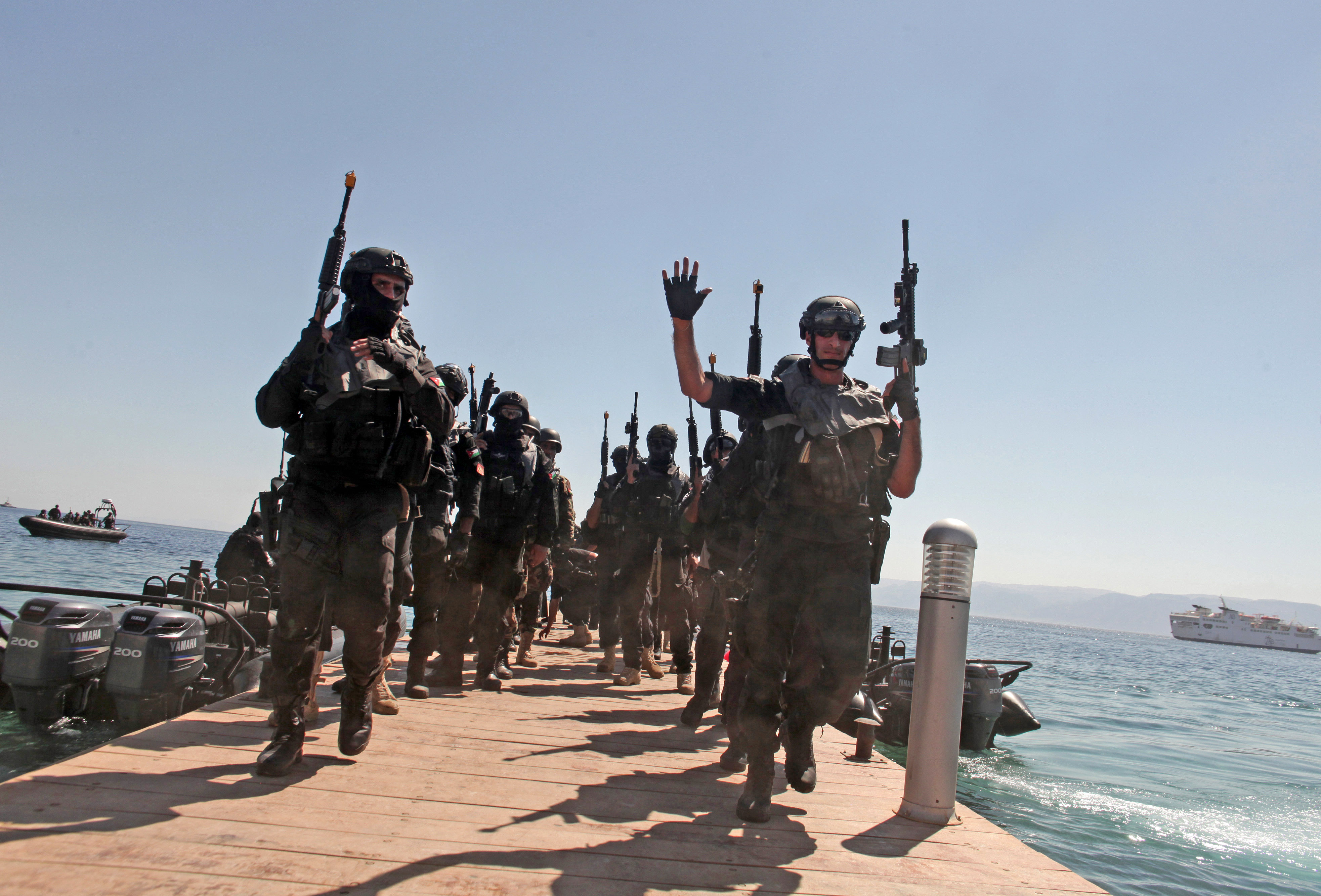 AMMAN Jordan will not be used as a launching pad for attacks on Syria and the kingdom favors a diplomatic solution to the crisis, a Jordanian government spokesman said Wednesday.

A U.S.-led strike on Syria in response to the alleged use of chemical weapons by President Bashar Assad's regime likely would involve cruise missile attacks from the sea, which would not need to cross or make use of Jordanian territory.

But the remarks underline the U.S. ally's efforts to avoid further friction with its larger neighbor for fear that Assad or his Iranian backers could retaliate.

The remarks come a day after Jordan hosted a meeting of top commanders from Western and Middle Eastern countries, including some that are likely to participate in a military action.

"Jordan will not be a launching pad for any military action against Syria," said spokesman Mohammad Momani, who is also the country's information minister.

He said Jordan prefers a "diplomatic solution to the Syrian crisis" and called on the international community to "consolidate efforts in that regard."

Similar meetings took place earlier this year in Britain and Qatar. The Jordanian official said more meetings were planned in the near future. He spoke on condition of anonymity because he is not allowed to speak publicly to journalists.

CBS News correspondent Clarissa Ward reported in June that joint military exercises between Jordan and the U.S were intended as a clear warning to the Assad regime that the U.S. was prepared to wield its military might should Syria's war grow into a regional threat.

"It will not help the Syrian people, but aims first and foremost at boosting American and Zionist interests by weakening and dividing Syria and imposing a political regime that would be a puppet to the Americans," the group said in a statement.

The group also warned of the "serious repercussions" on the Palestinian issue, saying a weakened Syria would allow Israel to impose "self-tailored solutions to the lingering Arab-Israeli conflict."