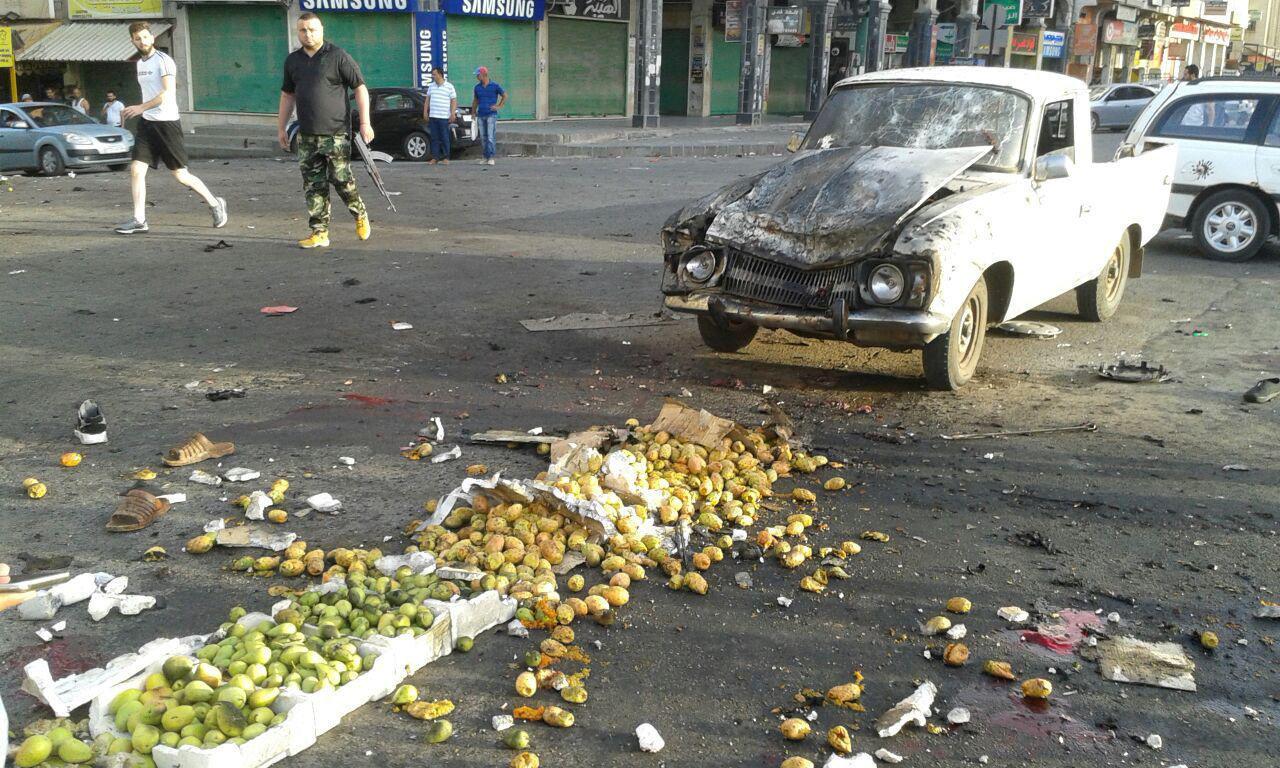 DAMASCUS, Syria -- A series of suicide bombings and attacks in southern Syria, including a suicide bomber who struck at a busy vegetable market, killed 38 people on Wednesday, state media reported, blaming Islamic State of Iraq and Syria (ISIS) militants for the carnage. The attacks, the worst in recent months, were reminiscent of the horrific violence by ISIS that spread mayhem across the country, already ravaged by the civil war.

Al-Ikhbariya state-run TV showed images from several locations in Sweida province where the bombers blew themselves up.

The breakdown of the fatalities from the attack on the vegetable market and from other suicide bombings in the provincial capital, also called Sweida, was not immediately known.

The rare attacks in Sweida and its capital, a predominantly Druze city, came amid a government offensive in the country's south. Government forces are battling an affiliate of ISIS near the frontier with the Israeli-occupied Golan Heights area and the border with Jordan.

ISIS has been largely defeated in Syria and Iraq, but still has pockets of territory it controls in eastern Syria and in the country's south.

Since its offensive in June, Syrian President Bashar Assad's forces have retaken territories controlled by the rebels along the Golan Heights frontier and are now fighting militants in the country's southern tip.

The Britain-based Syrian Observatory for Human Rights also reported a series of suicide blasts and other attacks in the southern province.

The Observatory said the clashes in the Sweida countryside and the bombings in the provincial capital killed 56 people, including 28 pro-government fighters, four attackers and 12 militants. The discrepancy in death tolls is common in the early hours of such large attacks.

Al-Ikhbariya said one of the attackers hit at a vegetable market in the city just after 5 a.m., a busy time for the merchants at the start of their day.

The bomber drove through the market on a motorcycle and blew himself up, the TV station said. The second attacker hit in another busy square in the city. Two other attackers blew themselves up when they were chased by authorities.

The city of Sweida has largely been spared the violence that Syrian cities have witnessed in the years since the conflict started in 2011.

For the southern offensive, government forces redeployed troops from Sweida province last month to attack rebels and ISIS-affiliated militants in the nearby provinces of Daraa and Quneitra.

The government is now in control of Daraa, but continues to battle the ISIS-affiliate militants in Quneitra.