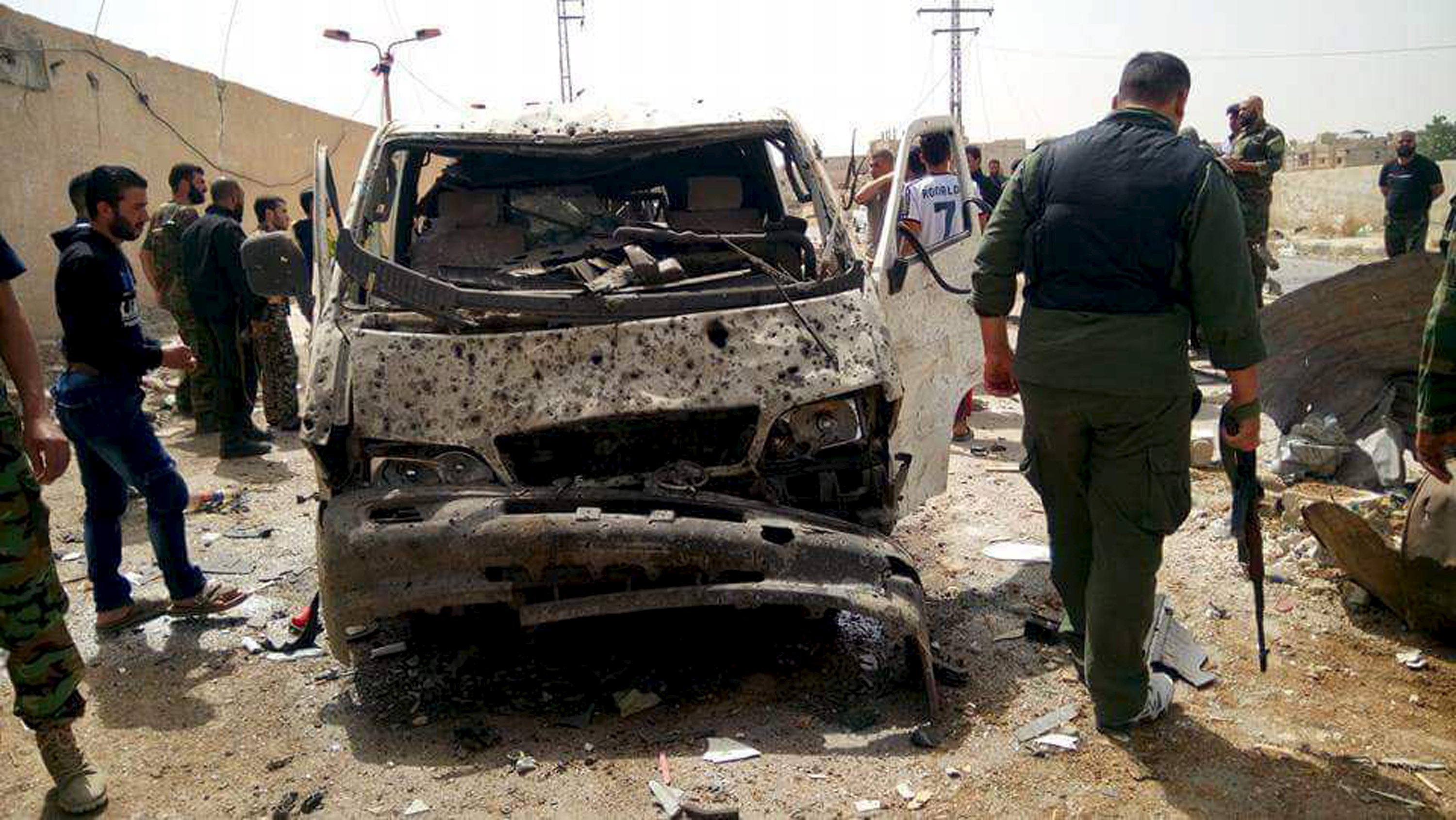 Syrian State television said only that an explosion in Sayyida Zeinab, south of Damascus, had "killed and wounded some people," without providing further information, but sources at the Ministry of Health told CBS News "at least 15 people were killed and more than 80 were admitted to nearby hospitals for immediate treatment in the aftermath of the bombing."

The Shiite-dominated area has been targeted multiple times, including a double bombing attack last month claimed by the Islamic State of Iraq and Syria (ISIS) that left dozens dead and wounded. ISIS is a Sunni Muslim extremist group which does not view followers of the Shiite sect as true Muslims.

Syria's lead negotiator at United Nations-sponsored peace talks taking place in Geneva said Monday that the bomb blast had targeted a hospital, and he pointed to the attack as evidence that the opposition was not interested in forging peace.

"The explosion that the terrorists carried out in the area of Sayyida Zeinab today centred on a hospital," Bashar Ja'afari said before talks with U.N. Special Envoy Staffan de Mistura.

"It took the lives of tens of innocents. So while we had a diplomatic dialogue here, they (the opposition) decided to withdraw (from the talks), you can see that these people are nothing but terrorists," Ja'afari said, according to the Reuters news agency.

The Syrian government draws no distinction between Islamic extremist groups battling to topple President Assad, like ISIS and the al Qaeda affiliate in the country, the Nusra Front, and the Western-backed opposition forces.

The umbrella group representing those opposition rebel forces suspended participation last week on the Geneva talks, citing what it said were repeated violations of the now cease-fire deal.

The head of the umbrella opposition group, the High Negotiations Committee, has said that only Moscow can revive the cease-fire by convincing Syrian President Bashar Assad to reign in his military offensive against rebels across the country.

An eyewitness said ambulances and emergency workers rushed to the site of the explosion in Sayyida Zeinab after the blast, and that security personnel had sealed off the area in fear of follow-up bombings -- a tactic regularly employed by both ISIS and the Nusra Front.

It was not immediately clear who was behind the attacks, but last month ISIS claimed the bombings that killed at least 70 people near the same shrine, saying in an online statement that two of its members had driven explosives-laden cars into crowds of residents.

Another ISIS-claimed attack in January in the same area also left scores dead. The district is home to the grave of a granddaughter of the Prophet Mohammed and is revered by Shiites.

World powers proposed a truce in January as part of a plan that also included expanded humanitarian access to some areas long-cut off by the fighting -- a bid that paved the way for the resumption of the peace talks in Geneva.