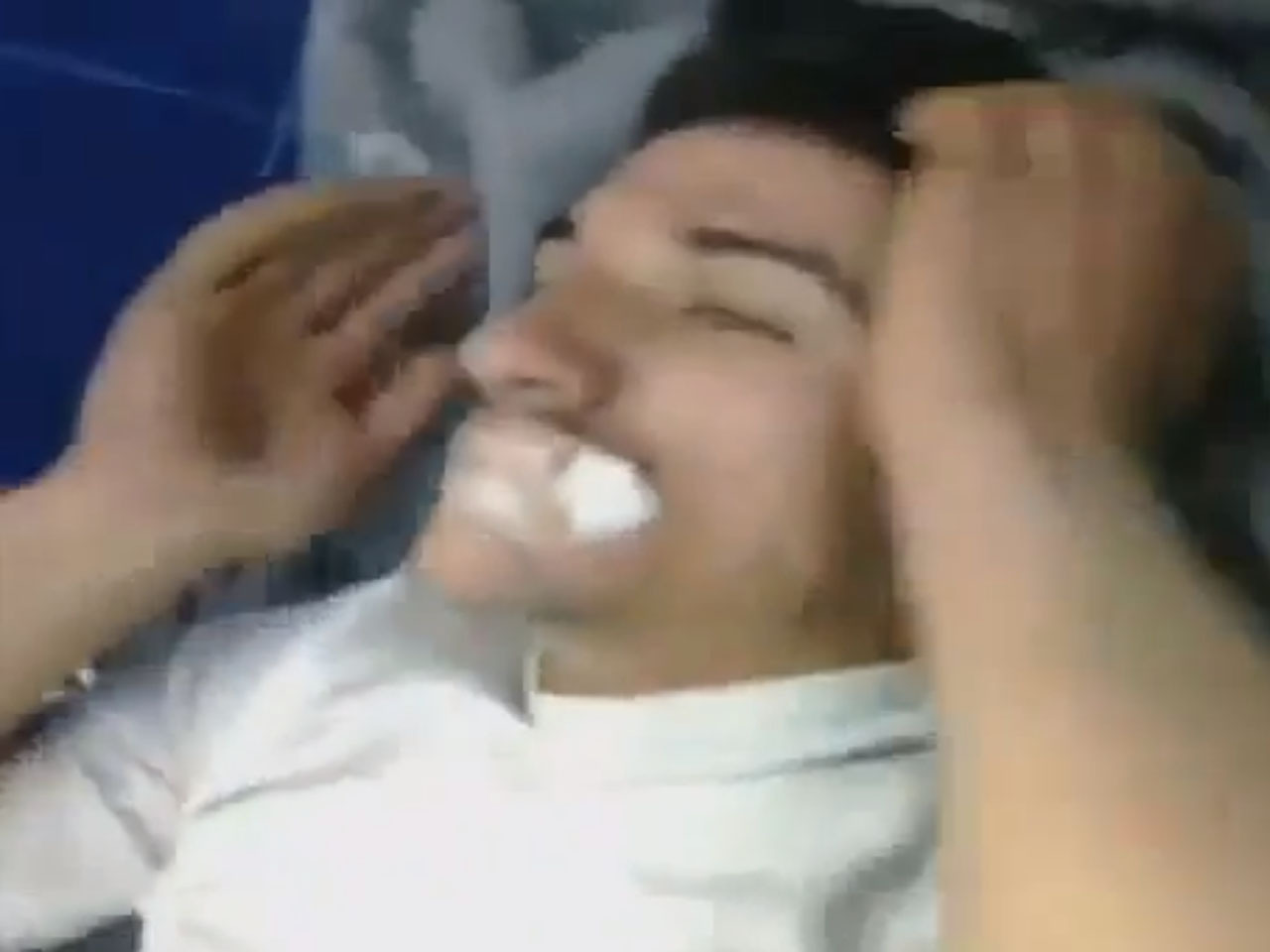 (CBS News) The Obama administration's claim of evidence that shows, "with some degree of varying confidence," that chemical weapons have been used in Syria is significant in the U.S., in terms of trying to establish where President Obama's "red line" on Syria now lies.

In Syria, however, opposition members don't view the cautious shift in stance with much optimism. Rebel fighters and activists on the ground have claimed for months that the regime is using its known stockpiles of deadly chemicals against civilians.

They've offered up at least a dozen videos showing people in field clinics and hospitals -- in rebel-held territory -- who are allegedly suffering from chemical attacks. There has been no way to prove the content of the videos.

White House: "Red line" on Syria not yet crossed
Watch: Will U.S. intervene in Syria?
Complete coverage: After the Arab Spring

The Syrian Opposition Coalition, based in neighboring Turkey, released a statement Thursday after the American officials' remarks, urging the international community to follow through with "real warnings" to the Assad regime.

"Syrians across Aleppo, Homs, and Damascus (Ghouta region), have witnessed and suffered from the use of chemical weapons by the Assad regime, which is why it is imperative for the United Nations and the permanent members of the Security Council to act urgently to put a stop to this. The Assad regime must understand that, as the United Nations, United States, and many other countries stressed, the use of chemical weapons is a red line, and crossing this line will yield serious results.

"We urge the Security Council to ensure that these were not just mere statements, but rather real warnings about the dangers and consequences of using weapons of mass destruction against unarmed civilians," read the statement.

CBS News correspondent Clarissa Ward has traveled extensively inside Syria's war-torn north during the past year, witnessing the violence of the civil war first-hand alongside the rebel fighters.

The opposition members she's spoken with since the Obama administration's cautious change of stance Thursday on the chemical weapons issue make it clear that, to the rebels, it will only be significant at all if it results in a change in U.S. policy on the ground.

"At this stage, they do not believe the U.S. is getting closer" to an intervention in the conflict, Ward told "CBS This Morning" co-hosts Charlie Rose and Norah O'Donnell on Friday.

She said opposition members have developed a "strong conviction that the U.S. does not want to get involved, to get its hands dirty."

Many rebels believe the American government's refusal to provide anything more than humanitarian assistance is indicative of tacit U.S. support for the Assad regime.

With that level of skepticism and conspiracy theory rife on the ground among the opposition, the new rhetoric coming from the White House is unlikely to convince the rebels that real is about to come from the U.S.

What the rebels want, and what they have been asking for since the two-year war began, is heavier weapons, anti-aircraft guns to counter President Assad's air force, and most importantly, an internationally enforced no-fly zone to stop the bombs dropping.