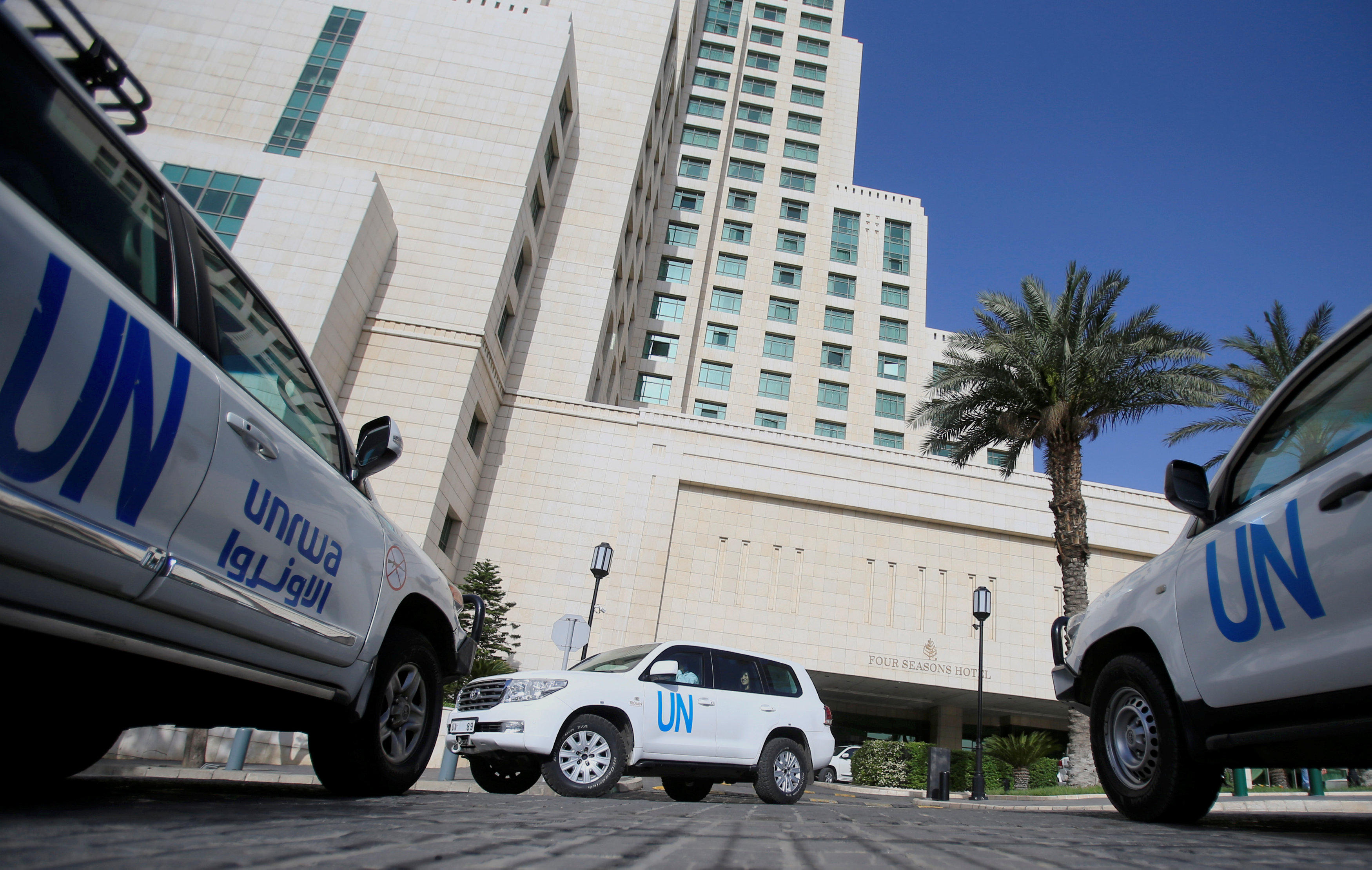 DAMASCUS -- Security concerns were still keeping international experts from inspecting the site of a suspected chemical attack in Syria on Thursday. Inspectors from the Organization for the Prohibition of Chemical Weapons (OPCW) were yet to reach the town of Douma, just outside Damascus, where more than 40 people were reported killed nearly two weeks ago.

As CBS News correspondent Seth Doane reports from the Syrian capital, President Bashar al-Assad's government has denied any use of chemical weapons. But U.S. Secretary of Defense Jim Mattis has warned the delay in the OPCW team's arrival presents a risk that evidence is being tampered with.

The alleged chemical weapons attack led to Western airstrikes against the Syrian government over the weekend.

Earlier this week, Doane and his team were allowed access to the site the weapons experts are still trying to reach. An advance security team from the United Nations withdrew from Douma after coming under small arms fire on Tuesday at one of the sites destined for inspection. There was also a small explosion at the site. That further delayed the international weapons inspectors who arrived in Damascus over the weekend to try to determine what happened on April 7.

Earlier this week, on a visit facilitated by the Syrian government, CBS News found Douma peaceful. People were out on the streets, and starting to clean up.

At the scene of that contested April 7 attack, a man who said he lives next to a building struck by one of the alleged chemical-laden canisters brought Doane and his team into the basement, where he described what said had been a "horrible smell."

But Ziad al-Kahhal told Doane that the "chemicals were dropped here by the terrorists. It's not the regime. The terrorists who were here did this."

He was referring to the rebel fighters who controlled Douma until the Syrian army took it back about a week ago. He described dead bodies scattered through the building.

Upstairs, the brother of one of those killed pointed to the roof when we asked how the chemicals got there, and he showed us a steel canister that he said had delivered the toxins.

The day after CBS News visited the Douma site, Syria's ally Russia broadcast on state TV video of an alleged rebel chemical weapons stockpile, which the Russian military claims it found in the Damascus suburb.

The U.S. and France say they have proof that Syria's government was behind the April 7 attack, but they haven't shared it. Syria continues to deny the attack took place.

The biggest clues may be in the victim's bodies. One neighbor told CBS News he knew that at least several victims had been buried. Western diplomats and weapons experts have underlined that time is of the essence if inspectors are going to figure out exactly what took place.