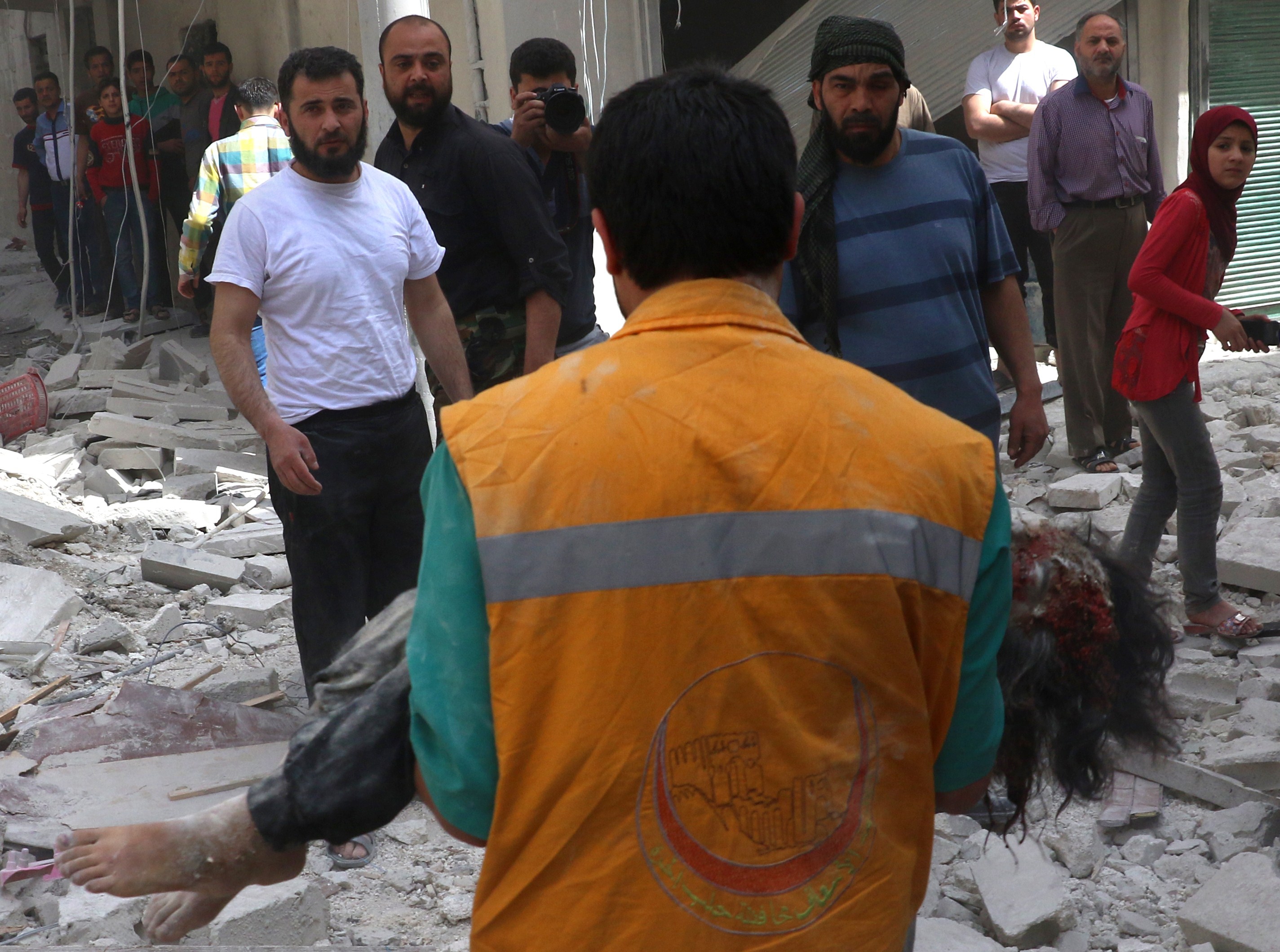 BEIRUT -- Syrian government forces and insurgents have both committed abuses in the contested northern city of Aleppo, but some of the government's actions amount to crimes against humanity, an international rights group said Tuesday.

Aleppo, once Syria's largest city and commercial capital, has been a major battleground in the country's civil war since rebels launched an assault there in mid-2012 that ultimately left the city carved into government- and opposition-held halves. The fighting over the past three years has leveled neighborhoods, touched off a humanitarian crisis and forced hundreds of thousands to flee.

The military's campaign has brought "sheer terror and unbearable suffering," Amnesty said, and forced many civilians "to eke out an existence underground to escape the relentless aerial bombardment."

Amnesty said barrel bomb attacks have killed more than 3,000 civilians in Aleppo governorate last year, and more than 11,000 in the country since 2012.

Syrian officials, including President Assad himself, have repeatedly denied using or pleaded ignorance of the indiscriminate weapons in interviews with CBS News.

"Widespread atrocities, in particular the vicious and unrelenting aerial bombardment of civilian neighborhoods by government forces, have made life for civilians in Aleppo increasingly unbearable. These reprehensible and continual strikes on residential areas point to a policy of deliberately and systematically targeting civilians in attacks that constitute war crimes and crimes against humanity," said Amnesty's Philip Luther.

"By relentlessly and deliberately targeting civilians the Syrian government appears to have adopted a callous policy of collective punishment against the civilian population of Aleppo," he added.

Insurgent groups have also committed abuses in Aleppo by using imprecise weapons such as mortars and improvised rockets against government-controlled neighborhoods, the report said. At least 600 civilians were killed in such attacks in 2014, according to Amnesty.

Armed actors on both sides of the conflict also have committed widespread abuses through torture, arbitrary detention and kidnapping.

Amnesty called on the government and its opponents to end deliberate attacks on civilians, as well as the use of arbitrary arrests, detention and torture.