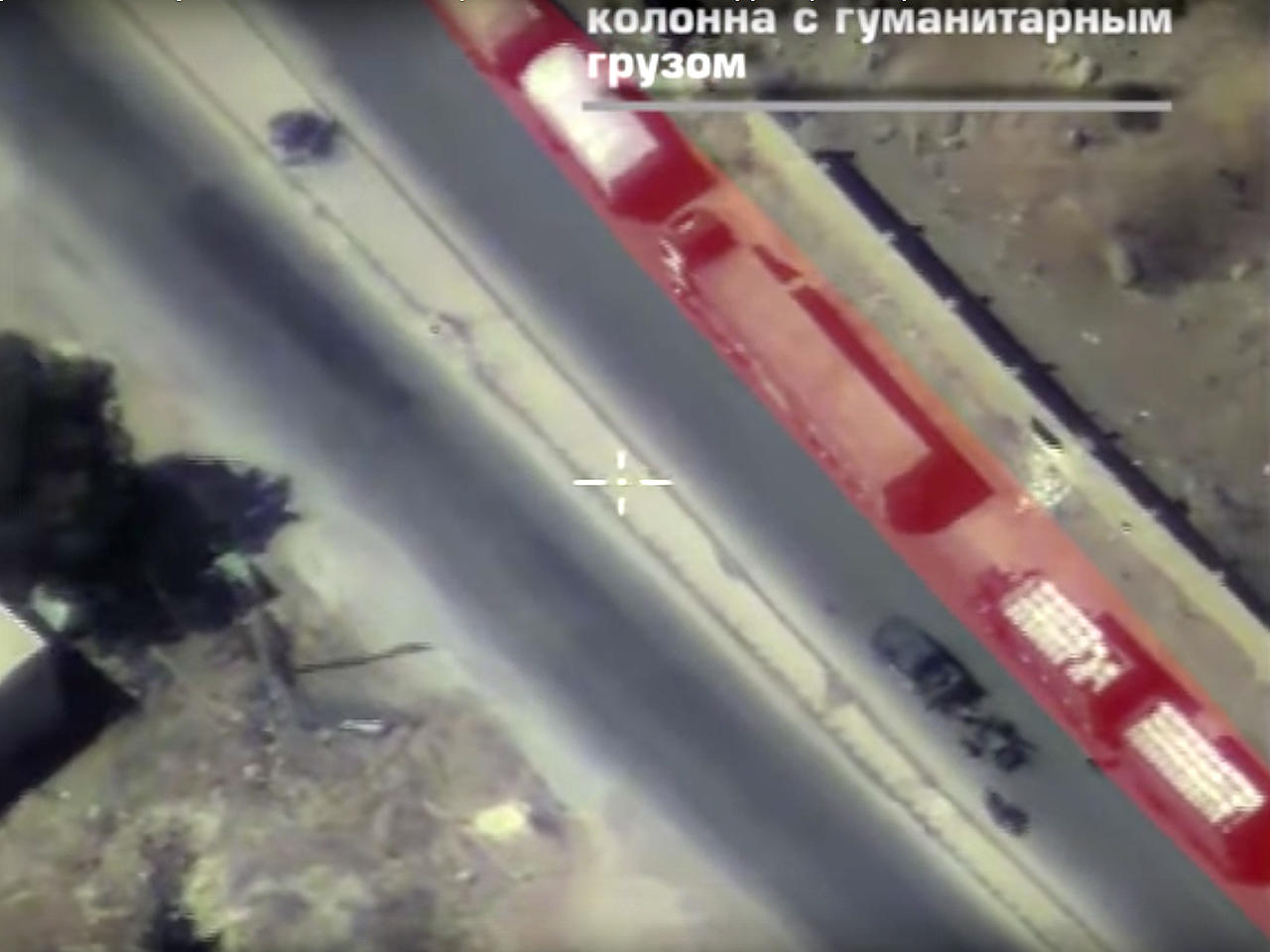 The fresh violence comes after the United Nations said Tuesday it was suspending ground aid deliveries in Syria following the bombing of a humanitarian convoy.

The U.S. is blaming Russia for the airstrike late Monday night, but Moscow denies any involvement and has offered its own theories about what happened.

An estimated 20 civilians were killed, further complicating any chances for a cease-fire in Syria’s civil war.

U.S. officials say a Russian SU-24 attack aircraft was tracked over the aid convoy southwest of Aleppo at the same time -- down to the minute -- that the strike occurred on Monday.

It was the first aid convoy to be allowed into Syria as part of the cease-fire that took effect one week earlier. But the Syrian regime had already declared an end to the cease-fire and resumed its own strikes against opposition fighters in and around Aleppo.

Russia denied hitting the convoy, releasing what it said was video taken by a drone that purportedly shows a rebel vehicle towing an artillery piece shadowing the convoy. Russia suggested that could be what hit the trucks carrying the relief supplies.

The Russian aircraft would have shown up on an electronic map in an operations center in the Persian Gulf country of Qatar, which serves as the headquarters for the U.S.-led air campaign against ISIS.

The command center follows all aircraft flying over Syria, and when “60 Minutes” visited the facility​ last year, the yellow tracks of Russian aircraft were clearly visible on the wall.

On Saturday, that same headquarters authorized a strike by U.S. and allied aircraft which apparently hit a Syrian army camp by mistake. That incident is now under investigation, but the U.S. says it thought it was striking an ISIS position and would not have deliberately targeted the Syrian military.

The cease-fire, which was agreed between the U.S. and Russia, is now in limbo, and so are plans for the two countries to set up a joint operations center for strikes against ISIS.

A military spokesman said the U.S. “is not anticipating any great progress anytime soon.”