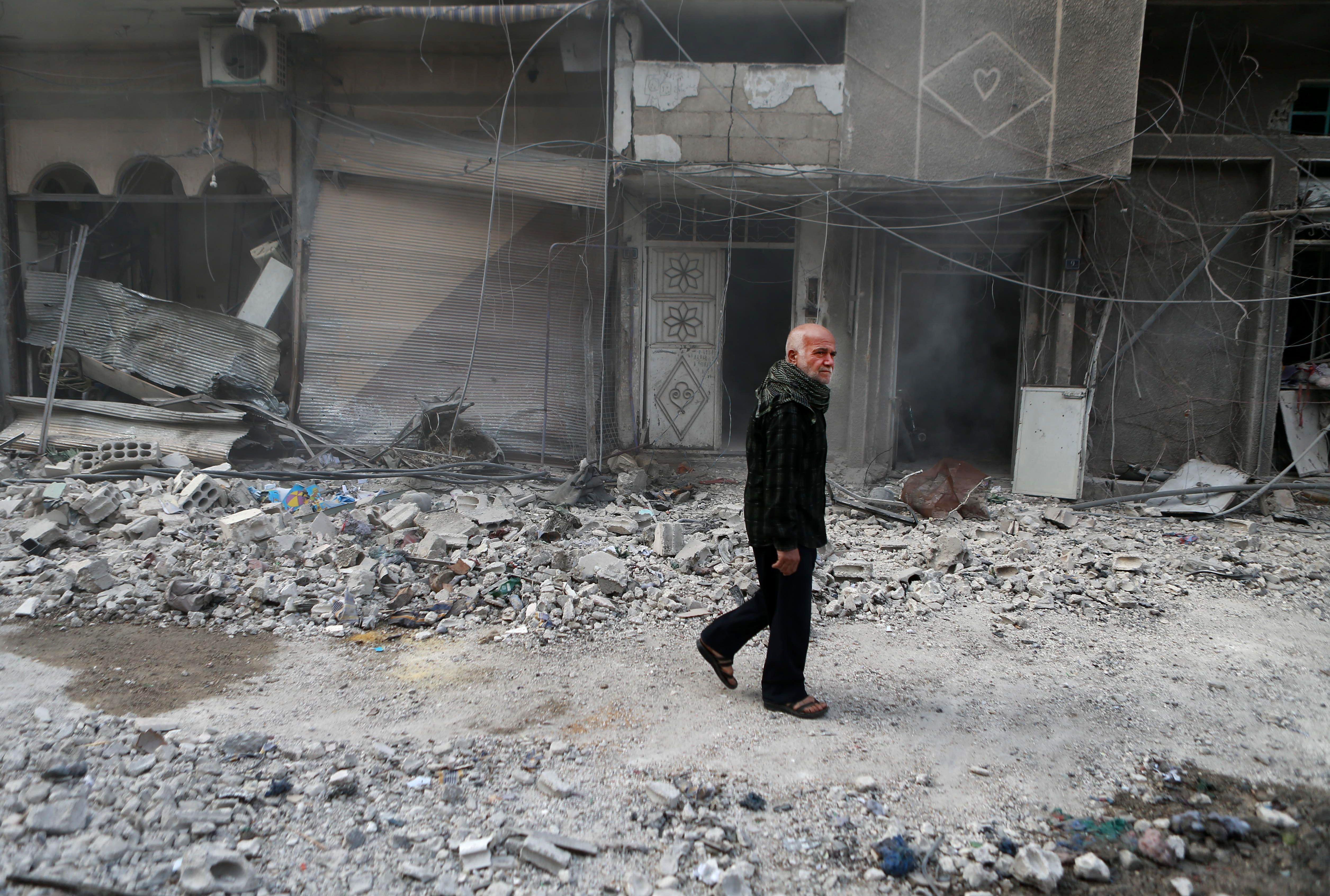 BEIRUT -- Government airstrikes and shelling outside the Syrian capital killed at least 22 civilians, activists reported Sunday, as the fighting showed no signs of letting up ahead of the resumption of U.N. peace talks in Geneva.

The government's jets and artillery launched a wave of strikes on residential areas in the Eastern Ghouta suburbs of Damascus, said the Britain-based Syrian Observatory for Human Rights monitoring group. By midday, 23 people had been killed.

The locally-run Ghouta Media Center said 22 civilians had been killed.

Rescuers arriving at the scene in Misraba, a town in the eastern Ghouta region, picked up the wounded and the dead from where they'd fallen, in streets in a residential area in the town, as seen in a video posted by the Ghouta Media Center and the Syrian Civil Defense search-and-rescue group, also known as the White Helmets.

Rebels in Eastern Ghouta have held out against government forces throughout the nearly seven years of the country's civil war.

Conditions are dire inside the region, which is suffering from shortages of food and medicine due to a government-enforced blockade. The U.N. says there are some 350,000 people in need of immediate humanitarian aid in Eastern Ghouta.

Earlier this month, Syrian rebels attacked a nearby military installation in the area, seizing weapons and ammunition.

The U.N. is slated to resume peace talks between the government and the Syrian opposition in Geneva on Nov. 28. The opposition announced last week it was prepared to enter into direct talks with the government without preconditions, in a departure from earlier positions.

The government has not yet named its delegation to the talks.