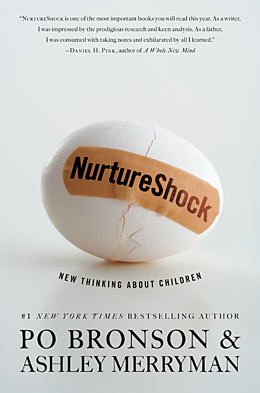 Four former members of the Symbionese Liberation Army pleaded guilty to murder Thursday in the shotgun slaying of a bank customer during a 1975 holdup, virtually ending one of the most notorious and violent sagas of radical 1970s politics.

The four are William Harris; his ex-wife, Emily Montague; Michael Bortin; and Sara Jane Olson, who is already serving 14 years behind bars for a 1975 attempt to blow up two Los Angeles police cars. Each will get six to eight years in prison.

The defendants, now in their 50s and most with families and children, were once members of the radical group that became prominent when it kidnapped newspaper heiress Patricia Hearst in 1974. A fifth suspect in the bank slaying, James Kilgore, 55, has been a fugitive since the 1970s.

Montague admitted in court that she pulled the trigger in shooting 42-year-old Myrna Opsahl during an April 21, 1975, robbery of the Crocker National Bank in suburban Sacramento. Montague received the longest term of eight years.

Montague, 55, fought back tears and said the shotgun discharged accidentally.

"I was horrified at the time," she said. "There has not been a day in the last 27 years that I have not thought of Mrs. Opsahl and the tragedy I brought on her family."

She also denied ever calling Opsahl a "bourgeois pig," as Hearst alleged in her 1982 book, "Every Secret Thing." Montague said she didn't want anyone to think she considered Opsahl's life insignificant.

All four former SLA members apologized to Opsahl's family, sitting in the front row of the courtroom.

"I say that from the bottom of my heart," said Harris, 57, of Oakland. He faces a seven-year sentence, unless he can convince prosecutors and Judge Cecil Thomas to lower it to six years, which Thomas called "an uphill battle."

Olson, 55, of St. Paul, Minn., will receive a six-year sentence, which she would serve after she finishes her sentence for the Los Angeles case.

"I never entered that bank with the intent of harming anyone," Olson said. "I am truly sorry, and I will be sorry until the day I die."

The state Board of Prison Terms in October lengthened Olson's original prison term for the attempted bombing by five years, citing the potential for violence and harm from the multiple intended victims.

During the robbery, Bortin said in court Thursday, he held a handgun that he "waved a little bit" and was the one who announced it was a robbery.

Bortin said the actions of the revolutionary band did "horrible damage" to people who peacefully protested social conditions.

Thursday's guilty pleas and courtroom statements essentially mirror Hearst's account of the robbery that netted $15,000, but wound up with an unintentional shooting.

"Her reaction is basically gratitude that this chapter in her life may now hopefully be finished," said George Martinez, Hearst's attorney.

Before the pleas, prosecutors had been building their case in the 27-year-old robbery and murder. They cited new forensic evidence in bringing the charges after the 1999 arrest of Olson, who had moved to Minnesota in the 1970s, changed her name from Kathleen Soliah and became a housewife and mother. The other three suspects were arrested in January of this year.

After the court hearing, Michael Mason, the FBI's Sacramento-based special agent-in-charge, said the case will remain active until Kilgore is captured, promising, "We will not rest until he, too, is brought to the bar of justice."

Gold cited several reasons for accepting the pleas, including "evidentiary difficulties" that existed even when the case was fresh. Gold also explained that while the defendants were violent criminals at the time, for the last 20 years or more, "each defendant has led an otherwise law-abiding life" and is no longer is a danger to society.

Formal sentencing is scheduled for Feb. 14. All the defendants can withdraw their pleas if the parole board disputes the agreements, authorities said.

Gold said the Opsahl family agreed to the case's resolution as long as the defendant each publicly admitted responsibility for Myrna Opsahl's death.

Opsahl's son, Jon, who was 15 when his mother was killed and led the fight to see her killers prosecuted, said, "I am happy about all of this. I'm glad this whole thing is over, and that truth and justice prevailed in the end. That is what this case is all about."