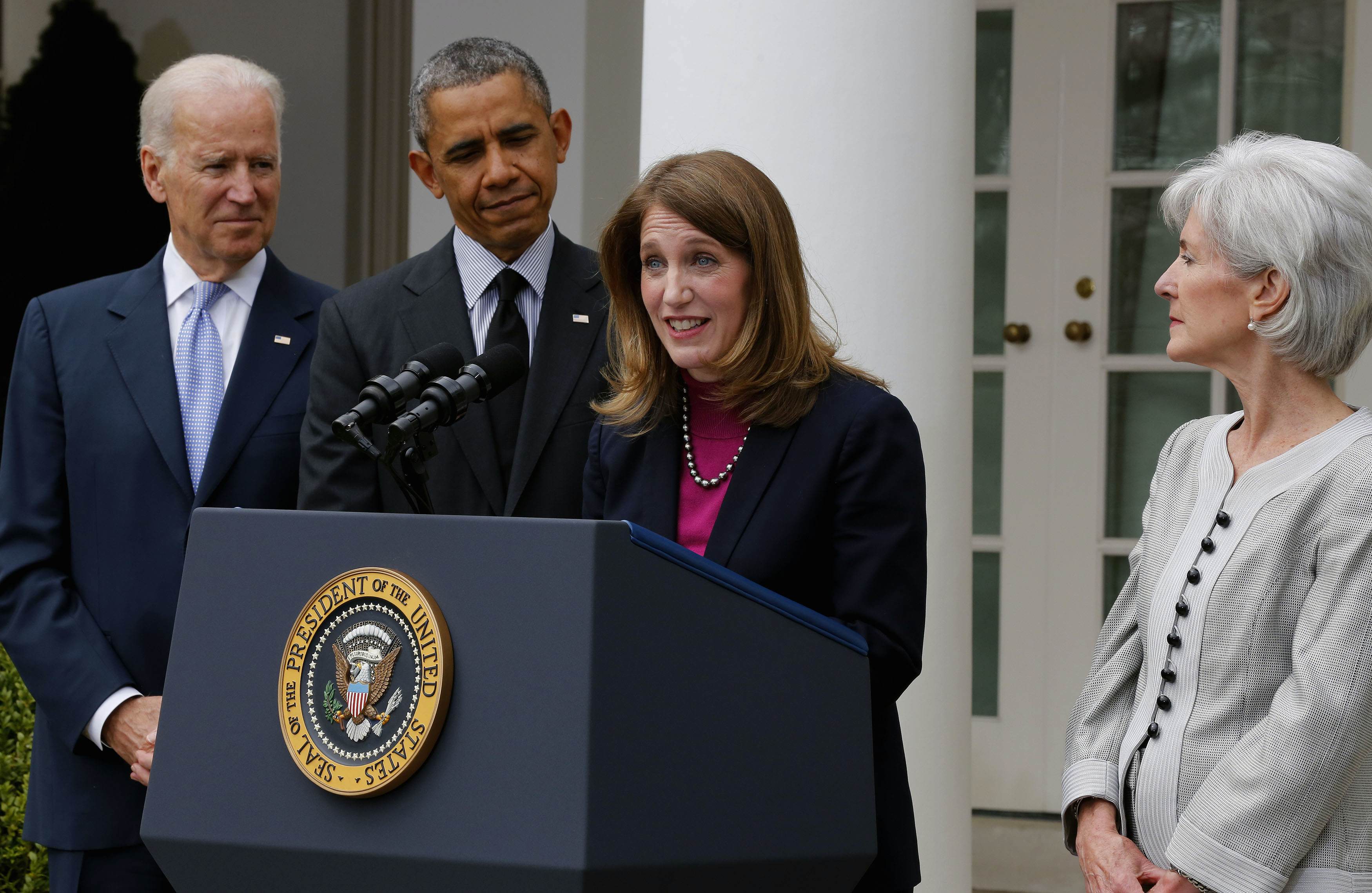 The Senate Finance Committee on Wednesday is poised to give their approval to President Obama's Health and Human Services (HHS) Secretary nominee, Sylvia Mathews Burwell. The vote will move her nomination to the full Senate, where it is again likely to be approved.

Burwell's confirmation process gave Congress one more opportunity to hammer the administration over the Affordable Care Act, yet her nomination has moved through the Senate relatively smoothly. Burwell's strong reputation has head of the Office of Management and Budget accounted in part for the lack of fireworks, but her nomination also happened to come up as Congress shifted its focus from the Affordable Care Act.

Data culled by the nonpartisan watchdog group the Sunlight Foundation shows how talk of Obamacare has slumped in Congress over the past month. In the 19 days that the House and Senate have collectively been in session this month, lawmakers have mentioned "Obamacare" just 75 times. By comparison, in the 23 collective days they were in session in April, lawmakers mentioned "Obamacare" 345 times. The word came up 356 times in March and 369 times in February. References to the "Affordable Care Act" (more commonly used by Democrats) also plunged from April to May.

That doesn't mean, however, that the controversial health law has lost its political potency. Republicans are still exploiting the public's mixed feelings over the law during this year's midterm elections with a slew of negative campaign ads.

The Karl Rove-backed super PAC American Crossroads, along with its nonprofit sister organization Crossroads GPS, launched an ad on Tuesday attacking Sen. Kay Hagan, D-N.C., for her support of Obamacare. The ad kicks off a new, $10 million campaign targeting vulnerable Democrats in four states, the Los Angeles Times reports. Meanwhile, the L.A. Times notes, the the Koch-funded Americans For Prosperity has already spent more than $35 million in anti-Obamacare ads in the 2014 election cycle.

Obamacare has been a prominent issue in virtually every federal election cycle since debate over the law began in 2009. According to an analysis released last week by Kantar Media CMAG, which tracks political ads, it is still overwhelmingly dominant in some parts of the country. For instance, Businessweek notes, 100 percent of the GOP television ads in the New Hampshire and North Carolina Senate races have mentioned Obamacare, according to Kantar. The same is true in 13 House races.

Even with all the talk of Obamacare more than five months ahead of the November elections, veteran New Hampshire Republican strategist Jim Merrill told CBS News that there's no risk of overkill for the GOP. Polling shows the law is still unpopular in the state, he noted, while the law's shortcomings still resonate with voters. As many as 22,000 Granite State residents late last year were told they were losing their insurance coverage because of the Obamacare rollout, while its implementation has seen delays.

"I think as more education is provided to voters about those delays, they're going to see more and more this is a bill that has to go," Merrill said.

Merrill insisted that less Obamacare activity on Capitol Hill won't have an impact on campaign messaging.

"I think there's very little relation to what's actually happening on the ground in the state," he said. "I don't think people are paying attention to what's happening in Washington."