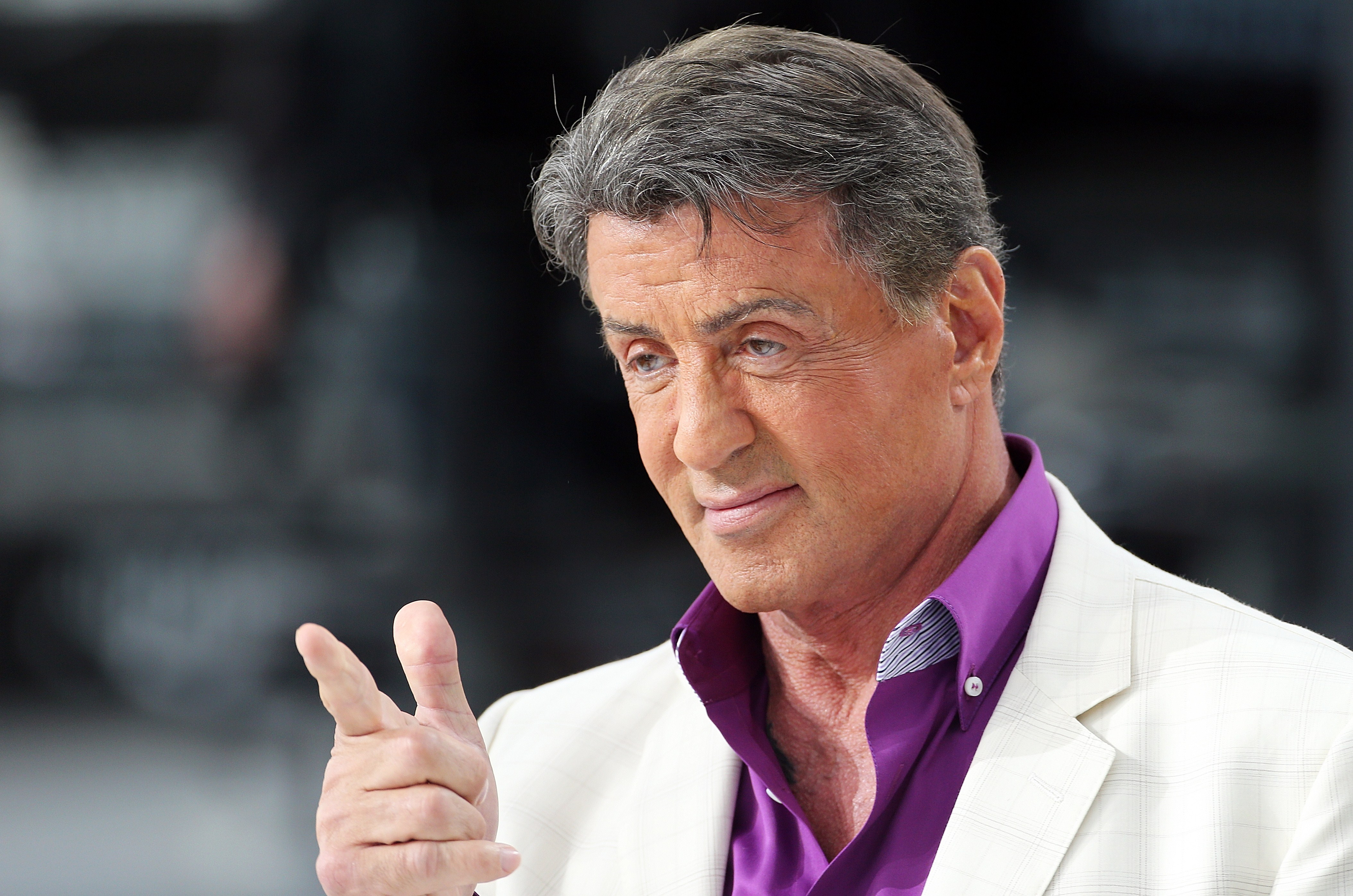 Sylvester Stallone is returning to the big screen as Rocky Balboa after nearly 40 years of playing the character, but the actor said he wasn't always so confident that he made a good Rocky.

The actor appeared on the "Late Show," and when host Stephen Colbert talked about how Stallone refused to give the movie studio the script that he wrote for "Rocky" unless he could play the lead role.

"Was it hard to convince [everyone] that you should be playing it?" asked Colbert, pointing out that Stallone was relatively inexperienced at the time.

"One hundred percent," said Stallone. "I doubted myself. Are you kidding? They said basically over our dead body because at that time you had a lot of young actors who were energetic: Jimmy Caan and Burt Reynolds and Ryan O'Neil.

"Everyone fancied themselves as a fighter and they said who's that guy with the crooked mouth and the droopy -- no, forget him. He looks like a heavy bag, leave him ... I don't know if it could happen today because really, I was not qualified on paper. It was a terrible choice they made; I just got lucky."

We're not sure the academy would agree: The first "Rocky" movie won the Oscar for Best Film in 1977, and Stallone was nominated for awards that year both as an actor and for best screenplay.

"Only Charlie Chaplin and Orson Welles have been nominated in those two categories in the same year," Colbert pointed out.

Stallone stars alongside Michael B. Jordan in the new "Rocky" movie, "Creed." He plays a coach to Jordan's character in the film, which is already garnering strong reviews. "Creed" opens Wednesday.