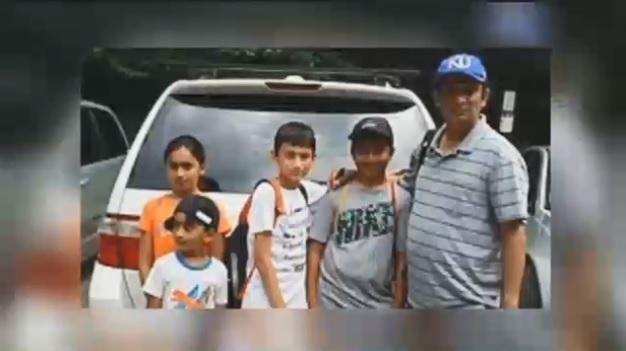 LAWRENCE, Kan. -- An adjunct chemistry instructor living in Kansas who was arrested last week by immigration officials and faced imminent deportation to Bangladesh has been granted a temporary stay of removal but that doesn't mean he will be allowed to stay in the U.S., his attorney said Thursday. Syed Ahmed Jamal, 55, who has lived in the U.S. for more than 30 years, was arrested Jan. 24 in the front yard of his home in Lawrence as he walked his children to school.

Federal Judge Glen Baker, of The Kansas City Immigration Court, issued the stay Wednesday and gave the Department of Homeland Security until Feb. 15 to respond to an emergency motion to stay the deportation and re-open immigration proceedings, attorney Rekha Sharma-Crawford said.

Jamal, who was held after his arrest in Missouri jails, is now in El Paso, Texas, and could be deported immediately -- without time for an appeal -- if Baker rules against him, Sharma-Crawford said. His wife, brother and three children haven't been able to speak to him since his arrest.

If a longer stay is granted, Jamal will address his legal status in immigration court, said his brother, Syed Hussein Jamal, The Kansas City Star reported.

"Basically from here, we're going to fight in court," Syed Hussein Jamal said during a news conference Thursday. "We'll see how it goes."

It was unclear why the Lawrence resident was transferred by Immigration and Customs Enforcement from Morgan County, Missouri, to Platte County, Missouri, to El Paso in one day but Sharma-Crawford said she suspects ICE intended to put him on a flight to Bangladesh without seeing his family again.

ICE officials told The Star earlier this week that a stay of removal is a "temporary humanitarian benefit. The stay is designed to allow the alien to get his/her affairs in order before they return to their home country."

The arrest and possible deportation prompted a backlash, with an online petition drawing more than 58,000 signatures and a GoFundMe campaign raising more than $37,000 in less than a week. Hundreds of sympathizers also contacted members of Congress. U.S. Kansas Republican Reps. Kevin Yoder and Lynn Jenkins, as well as Democrat Rep. Emanuel Cleaver from Missouri, contacted immigration authorities to discuss the case.

On Thursday, his relatives expressed their thanks to supporters.

"I guess I've become an activist," said Jamal's oldest son, Taseen, who is 14.

Taseen told CBS News affiliate KCTV his father came to the U.S. to create a better life for his family.

"He didn't want us to have a life like his parents had," Taseen said. "No one should be able to rip a family apart like this, regardless of their position of power. If they still have the audacity to, I don't know how much human they have left in them."

Syed Ahmed Jamal, a Bihari ethnic minority, arrived legally in the U.S. in 1987 to attend the University of Kansas but overstayed his visa while pursuing a doctorate. He has taught chemistry at area colleges and did research at hospitals. For the past five years, the Department of Homeland Security allowed Jamal to remain in the U.S. on orders of supervision, meaning he had to report on a regular basis to ICE offices, where he was issued temporary work authorization cards.

As recently as January, his work card enabled Jamal to secure a teaching position at Park University in Parkville, Missouri. He also has been an adjunct instructor at Rockhurst University and Kansas City Kansas Community College. He was on parental advisory boards at his children's schools and last year made an unsuccessful run for a seat on the Lawrence school board.

ICE has not explained why it chose to arrest Syed Ahmed Jamal last month.