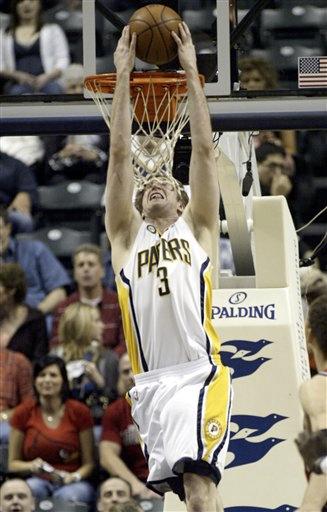 An election lawyer for President Bush who also has been advising a veterans' group running TV ads against Democrat John Kerry resigned Wednesday from Bush's campaign.

"I cannot begin to express my sadness that my legal representations have become a distraction from the critical issues at hand in this election," Benjamin Ginsberg wrote in a resignation letter to Mr. Bush released by the campaign.

"I feel I cannot let that continue, so I have decided to resign as national counsel to your campaign to ensure that the giving of legal advice to decorated military veterans, which was entirely within the boundaries of the law, doesn't distract from the real issues upon which you and the country should be focusing."

The former Georgia senator, a triple amputee who fought in Vietnam, was carrying a letter from nine Senate Democrats who wrote Mr. Bush that "you owe a special duty" to condemn attacks on Kerry's military service.

Encountering a permanent roadblock to the Bush ranch, Cleland left without turning over the letter to anyone.

Ginsberg's acknowledgment that he was providing legal advice to the Swift Boat Veterans for Truth marked the second time in days that an individual associated with the Bush-Cheney campaign had been connected to the group, which Kerry accuses of being a front for the Republican incumbent's re-election effort.

On Saturday, retired Air Force Col. Ken Cordier resigned as a member of the Bush campaign's veterans' steering committee after it was learned he appeared in the Swift Boat commercial.

The Bush campaign and the veterans' group have said repeatedly that there is no coordination, and the campaign repeated that statement Tuesday.

In his resignation letter, Ginsberg said, "this campaign has seen a stunning double standard emerge between the media's focus on the activities of 527s aligned with John Kerry and those opposed to him."

Lawyers on the Democratic side are also representing both the campaign or party and outside groups running ads in the presidential race at the same time.

Ginsberg's dual role has drawn attention because the Swift Boat Veterans ran an ad accusing Kerry of exaggerating his war record, an issue that has dominated the campaign since early August.

Kerry has fired back by accusing Mr. Bush of using the group as a front to run a smear campaign for him. Democrats have jumped on any tie, even if legal, to back up that claim.

"The sudden resignation of Bush's top lawyer doesn't end the extensive web of connections between George Bush and the group trying to smear John Kerry's military record," Kerry-Edwards campaign manager Mary Beth Cahill said Wednesday. "In fact, it only confirms the extent of those connections."

Larry Noble, head of the Center for Responsive Politics campaign watchdog group and a former FEC general counsel, said serving as a lawyer for both a campaign and a soft-money group isn't considered automatic evidence of coordination under commission rules. But that doesn't mean the FEC won't look at it, he said.

"I would think it's a relationship that may very well raise coordination concerns," Noble said. "I think this issue has been percolating."

Kerry's campaign has filed a complaint with the FEC accusing the Bush campaign and the Swift Boat Veterans for Truth of illegally coordinating the group's ads.

The ads allege Kerry has lied about his decorated Vietnam War service. The group's accounts have been disputed by Navy records and veterans who served on Kerry's boat.

In other campaign news, Kerry said the White House and top Pentagon leaders should be held accountable for the abuse scandal at Iraq's Abu Ghraib prison.

"Harry Truman had that sign on the desk and it said, 'The buck stops here,'" Kerry said Wednesday. "The buck doesn't stop at the Pentagon."

Responding to an independent report that faulted all levels of the military for the prisoner abuse, Kerry repeated his call for Defense Secretary Donald Rumsfeld to resign and for President Bush to appoint an independent commission. He said the commission should investigate "all of the chain of abuses that took place, and why they took place, including the civilian side."

Mr. Bush was wrapping up a nine-day visit to his Crawford, Texas ranch. He heads out Thursday on a series of campaign bus trips, leading up to his arrival next Wednesday at the Republican National Convention in New York. His first stop is the battleground state of New Mexico.