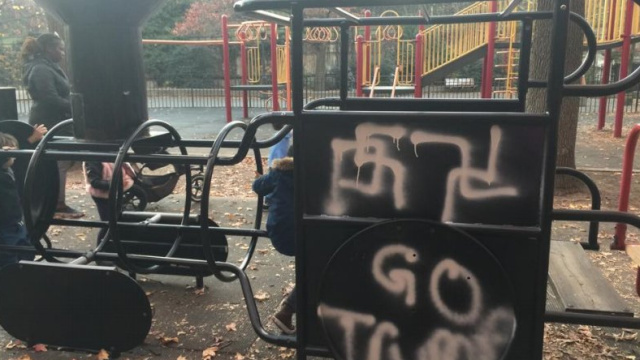 Swastikas were found on equipment in Adam Yauch Park. Written below were the words “Go Trump.”

Over the weekend, two swastikas were discovered inside an apartment building in Greenwich Village. Another was found inside a Port Washington, Long Island, high school.