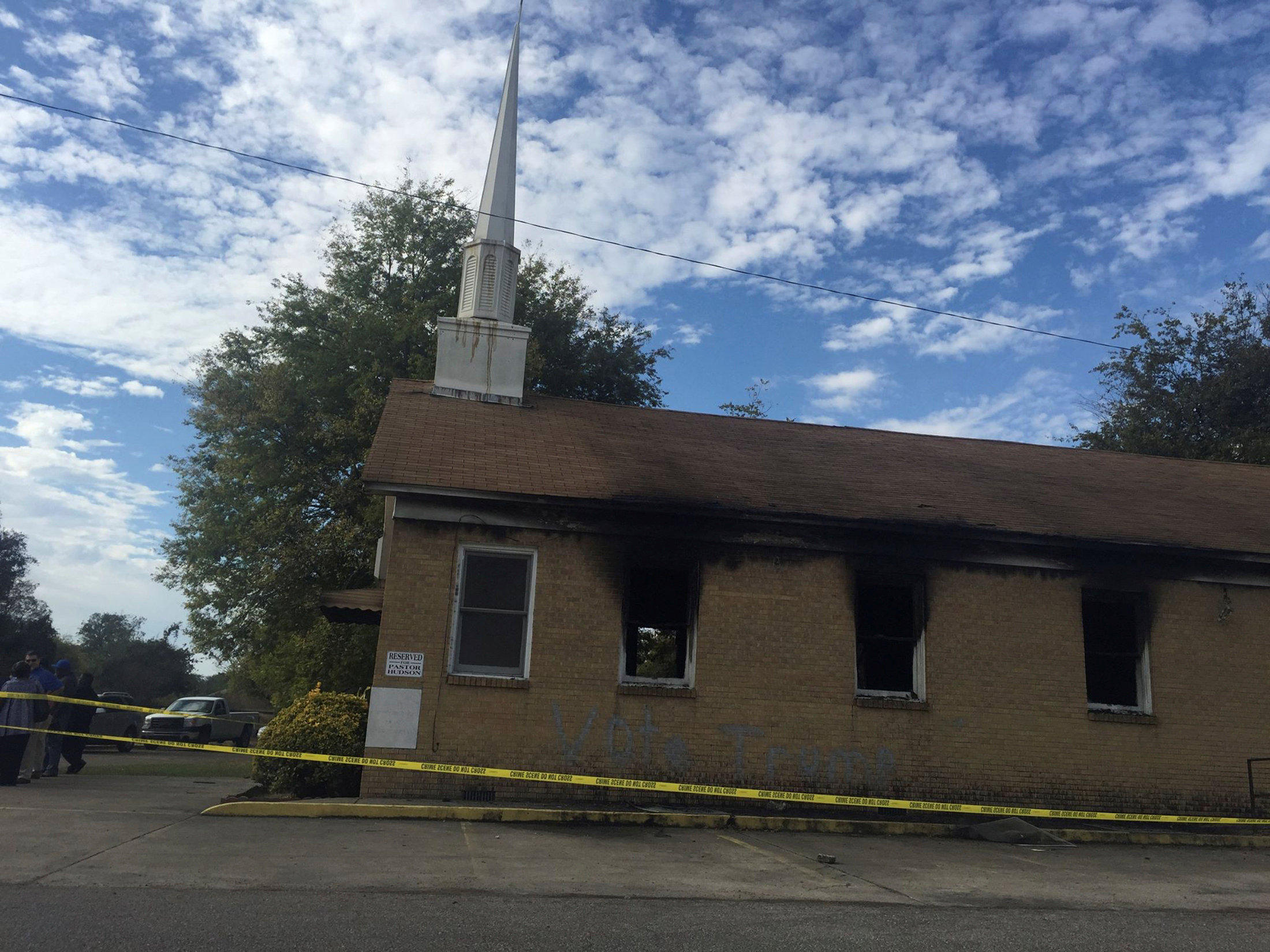 In the wake of Donald Trump’s election, reports of racially charged incidents are emerging from the nation’s schools and universities, including students who chanted “white power” and called black classmates “cotton pickers.”

Reporting by The Associated Press and local media outlets has identified more than 20 such encounters beginning on Election Day, many involving people too young to cast a ballot.

In Montgomery County, Maryland, a letter was sent home to parents after swastikas were reportedly found drawn on the walls of a middle school, CBS affiliate WUSA reports.

The letter states that one of the boys’ bathrooms at Westland Middle school was vandalized with multiple images of swastikas drawn in ink pen, pencil and a glue stick.

According to the school, the graffiti has since been removed.

Officials said they are “very saddened by this incident” and that this “type of behavior will not be tolerated.”

At the University of Pennsylvania, black students were allegedly added to a group text message thread that included racist rhetoric and imagery.

“I feel sick to my stomach,” Cavalry Rogers, an African-American UPenn student, wrote in a widely-shared Facebook post. “I don’t feel safe.”

Students at the University of Oregon reported seeing people in blackface on campus. The university said Thursday that it is investigating.

At the University of New Mexico, a Muslim engineering student said a man attempted to snatch off her hijab Tuesday while she was studying.

“I turned around and there’s a really buff guy wearing a Trump shirt,” freshman Leena Aggad said Friday. “He reaches his hand out to my forehead and attempts to pull my scarf off.”

Oren Segal, director of the Anti-Defamation League office that monitors extremism, said young people “were watching and observing this presidential campaign as closely as anyone else.” Now that the campaign is over, “the impact of what they have seen is not just going to go away.”

On Wednesday, minority students at a high school in Gurnee, Illinois, organized a meeting and protest after a “whites only” message was found scrawled on a bathroom door. The same day in Michigan, students at Royal Oak Middle school were filmed chanting “build a wall” in the cafeteria.

At Trump’s alma mater, the University of Pennsylvania, black freshmen were added to a group chat in which one post read “daily lynching,” and one participant was called a “dumb slave.” School officials are meeting with students groups to respond.

Also in Pennsylvania, two students at the York County School of Technology held a Trump sign in a hallway as someone shouted “white power,” an incident captured on video and widely shared on Facebook.

The president of the local NAACP said the video showed a hallway full of loud students so any teacher or administrator who was monitoring would have known what was happening. Sandra Thompson added that the parents of black children in local schools have been told to “go back to Africa.”

School administrators in Vice President-elect Mike Pence’s hometown of Columbus, Indiana, called for civility and respect after reports of Hispanic students being taunted. Felipe Martinez told The Indianapolis Star that his two sons were twice intimidated with chants of “build that wall,” including on Election Day. The chant was common at Trump campaign rallies.

The morning after the election, leaflets from the Ku Klux Klan showed up in a neighborhood in Birmingham, Alabama. At Central Texas University in San Marcos, police were investigating who posted fliers Thursday around campus urging the formation of “tar and feather vigilante squads” and threatening to “arrest and torture” campus diversity advocates.

In Durham, North Carolina, two walls were spray-painted with the statement “Black lives don’t matter and neither does your vote.”

The words - and in some cases violence - cut both ways.

In Louisiana, a university football coach disciplined four players in response to a locker room video showing members of the team dancing and singing the lyrics of a profane anti-Trump rap song. Anti-Trump protests have swept U.S. cities, with one turning violent in Portland, Oregon, as demonstrators smashed windows and set trash afire Thursday night.

A videotaped assault in Chicago showing black men beating a white man as onlookers scream “You voted Trump” gained traction among conservative social media users after being broadcast by local television. The teenager who shot the video and her father told WFLD-TV that the dispute began over a minor traffic accident and escalated with bystanders’ shouts about the election, which was not a factor in the fight.

At the University of New Mexico, Aggad said she squirmed around in her chair to avoid contact with the man and then stood to confront him. He is white and attends a class with her.

“He said we think we can say whatever we want, but when they come and retaliate with whatever, they are the ones who get in trouble,” said Aggad, who was born and raised in New Mexico by Palestinian parents who came to the United States about two decades ago.

Aggad said neither faculty members nor other students came to her aid. She later filed a report with the university’s equal opportunity office, and a campus-wide email went out urging tolerance. She said she does not want anyone disciplined but wants her voice heard.

A university spokeswoman said officials had received complaints about several other incidents since the election and will investigate.

A racial backlash also unfolded after the election of Barack Obama, America’s first black president, in 2008. At the time, police documented alleged crimes, from vandalism and vague threats to at least one physical attack. Insults and taunts were delivered by adults, college students and even children.

Anti-Trump protests have erupted this week in cities including Philadelphia, Atlanta, Chicago and New York.

“In order for it to die down, the impetus for it has to go away,” Segal said. “We need our elected officials, our leaders, our community organizations, to make sure that this ... rhetoric that has become normal over the past few months goes away.”