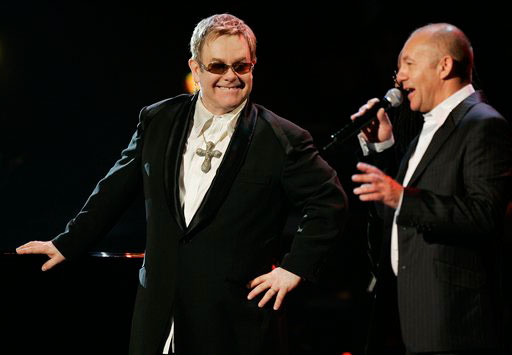 Bin Laden, the exiled Saudi millionaire, is blamed for the bombings of two U.S. embassies in east Africa in 1998 and the suicide bombing of an American warship in Yemen in October. The bombings at the embassies in Kenya and Tanzania killed 224 people, including 12 Americans.

In Britain, a tough new anti-terrorism measure was widely expected to trigger measures against radical Islamic groups that have long used London as a haven. Even before the law took effect Monday, British police carried out a series of raids, arresting six Algerian men.

They have been charged with preparing to carry out terrorist acts and face a preliminary hearing in London's Old Bailey criminal court on Thursday, prosecutors said.

In the same three-day sweep last week, police detained four others, including Omar Mahmoud Othman Omar, better known as Abu Qutadah, who is alleged by Jordanian authorities to be a senior associate of bin Laden. Those men were released without charges, but police said they could come under further questioning.

Last year, Jordan's state security court found Abu Qutadah guilty of conspiracy to carry out terror attacks against U.S. and Israeli targets in Jordan and sentenced him in absentia to 15 years in jail.

Although the court acquitted Abu Qutadah of charges of affiliation to bin Laden's al-Qaeda group, Jordanian counterterrorism officials believe he is linked to it and has recruited several people to the organization.

Jordanian authorities have sought Abu Qutadah's extradition from Britain, but have so far been unsuccessful.

The six Algerians were charged with possessing items including false documents, forged credit cards, electronic equipment and sums of money "in circumstances which give rise to reasonable suspicion" they were plotting terrorist acts, prosecutors said.

Although few details had emerged about their activities, terrorism expert Paul Wilkinson said that judging from prosecutors' statements, "it's certainly possible that this was a group that had been authorized by al-Qaeda," bin Laden's organization.

"The bin Laden factor is one that's transnational, and therefore a real and present danger, especially with the inflamed situation in the Middle East," said Wilkinson, director of the Center for the Study of Terrorism and Political Violence at Scotland's St. Andrews University.

It was not clear whether the six were the same group referred to in a report by the Sunday Telegraph, which said British police had uncovered what they believed was a plot to release the nerve gas sarin in the London Underground. The gas was used in 1995 by a Japanese cult in an attack on the Tokyo subways.

Authorities in oth France and Germany, meanwhile, have ongoing investigations in connection with the December arrests in Germany of four men believed to have ties to bin Laden.

French investigators are studying a videocassette seized at an apartment belonging to one of the suspects, which French judicial sources say is believed to show sites being weighed as potential targets for attacks.

The amateur video, filmed in the eastern French city of Strasbourg, included images of several locations in and around the city's Gothic cathedral, the sources said, speaking on condition of anonymity.

German prosecutors say the four suspects were part of an international network trained by bin Laden's followers in Afghanistan, and that they set up logistics in Germany to support attacks.

Separately, two dozen suspected Islamic terrorists are currently on trial in France, accused of trafficking in false documents to help Islamic militants from Turkey to Canada. Two of the key defendants, Fateh Kamel and Ahmed Ressam, are thought to be linked to bin Laden.

In Italy, too, Islamic militants have been a focus of investigators' attention. Last month, the U.S. Embassy in Rome had its first security closure in a decade in response to a terrorist threat.

Embassy officials refused to discuss the nature of the threat, but Italian media said a trio of Algerians linked to bin Laden were believed to have been preparing a possible suicide attack against the embassy.

By LAURA KING
©MMI The Associated Press. All Rights Reserved. This material may not be published, broadcast, rewritten, or redistributed