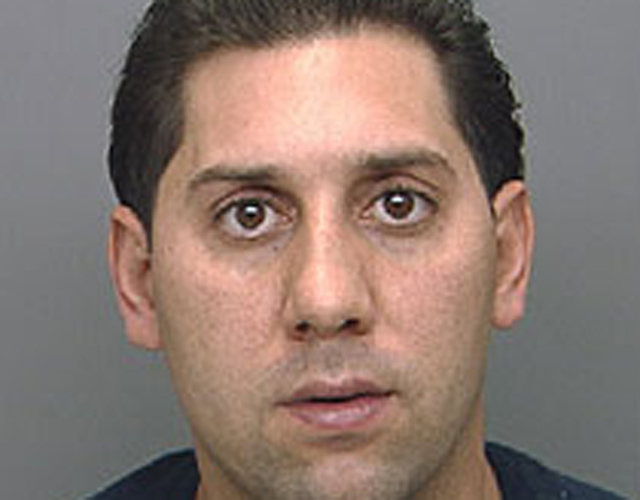 Dennis Veteri, 32, was charged Thursday with aggravated and simple assault and other counts stemming from the Jan. 2 fight, which was caught on tape.

Veteri, of Glassboro, N.J., was arrested Thursday and released on bail Friday morning after his arraignment.

Nodiff said Veteri and two other men were the clear aggressors after New York Rangers fans showed up at an intersection that features two of Philadelphia's iconic cheesesteak stands.

A video of the fight posted on YouTube shows a man police identified as Veteri whipping off his coat and throwing a punch, sparking a melee that ends with Auricchio, a Woodbridge Township, N.J., police officer, lying in the pavement after being punched.

Police said the video drew tips that eventually led them to Veteri by way of a credit card receipt from another restaurant at the intersection, that had been paid just before the fight.

Online court records show Veteri has a history of arrests in Philadelphia, including a guilty plea following a 1998 aggravated assault arrest.

Veteri is due back in court Jan. 31 for a preliminary arraignment.