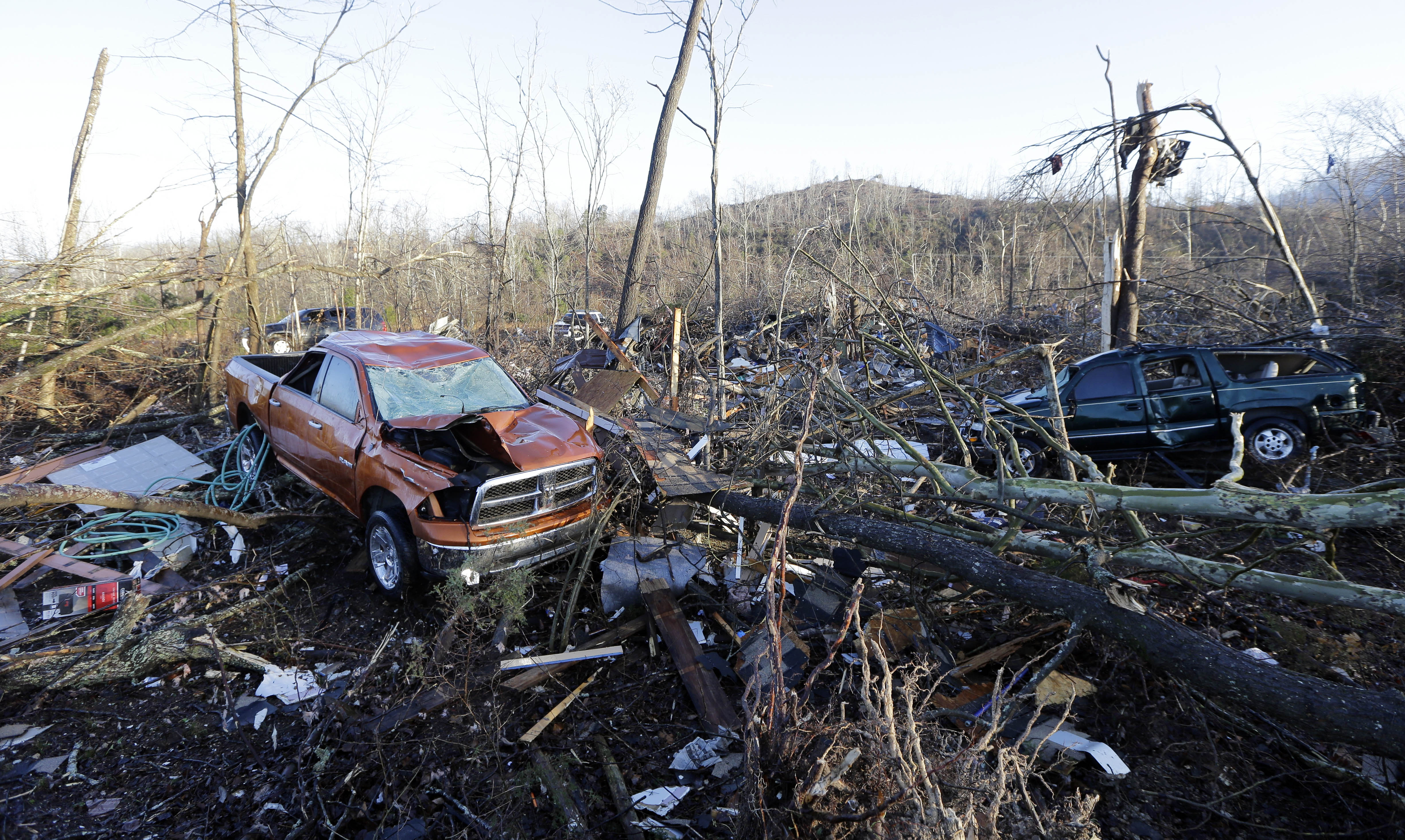 ASHLAND, Mississippi --Survivors of the deadly storms in the South spent their Christmas Day cleaning up wreckage, and giving thanks just to be alive.

Eight in Mississippi, six in Tennessee, and one in Arkansas. A view from above Ashland, Mississippi, shows some of the homes that were blown to pieces -- with their roofs torn clean off, others completely flattened.

This hilltop neighborhood was hit hard by the twister that skipped across Holly Springs, Mississippi, some homes are badly damaged -- others are completely gone.

"This is bad, this is bad," said Sonja Wilkins as she returned home.

There was no joy this Christmas morning for Wilkins.

"This is where I used to live and it's all gone," she said.

The house she shared with her husband, son and daughter, for the past nine years, is scattered among a grove of shattered trees. Her 35-year-old son was the only one home when the tornado hit. He is hospitalized with a broken pelvis and cuts.

On Christmas, they searched for any family mementos.

"Pictures of my mom. She passed away in 2010 and I would look at it every night before I go to bed and say goodnight, and I wish I could find that picture too," Wilkins said.

Wilkins' home is among hundreds destroyed by the cluster of deadly tornadoes.

The youngest victim, 7-year-old Nicholas Pumroy, was trapped in a car with his mother and sister. The winds ripped the little boy out of the vehicle.

Among the six who died in Tennessee, three were found in a car submerged in a river.

An aerial view of Ashland shows the devastation of the most powerful storm. It reportedly stayed on the ground for at least 145 miles, packing winds of up to 160 miles per hour. Roof tops were completely torn off, trees were pulled from the Earth, roots and all, scattered cinder blocks where homes used to be.

Barbara Williamson was inside her Clarksdale home when it was shredded around her.

"I don't know how I'm alive. It's a miracle, a Christmas miracle," she said.

At the Red Cross Emergency Center in Holly Springs, the Christmas spirit was on full display. Donated toys for children who lost their presents in the storm. Laverne Zinn picked out new toys for her nieces and nephews.

"The smile on their face...that make me happy," she said.

A hard rain most of the day kept many families from salvaging what they could. The forecast brightens Saturday, but Sunday, could be stormy again.