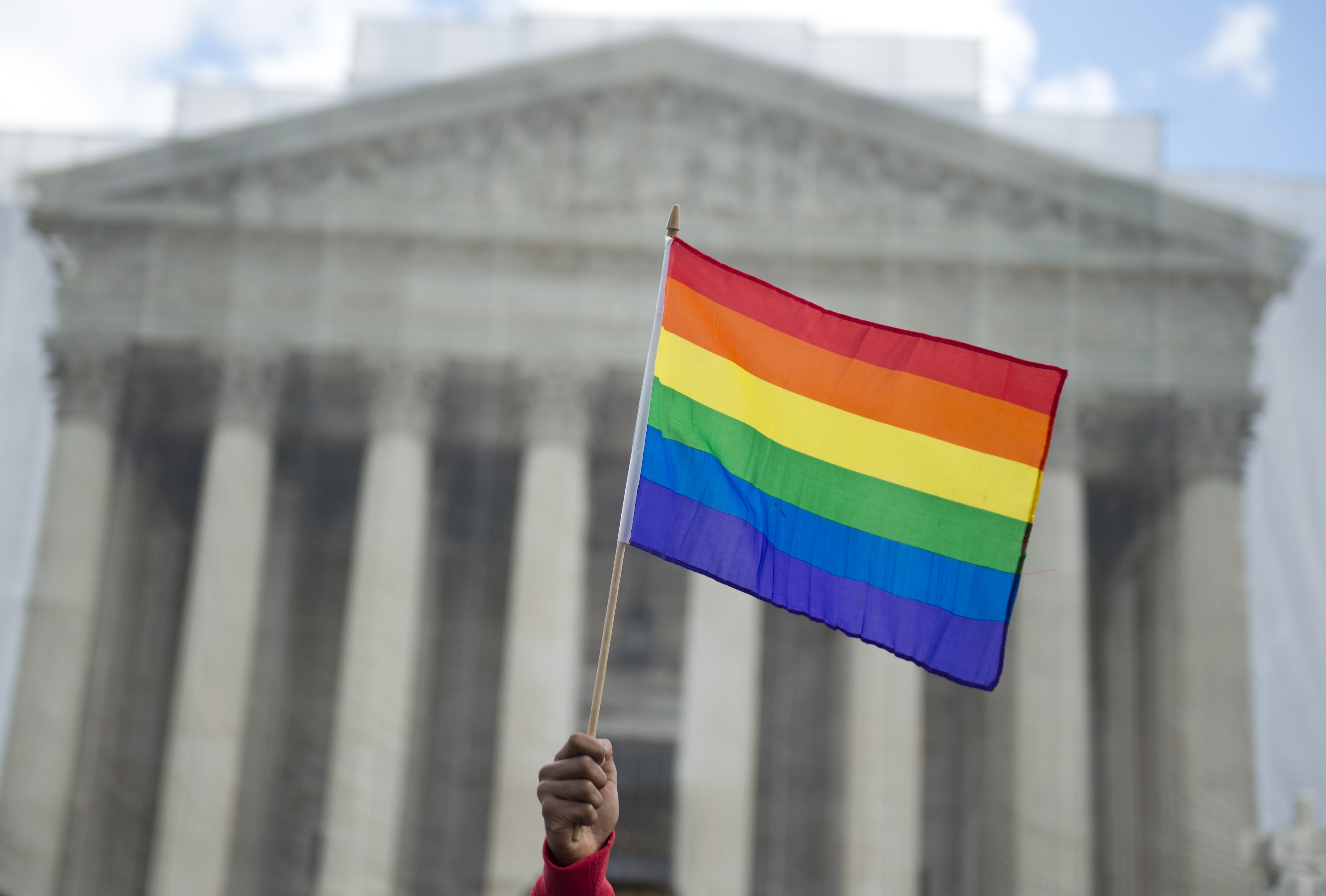 The Supreme Court will be wrapping up its term Wednesday and handing down its remaining rulings, including two broaching the contentious issue of marriage equality.

In March, the court heard two cases tackling the powerful issue of marriage rights -- and for the first time, it considered same-sex marriage. Both cases are profoundly important for the gay rights community and those interested in defending a "traditional" definition of marriage.

One case, Hollingsworth v. Perry, offers the court the chance to recognize marriage as a constitutionally-protected right for all couples, gay or straight -- which would be a truly monumental ruling. During the March 26 oral arguments in that case, the court considered the constitutionality of California's gay marriage ban, Proposition 8.

Voters in California passed Proposition 8, the ballot initiative banning same-sex marriage, in 2008 -- after the California Supreme Court had granted same-sex couples the right to marry. That put California voters in the unique position of taking away rights granted by the court. After Prop. 8 passed, a federal court followed by the Ninth Circuit Court of Appeals said Prop. 8 was unconstitutional.

While the court could define same-sex marriage as a constitutionally-protected right, there are four other potential outcomes in Hollingsworth v. Perry. The court could uphold the ban, setting back the gay rights movement for years. Alternatively, it could issue rulings protecting the right to same-sex marriage in just California, or in the handful of states that recognize same-sex civil unions. There's one last option -- to punt on the decision and dismiss the case.

During the March arguments, the justices seemed hesitant to make any bold moves, with several indicating they believed they jumped into the issue too soon. Justice Anthony Kennedy -- considered the key swing vote in this case - -was direct, saying opponents of Prop. 8 are asking "for us to go into uncharted waters."

The following day, on March 27, the Supreme Court heard oral arguments in United States v. Windsor, which challenges the constitutionality of a section in the Defense of Marriage Act (DOMA).

DOMA, passed by Congress and signed by President Clinton in 1996, prohibits federal recognition of same-sex marriages. Both the First and Second Circuit Court of appeals have struck down a provision of the law (called Section 3) that denies federal benefits, like Social Security benefits or the ability to file joint tax returns, to same-sex couples legally married. Because of these lower court rulings, DOMA has been declared unconstitutional in some regions of the country but not others.

During the oral arguments, a majority of the justices sounded skeptical of the law, according to CBS News' Jan Crawford. The justices, however, gave different rationales for their conclusion -- Justice Anthony Kennedy, for instance, focused on the concept of federalism. The liberals on the court, meanwhile, focused on the concept of equal protection under the law. Justice Ruth Bader Ginsburg said that with DOMA in place, states that recognize same-sex marriage "offer two kinds of marriage -- the full marriage, and then this sort of skim milk marriage."

Edie Windsor, the 83-year-old lesbian who sued the United States government for discriminatory treatment under the Defense of Marriage Act (DOMA), expressed optimism that the Supreme Court will strike down the 17-year old law. Windsor sued the government because under DOMA, it did not recognize her marriage to her late partner, Thea Spyer.

The court is also considering whether it even had jurisdiction in Windsor's case. It may decide that it doesn't, since both sides in the case -- Windsor and the federal government -- agree the law is unconstitutional. Since the Obama administration has refused to defend the law (and, in fact, argued against it in court today), the Bipartisan Leadership Advisory Group (BLAG) is defending the law on on behalf of House Republicans.