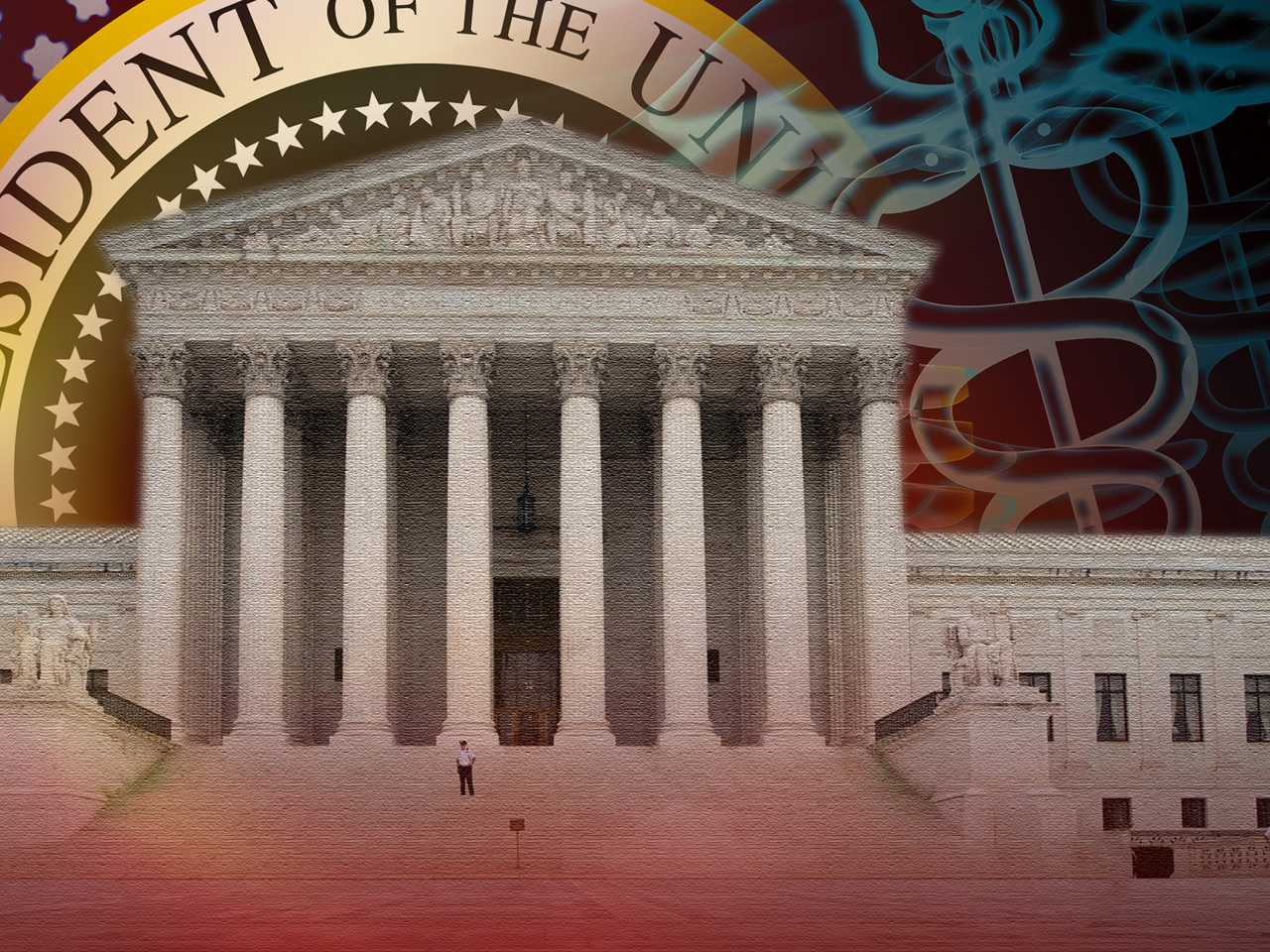 The Supreme Court agreed Tuesday to referee another dispute over President Barack Obama's health care law, whether businesses can use religious objections to escape a requirement to cover birth control for employees.

The justices said they will take up an issue that has divided the lower courts in the face of roughly 40 lawsuits from for-profit companies asking to be spared from having to cover some or all forms of contraception.

The other case is an appeal from Conestoga Wood Specialties Corp., a Pennsylvania company that employs 950 people in making wood cabinets. Lower courts rejected the company's claims.

The court said the cases will be combined for arguments, probably in late March. A decision should come by late June.

The cases center on a provision of the health care law that requires most employers that offer health insurance to their workers to provide a range of preventive health benefits, including contraception.

In both instances, the Christian families that own the companies say that insuring some forms of contraception violates their religious beliefs.

In a statement, White House spokesman Jay Carney said the White House does not comment on specifics of a case pending before the Court. However, he said the administration's policies are generally designed to ensure that health care decisions are made between a woman and her doctor.

"The President believes that no one, including the government or for-profit corporations, should be able to dictate those decisions to women," he said. "The Administration has already acted to ensure no church or similar religious institution will be forced to provide contraception coverage and has made a commonsense accommodation for non-profit religious organizations that object to contraception on religious grounds.  These steps protect both women’s health and religious beliefs, and seek to ensure that women and families--not their bosses or corporate CEOs--can make personal health decisions based on their needs and their budgets."

The Affordable Care Act requires employers to provide full health care coverage for contraception, though the rule exempts houses of worship like churches or synagogues. The administration proposed a rule earlier this year, which said that non-profit religious organizations would have to ensure that enrollees of their health care plans get full contraception coverage, but they would not have to pay for it.

The key issue before the Supreme Court is whether profit-making corporations can assert religious beliefs under the 1993 Religious Freedom Restoration Act or the First Amendment provision guaranteeing Americans the right to believe and worship as they choose. Nearly four years ago, the justices expanded the concept of corporate "personhood," saying in the Citizens United case that corporations have the right to participate in the political process the same way that individuals do.

The 10th U.S. Circuit Court of Appeals said corporations can be protected by the 1993 law in the same manner as individuals, and "that the contraceptive-coverage requirement substantially burdens Hobby Lobby and Mardel's rights under" the law.

In its Supreme Court brief, the administration said the appeals court ruling was wrong and, if allowed to stand would make the law "a sword used to deny employees of for-profit commercial enterprises the benefits and protections of generally applicable laws."

Conestoga Wood is owned by a Mennonite family who "object as a matter of conscience to facilitating contraception that may prevent the implantation of a humsan embryo in the womb."

The 3rd U.S. Circuit Court of Appeals ruled against the company on its claims under the 1993 law and the Constitution, saying "for profit, secular corporations cannot engage in religious exercise."

The Supreme Court will have to confront several questions - can these businesses hold religious beliefs, does the health care provision significantly infringe on those beliefs and, even if the answer to the first two questions is "yes," does the government still have a sufficient interest in guaranteeing women who work for the companies access to contraception.

The companies that have sued over the mandate have objections to different forms of birth control. Conestoga Wood objects to the coverage of Plan B and Ella, two emergency contraceptives that work mostly by preventing ovulation. The FDA says on its website that Plan B "may also work by preventing fertilization of an egg ... or by preventing attachment (implantation) to the womb (uterus)," while Ella also may work by changing of the lining of the uterus so as to prevent implantation.

Hobby Lobby objects to those two forms of contraception as well as two types of intrauterine devices (IUDs). Its owners say they believe life begins at conception, and they oppose only birth control methods that can prevent implantation of a fertilized egg in the uterus, but not other forms of contraception.

In a third case in which the court took no action Tuesday, Michigan-based Autocam Corp. doesn't want to pay for any contraception for its employees because of its owners' Roman Catholic beliefs.

Physicians for Reproductive Health, the American College of Obstetricians and Gynecologists and other medical groups tell the court that the scientific and legal definition of a pregnancy begins with implantation, not fertilization. Contraceptives that prevent fertilization from occurring, or even prevent implantation, do not cause abortion "regardless of an individual's personal or religious beliefs or mores," the groups said.

But another brief from the American Association of Pro-Life Obstetricians and Gynecologists, the Catholic Medical Association and others say in a separate filing that "it is scientifically undisputed that a new human organism begins at fertilization." Emergency contraception that works after fertilization "can end the life of an already developing human organism," regardless of the definition of pregnancy, they said.