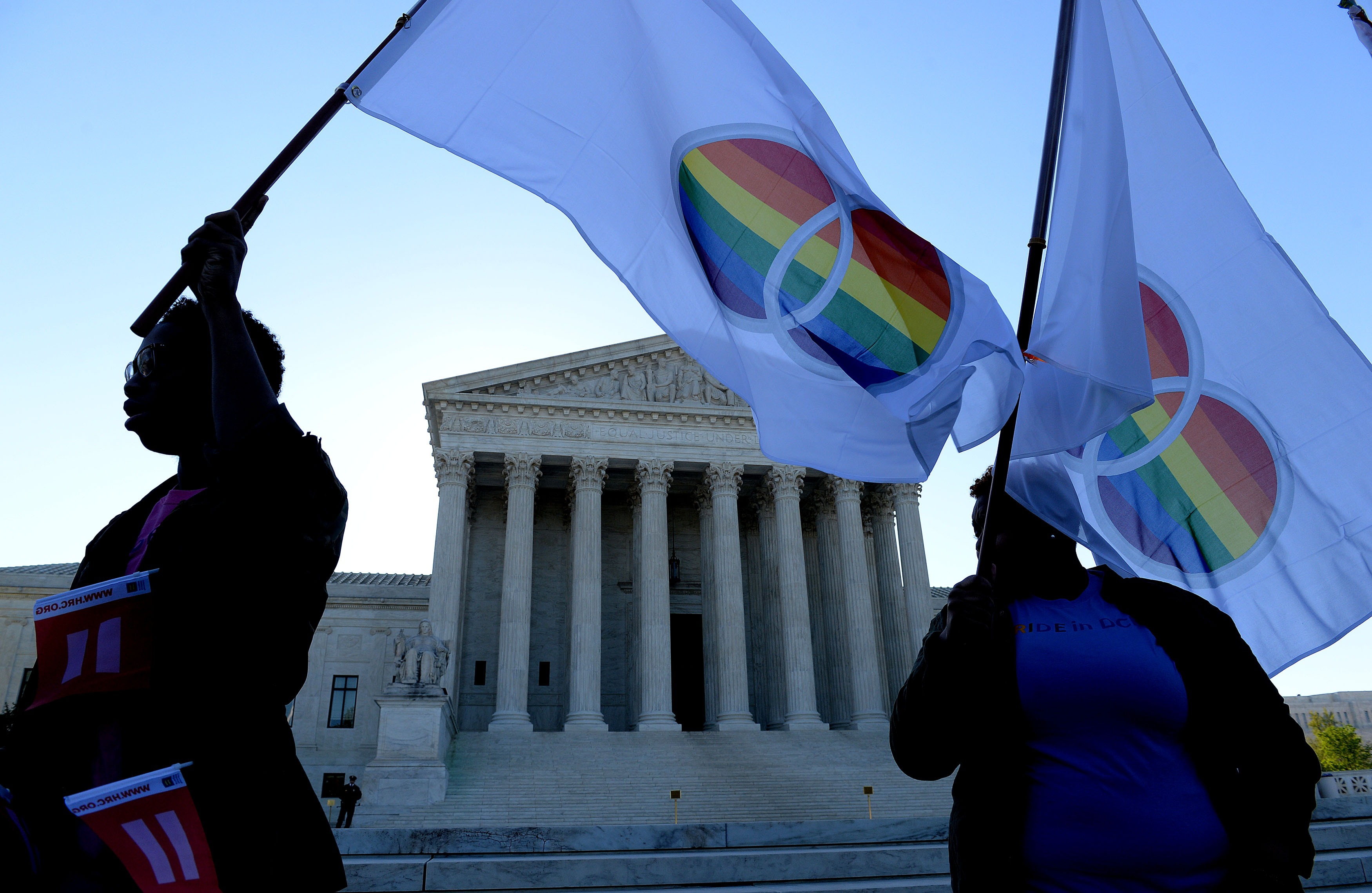 The Supreme Court on Monday declined to hear a challenge to a New Jersey law banning conversion therapy -- a discredited counseling practice that seeks to turn gay people straight. The decision allows a lower court ruling that upheld the law to stand.

The law in New Jersey, which prohibits counselors from practicing conversion therapy on minors, was signed by Gov. Chris Christie in 2013. Several licensed therapists and a Christian counseling group sued the governor, arguing the law violates their free speech rights.

The 3rd U.S. Circuit Court of Appeals disagreed, ruling last September that the plaintiffs' rights weren't infringed upon, and they didn't have standing to pursue the case on behalf of their clients.

The Supreme Court offered no comment Monday on its decision to turn away the case. Last year, the court declined to hear a similar challenge to California's ban on conversion therapy.

Many Christian conservatives have long supported conversion therapy, arguing that being gay is a behavioral choice, not an identity, and that it can be overcome like any other sin.

The American Psychological Association (APA), though, has warned that conversion therapy techniques have "serious potential to harm young people because they present the view that the sexual orientation of lesbian, gay and bisexual youth is a mental illness or disorder, and they often frame the inability to change one's sexual orientation as a personal and moral failure." The APA and other groups, including the American Academy of Pedriatics, the American Psychiatric Association, and the American Counseling Association, have condemned the practice as ineffective and abusive.

"I believe that exposing children to these health risks without clear evidence of benefits that outweigh these serious risks is not appropriate," Christie said in 2013 when he signed the law banning conversion therapy.

President Obama, too, has signaled his opposition to the practice. "We share your concern about its potentially devastating effects on the lives of transgender as well as gay, lesbian, bisexual, and queer youth," Mr. Obama's senior adviser Valerie Jarrett wrote in response to a petition on the White House website. "The overwhelming scientific evidence demonstrates that conversion therapy, especially when it is practiced on young people, is neither medically nor ethically appropriate and can cause substantial harm. As part of our dedication to protecting America's youth, this Administration supports efforts to ban the use of conversion therapy for minors."

Some Republicans, though, continue to stand behind conversion therapy, arguing that those seeking to ban the practice are acting out of a hostility to people of faith.

Former Arkansas Gov. Mike Huckabee, who declared his 2016 presidential bid Tuesday, warned during a conference call with the Family Research Council last Tuesday that the U.S. is moving toward a "criminalization of Christianity." He said chaplains are being told "not to counsel people who are in a sexual lifestyle, not to counsel them to try to seek assistance for that, but rather to affirm that lifestyle as being normal and appropriate."

And last year, the Texas Republican Party adopted a platform including language that defends conversion therapy. "We recognize the legitimacy and efficacy of counseling, which offers reparative therapy and treatment for those patients seeking healing and wholeness from their homosexual lifestyle," the platform read.

The state GOP chairman, Steve Ministeri, told Texas Public Radio after the vote that some colleagues had used a "parliamentary maneuver" to force the language into the platform, and that he couldn't strip it because that would have required scrapping the entire platform.

"My emails and phone calls to the office are running overwhelmingly opposed to that plank in the platform," he said. "I just make the point for anybody that thinks [conversion therapy] may be the possibility: Do they think they can take a straight person to a psychiatrist and turn them gay?"