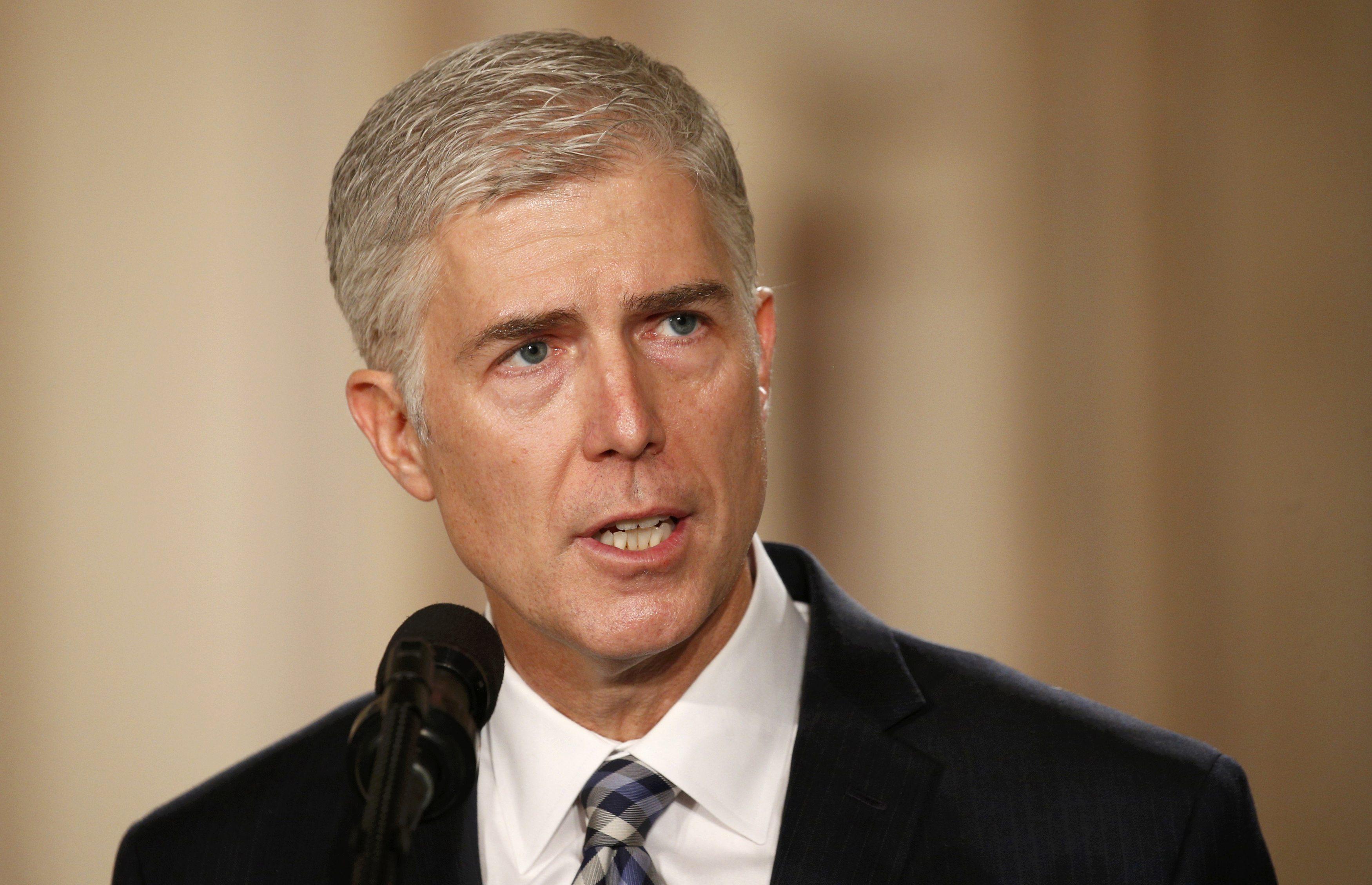 Also listed is a 2013 case involving a family business that raised religious objections to paying for contraception for women covered under its health plans. Gorsuch wrote that the majority he joined in concluded that the family business had “demonstrated a likelihood of success” of their religion-based complaint in court. In a separate concurring opinion, the judge said he explained why the individuals in the family “also had standing to sue and were entitled to relief.”

The questionnaire also contains a long list of his published writings and speeches. It also included a list of the ten most significant litigated matters Gorsuch personally handled.

Gorsuch has come under heavy scrutiny in the last week, following Mr. Trump’s vociferous criticism of the courts on Twitter.

In meetings with senators, the Supreme Court nominee has agreed that the president’s remarks on the judiciary branch were disheartening and “demoralizing.”

In related news, an AP analysis of Gorsuch’s rulings shows him as a defender of free speech and a skeptic of libel claims. His record puts him at odds with President Donald Trump’s disdain for journalists and tendency to lash out at critics.

On other First Amendment cases involving freedom of religion, however, Gorsuch’s rulings in his decade on the 10th U.S. Circuit Court of Appeals in Denver reflect views more in line with the president and conservatives, the AP review found. Gorsuch repeatedly has sided with religious groups when they butt up against the secular state.

In a 2007 opinion involving free speech, Gorsuch ruled for a Kansas citizen who said he was bullied by Douglas County officials into dropping his tax complaints. “When public officials feel free to wield the powers of their office as weapons against those who question their decisions, they do damage not merely to the citizen in their sights but also to the First Amendment liberties,” Gorsuch wrote.

Trump, who announced Gorsuch as his pick on Jan. 31, has said he is waging a “running war” against the news media and wants to make it easier to sue for libel. The president, who nominated Gorsuch for the high court, has used his political stature to fire off harsh attacks on relatively powerless critics such as the father of a dead soldier or a beauty pageant winner.

Gorsuch has sided with those lower on the power scale. In cases in 2007 and 2016, Gorsuch agreed with the court majority in upholding public employees’ claims of retaliation for exercising their constitutional rights of free speech and association.

He repeatedly has interpreted libel law in light of the First Amendment’s guarantee of free speech, rejecting claims based on small mistakes in the offending material. He sided with a broadcaster who may have overstated a prisoner’s gang ties and a University of Northern Colorado student who mocked a professor in an online parody that showed him in a Hitler-style mustache.