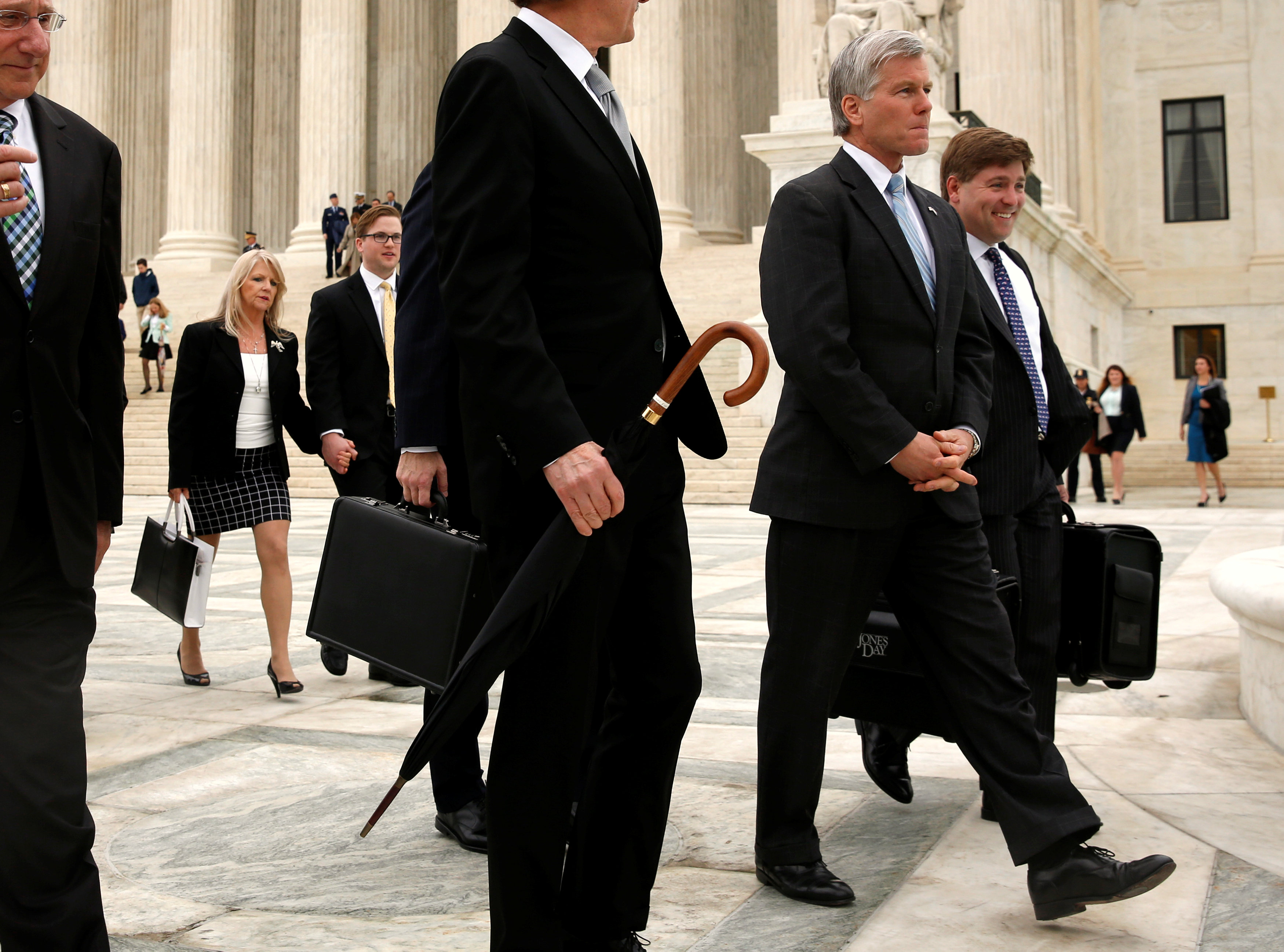 Justices on both sides of the ideological spectrum expressed skepticism about the rationale behind the conviction, cautioning that the case presented a potentially slippery slope for criminalizing politicians' behavior when it comes to exerting political influence for supporters.

McDonnell was found guilty on 11 different counts of conspiracy back in 2014, after he and his wife Maureen accepted more than $165,000 in gifts and loans from Jonnie Williams, CEO of the dietary supplement company Star Scientific.

The McDonnells promoted Williams' vitamin supplement, Anatabloc, in exchange for the gifts, which included a Rolex, vacations and the catering bill for the McDonnells' daughter's wedding.

In early 2015, the former Virginia governor was sentenced to 24 months in a minimum-security prison, while his wife received a year and a day. Both were allowed to remain free on bond while awaiting their appeals.

At Wednesday's hearing, several of the justices argued that McDonnell's actions were merely an example of politics as usual: that politicians have always helped out supporters and constituents by reaching out to government officials on their behalf, setting up meetings or putting in a good word.

Justice Stephen Breyer was particularly forceful, saying the situation raises questions about separation of powers and that it could be "dangerous" to give the Justice Department the kind of wide-ranging power to charge a politician with a crime for similar actions.

Chief Justice John Roberts mentioned a brief filed by Republican and Democratic White House counsels going back several administrations, all of whom said the government had gone too far in the McDonnell case.

The Supreme Court will announce its decision in the case by the end of June.