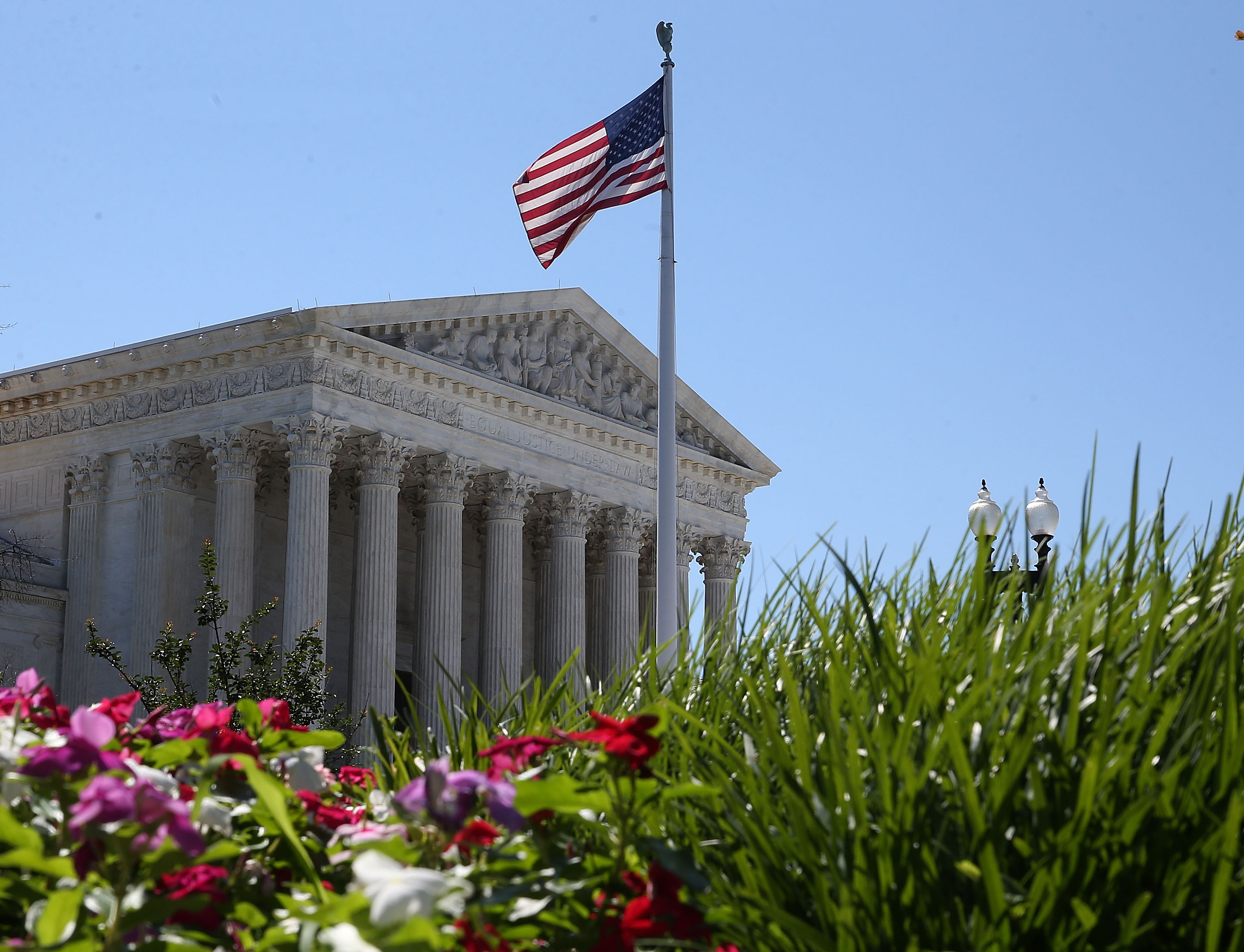 WASHINGTON -- Abortion, birth control and race are among the most divisive issues the Supreme Court will confront over the next nine months, amid a presidential election campaign in which some candidates are talking pointedly about the justices and the prospect of replacing some of them in the next few years.

The justices are returning to the bench on Monday for the start of their new term and their first public appearance together since a number of high-profile decisions in June that displayed passionate, sometimes barbed, disagreements and suggested some bruised feelings among the nine judges.

The three-month break probably is a good thing, Justice Samuel Alito noted in a speech at the University of Kentucky last month. By late June, "We tend to be kind of angry with each other," Alito said.

No single case before the justices in the new term holds the significance of the court's 5-4 decision in June that extended the right to marriage to gay and lesbian couples nationwide.

But the author of that opinion, Justice Anthony Kennedy, probably will play a similarly decisive role in the most important cases to be heard by the court. "On issue after issue, Kennedy provides the deciding vote," said conservative commentator Ed Whelan, no fan of Kennedy.

The court's lineup already includes, or likely will:

-Regulation of abortion clinics in Texas that could leave large parts of the second-most populous state without any abortion providers.

-Yet another battle over President Barack Obama's health care overhaul, involving the religious rights of faith-affiliated colleges, hospitals and charities and the provision of no-cost birth control to women covered by those groups' health plans.

-Another round from the University of Texas over the consideration of race, among many factors, in college admissions.

-A challenge over drawing electoral districts in Texas that could affect representation of immigrant-heavy urban areas.

-A fight to strip labor unions that represent government workers of their right to collect fees from non-union employees who benefit from the unions' work in collective bargaining.

Obama's actions on immigration and challenges to state restrictions on voting rights are two other major issues percolating through the lower courts that could reach the Supreme Court in time for resolution this term.

Commentators on the left and right say the lineup of cases suggests that conservatives will win more often than they will lose over the next few months, in contrast to the liberal side's success last term in gay marriage, health care and housing discrimination, among others.

"This term, I'd expect a return to the norm, in which the right side of the court wins the majority, but by no means all of the cases," said Georgetown University law school's Irv Gornstein.

One reason for the confidence is that, as Supreme Court lawyer John Elwood said, "this is a term of sequels." Affirmative action and union fees have been at the court in recent terms and the justices' positions are more or less known.

The larger question is whether there are majorities for major rulings that, for example, would all but outlaw the use of race in admissions or declare that workers' free-speech rights preclude unions from collecting any money from nonmembers. Both cases also could produce narrower outcomes that would be less damaging to affirmative action and unions.

Even before the term began, Democratic and Republican presidential candidates were describing the kind of justices they would appoint if nominated. The comments were at times specific, with some Republicans pledging to find nominees who are similar to conservative Justice Clarence Thomas. Democrats talked about putting people on the bench who would overturn court rulings that vastly liberalized the ability of the wealthy to finance political campaigns.

"Once again the Bush appointed Supreme Court Justice John Roberts has let us down. Jeb pushed him hard! Remember!" Trump said in a tweet.

Florida Sen. Marco Rubio promised that if he is elected to the White House, it will be a "priority of the next president to nominate judges and justices committed to applying the Constitution as written and originally understood.

Texas Sen. Ted Cruz, for his part, is proposing a constitutional amendment that would limit the powers of the bench.

Cruz told NPR in June that the justices would be subject to "periodic judicial retention elections." He pointed to 20 states that had a similar process in place that kicks judges off their seat if they "overstep their bounds [and] violate the constitution."

The talk about filling vacancies was more than mere casual banter because the oldest member of the court is 82-year-old Justice Ruth Bader Ginsburg, and three of her colleagues are in their late 70s - Justices Antonin Scalia, Stephen Breyer and Kennedy.

High court retirements between now and the 2016 election are extremely unlikely and, under the next president, almost certain. The last election year in which the court had so many justices in their 70s and 80s was 1988. Justices William Brennan, Thurgood Marshall, Byron White and Harry Blackmun retired from the court over the succeeding six years.

Chief Justice John Roberts, who turned 60 and marked his 10th anniversary on the court this year, could serve another quarter-century. But he has been the subject of intense criticism from conservative quarters, mainly for his two votes in favor of the Obama health care overhaul. In a Republican presidential debate last month, Texas Sen. Ted Cruz called Roberts' appointment to the court a mistake. Even former Florida Gov. Jeb Bush, whose brother chose Roberts, hesitated when asked if he agreed with Cruz. President George W. Bush nominated Roberts in 2005.

Former Attorney General Edwin Meese and 68 prominent conservatives issued a memo Friday that mentions Alito, Scalia and Thomas as the kind of justices the next Republican president should fight for. There was no mention of Roberts.

Brianne Gorod, who has written about Roberts' tenure on the court for the liberal Constitutional Accountability Center, said Roberts remains reliably conservative in most areas and "has voted to move the law sharply to the right" on issues of race and access to the courts, among others. But Gorod said that Roberts' votes in the health care cases show that he also worries about the court's legitimacy and his reputation as chief justice.

By most measures Alito, whose own 10th anniversary on the bench will be in February, has had a far more consequential role on the court. Alito, who took the seat of Justice Sandra Day O'Connor, provided a fifth vote for conservative outcomes on cases involving gun rights, abortion, campaign finance and race. Those are issues on which O'Connor probably would have been with the court's liberals.