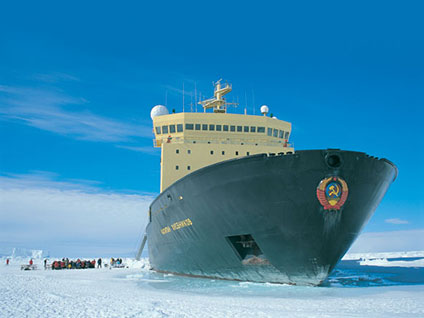 Last week, we looked at the latest in GPS location finding devices (see "Finding Myself Again"). In this companion piece, I want to share news about some of the exciting "search and rescue" technology that has finally become available to consumers. First, the United States has just authorized companies to sell personal locator beacons (known as "PLBs") which can be activated and tracked in emergencies. Another company, Wherify, has created an affordable GPS personal locator bracelet so that parents can locate their missing children. Finally, an intrepid young inventor, Ian White, has put up his last dime in his mission to reinvent the map (but more on that later.)

Personal Locater Beacons
When an airplane is lost in a jungle or a boat is adrift at sea, they send a distress signal. An international coalition of four countries (U.S., Canada, France, and Russia) have collaborated on the worldwide satellite search and rescue system that has led to the rescue of tens of thousands of people. The system to detect distress signals anywhere in the world is based on a cluster of satellites orbiting the Earth.

On July 1, the National Oceanic and Atmospheric Administration (NOAA) and the U.S. Air Force, announced that the public would be permitted to use a new system of personal locator beacons. PLBs are handheld devices that, when initiated in extreme emergencies, send digital distress signals on the 406-megahertz frequency to two different satellite systems orbiting the Earth.

Satellites quickly track and pinpoint the location of the beacon which transits a unique identifying code. Each of these personal locator beacons must be registered by the user with NOAA in advance. Now travelers in the most remote regions of the Earth can travel with the secure knowledge that if they need to be rescued they can be found.

Even with the network of satellites in space, it does take several minutes or longer before authorities can get a precise "fix" on the location of a PLB once activated. To speed up the process of finding people, some of the new PLBs come with either internal or external GPS devices that transmit the precise location of the beacon. There is no monthly fee for these PLB's and NOAA, as of now, is vague on the penalties for false activation. One reason governments are delighted by these personal locator beacons is that they take the "search" out of "search and rescue." This saves rescue agencies tens of thousands of dollars for each helicopter rescue.

The operation of these devices is similar: safety switches need to be turned on to prevent false activation and small antennas need to be deployed.

McMurdo's lightweight Fastfind units are available now (without GPS) for a street price of about $600 or less. Their Fastfind Plus, with an internal GPS, costs about $900.

For several years, ACR Electronics has been selling their GyPSI personal locator beacons outside the US, but now this PLB can be sold here: without GPS for under $600 and with a connection to an external GPS for about $800.

Next month, Microwave Monolithics, will be making two new tiny PLB's available to the public: the MicroPLB without GPS will cost about $800 and the unit with internal GPS, about $1000.

Wherify
Here's a GPS-enabled product that is really interesting. It's a watch that you literally lock onto your child's wrist. The fact that it automatically synchronizes with an atomic clock is almost an afterthought.

The real magic here is that it has a GPS locator so that parents can instantly locate their child on a computer map. Parents have a key that can set the lock, or unlock the watch remotely, so that your child can, say, go swimming at a friend's house without drowning the watch.

The Wherify also features an alarm that your child can activate to dial 9-1-1, right from their wrist. It's a shame such products are necessary, but a good thing they are.

The Wherify was just reduced in price to $199, but you'll have to pay at least another $19 a month for service.

UrbanMapping Lenticular Map
Talk about getting lost… my friend Ian White almost lost everything he had… putting his whole life into hock to finance this crazy idea he had.

Knowing how hostile the island of Manhattan can be to visitors (heck, even to natives), Ian had this crazy idea to put the power of three maps into one. By using lenticular technology – the kind that brought you those 3D baseball cards in cereal boxes years ago – Ian created a map of New York City that showed streets, neighborhoods and subway lines. Depending upon the angle you view the map, that's the information you'll have. Want more? Just tilt the map.

For about $20, call this map one idea that's so crazy, it just might work.

By Daniel Dubno and Bob Bicknell