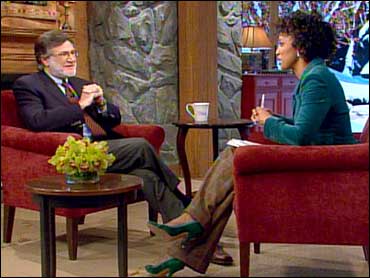 Two hot-selling supplements used by millions of Americans are of little help to most people with mild arthritis, concludes a large government study that is part of an effort to scrutinize unproven health remedies.

For most arthritis patients with aching knees, the health food store supplements glucosamine and chondroitin sulfate turned out to be no better than dummy pills. People who had more acute knee pain seemed to show some benefit.

Because of that hint of possible relief and other factors, the study may not settle the debate about these unproven treatments, even though it's considered the largest and most scientific test to date.

"We still have a bit of a conundrum," said Dr. Tim McAlindon, a Tufts University rheumatologist who had no role in the research.

Rheumatologist Dr. Daniel Clegg of the University of Utah in Salt Lake City, who led the study, suggested people with severe arthritis talk to their doctors about trying the supplements short-term to see if they work.

More than 20 million Americans suffer from osteoarthritis, the most common form of arthritis. That number is expected to double in the next two decades as baby boomers age. Osteoarthritis is a degenerative joint disease that affects the knees, hips, back and the small joints in the fingers.

The search for pain relief helped boost worldwide sales of glucosamine and chondroitin to $1.7 billion last year, according to the Nutrition Business Journal, which tracks supplements. The supplements — made from animal cartilage and shellfish — have had even wider appeal amid safety concerns over certain painkillers, including the arthritis medicine Vioxx, which was yanked from the market in 2004.

At least 5 million Americans use the two supplements either alone or together, government figures show. President Bush was among the customers for a while because of knee pain, but spokeswoman Dana Perino said Wednesday the president no longer takes the supplements. Bush has replaced running with mountain biking.

The supplements showed no known side effects during the government's six-month study, but the scientists didn't address the safety of longer-term use.

The arthritis research, published in Thursday's New England Journal of Medicine, is the third major study in a year to find no overall benefit from some of the most popular nutritional supplements. Recently, research showed the herb saw palmetto didn't reduce symptoms of an enlarged prostate; last year, a study indicated echinacea didn't prevent or treat colds.

Unlike drugs, such supplements are only loosely regulated by the U.S. Food and Drug Administration and their makers don't have to prove the products are safe or effective.

The Arthritis Foundation said Wednesday it was recommending people with severe knee pain speak to their doctors about whether combined glucosamine-chondroitin therapy might be a good addition to their overall treatment. Generally, arthritis sufferers are urged to exercise, keep their weight down and try hot and cold therapy, along with painkillers if needed.

One person who plans to keep using the supplements is 72-year-old Irene Schwartzburt. She said the remedies relieved the "sticking pain" in her right knee when painkillers failed.

"I want to stay active," said the retired teacher from Plainview, N.Y. "The supplements work for me, so why not continue with them?"

In the government study, funded by the National Institutes of Health, 1,583 patients with arthritis knee pain received one of five treatments: either glucosamine or chondroitin, a combination of both, the painkiller Celebrex or dummy pills. Neither the doctors nor patients knew which treatment was given.

After six months, patients filled out a questionnaire to determine how many felt a 20 percent reduction in pain. Researchers found the supplements when taken alone or together were no more effective than dummy pills at pain relief.

The drug Celebrex did reduce pain — 70 percent reported improvement — affirming the study's validity. However, the drug is being studied to see if it's safe for people at risk of heart problems.

In a journal editorial, Dr. Marc Hochberg of the University of Maryland noted the study's limitations: a high dropout rate (20 percent) and a whopping 60 percent who said the dummy pills made them feel better — double the usual placebo effect. Hochberg has received consulting fees from Pfizer Inc., which makes Celebrex, and Merck & Co., which made Vioxx.

Clegg and 10 other researchers in the study reported receiving fees or grant support from Pfizer or McNeil Consumer & Specialty Pharmaceuticals, which makes Tylenol.

The Council for Responsible Nutrition, which represents dietary supplement makers, said it was pleased about the positive findings in the severe arthritis group.