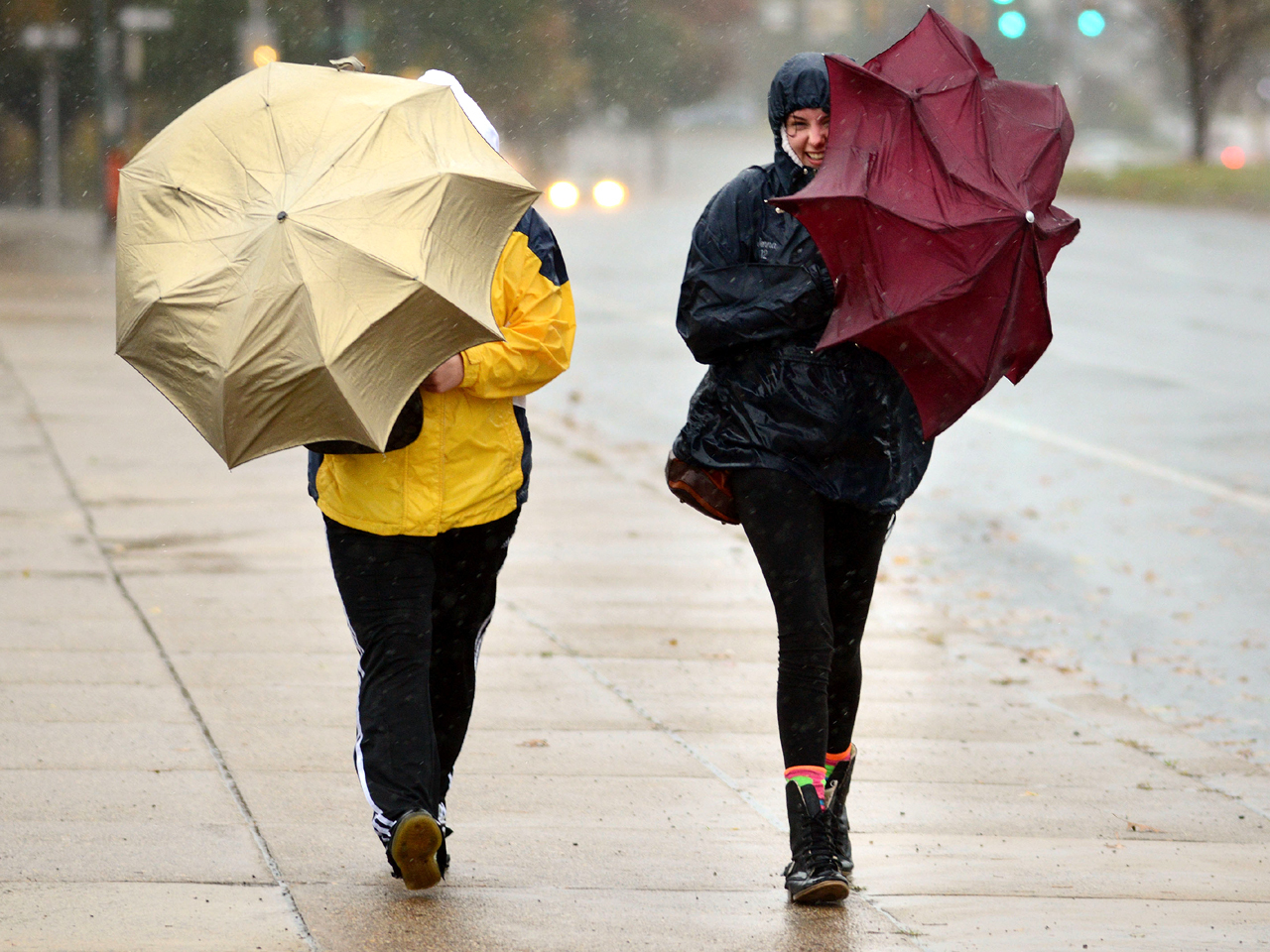 HARRISBURG, Pa. The storm that was Sandy isn't done just yet.

After lashing coastal cities and inundating parts of New York City with 13 feet of water, the core of the hybrid storm is beginning a long slog across Pennsylvania and upstate New York, with its effects spreading as far west as Wisconsin and Illinois.

The big storm, which has caused wind warnings from Chicago to Maine and Canada to Florida, will continue to be a problem for a couple more days with heavy rainfall, snow and local flooding.

"This is going to be an event that for a period of time is going to alter the way we do things," Pennsylvania Gov. Tom Corbett said Monday, warning residents of his state they would not escape with just a glancing blow.

By midnight, what's left of Sandy was near Philadelphia and was forecast to spend most of Tuesday heading across Pennsylvania and then take a sharp turn Wednesday into western New York, weakening as it moved, said Daniel Brown, a hurricane specialist at the National Hurricane Center.

The once-tropical system has merged with a wintry cold front and is likely to produce heavy rain in the East for the next two or three days — adding up to more flooding, Brown said.

Coastal storm surge will likely continue to be elevated Tuesday, especially with morning high tides, but they may be at levels a foot to a couple of feet less than Monday night's peak, Brown said. On the coast, gale-force winds will continue and subside eventually Tuesday evening, but inland they should subside by midday.

In parts of the mid-Atlantic region, particularly higher elevations, several more inches of snow was predicted Tuesday in addition to what fell the night before.

On the western shore of Lake Michigan, large waves were a concern. The Village of Pleasant Prairie, Wis., urged residents to evacuate in anticipation of waves as high as 18 feet. In Chicago, emergency officials asked residents and utility crews to be prepared for winds forecast at 50 mph and waves as high as 25 feet.

In upstate New York, automated calls warned about 13,000 Rochester-area residents who live near Lake Ontario to watch out for waves of 8 to 10 feet overnight. Emergency officials in neighboring Wayne County also suggested that shoreline homeowners evacuate.

The National Weather Service warned of hurricane-force winds with gusts up to 80 mph in New York City and surrounding counties until Tuesday evening.