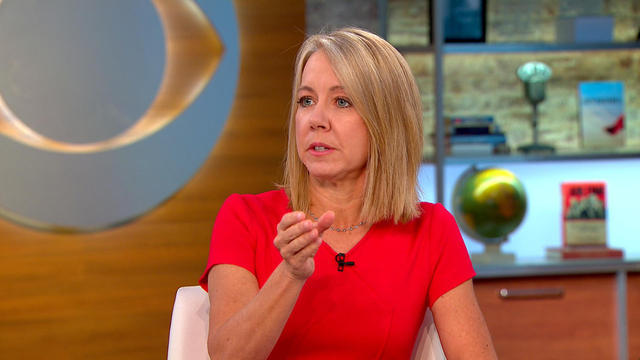 News events like natural disasters, mass shootings and sexual misconduct can have an adverse effect on adults and children, including depression, anxiety and PTSD. In her new book, "Supernormal: The Untold Story of Adversity and Resilience" (Twelve/Grand Central), psychologist Meg Jay describes the effects of chronic stress, and explains the phenomenon of resilience and the ability to overcome adversity.

So what does it mean to be resilient?  According to the American Psychological Association:

Resilience is the process of adapting well in the face of adversity, trauma, tragedy, threats or significant sources of stress -- such as family and relationship problems, serious health problems or workplace and financial stressors. It means "bouncing back" from difficult experiences.

On "CBS This Morning," Jay said the word "supernormal" means above the normal or average: "I'm talking about resilient people who have above-average outcomes after adversity. They beat the odds, they beat expectations.

"And what I like about the word 'supernormal' is it hints at how heroic that is -- that it takes a lot of courage to go out there and rise above your circumstances or rise above the events that have happened to you."

She said 75 percent of people have experienced adversity before the age of 20.

"It's deceiving. Because if you think of just one adversity -- such as having an alcoholic parent or living with domestic violence – that's a minority of the population. If you look at them all together … you see that it actually united us. At least 75% by the age of 20. And as we're hearing in the news, adversity doesn't stop then. It can keep coming."

So what gives one the capacity to be resilient?

"What we know about resilient people is they talk about themselves as fighters and they tend to find the strengths they have in themselves or in their families or in their communities and they use those to push back against their circumstances and get themselves to a better place."

She said it was important "not to focus on the adversity of how I might be broken, but to pay attention to how did I get through it? How was I strong? How was I courageous? How has my life arced towards goodness and away from the bad things that have happened, and how did I make that happen?"

Co-anchor Gayle King said, "Your book seems so timely in light of all that's happening. We're hearing a lot about sexual misconduct. You say it's important for people to speak up about your traumas, and not stay silent?"

"And that can be difficult to do," Kay said. "Silence is multi-determined, which means there are a lot of reasons people stay silent. Often people are in shock; they don't have words for what happened to them, they don't' know how to describe it or what the label would be. They would rather it didn't happen, so if they don't talk about it maybe it didn't happen. They're worried they'll be in trouble or their families will be in trouble.

"So going public with your secrets is incredibly courageous and very helpful for people. It's also not for everyone, [but] there are other ways to be courageous and helpful. Some people do it through their jobs or through their volunteer work. But everybody will be helped by at least going private. And by that, I mean talk to at least one other person about your [trouble]."

"Supernormal: The Untold Story of Adversity and Resilience" by Meg Jay (Twelve/Grand Central) is available via Amazon.

Note to Self: Will Reeve
David Morgan