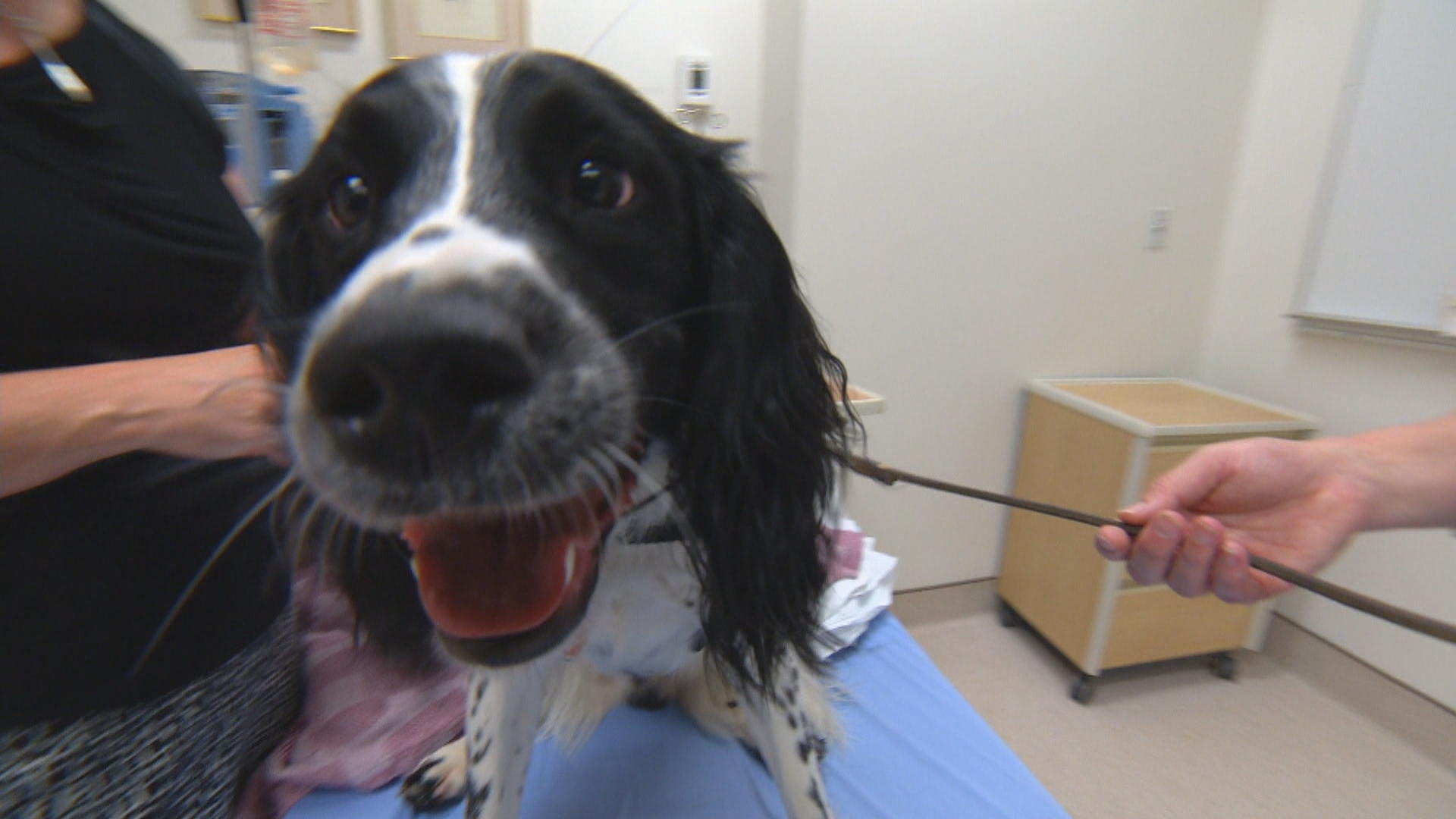 According to the the Centers for Disease Control and Prevention, even many of the nation’s leading medical institutions are losing the battle to protect patients from drug-resistant bacteria.

The superbugs cost the health care industry about $5 billion a year, but one hospital in Vancouver has come up with a canine solution, reports CBS News correspondent John Blackstone.

With his remarkable sense of smell, Angus the springer spaniel is on a mission to track down the most common kind of hospital superbug called Clostridium difficile or C. diff, which is considered a “hazard level urgent.”

“Their sense of smell is above and beyond anything we can even comprehend,” said dog trainer, Teresa Zurberg.

“C. Difficile is a bacteria. It forms spores so it can persist in our environment for long periods of time,” said Elizabeth Bryce of the Vancouver Coastal Health Infection Prevention and Control.

C. diff is caused by antibiotic use or contact with contaminated surfaces. It’s highly contagious and sometimes deadly, causing half a million infections in the U.S. each year and killing 15,000 people. We can’t see it with the naked eye, but Angus can smell it.

“It will always be present in your hospital, so what you’re trying to do is control it. That’s where Angus comes into play,” Bryce said. “He’s trained to detect C. difficile in the environment. The advantage for us is,  if he alerts on something, then what we can do is additional targeted cleaning and we’re going to couple it with our ultra-violet disinfection machines.”

Three years ago, Zurberg was training bomb and drug dogs when she contracted C. diff and nearly died. Her husband – a nurse at Vancouver General Hospital – suggested she try to train a dog to detect the superbug.

So she did. And the hospital initiated a first-of-its-kind pilot program.

“They definitely thought it was out-of-the-box thinking. And it helped that Angus was kind of cute,” Zurberg said.

“Even on the way home I had started training him just by throwing kibble out in the grass and giving him a search command. So he started associating using his nose with getting rewards. We then paired the odor with it, so he learned to associate the C. diff odor with his toy,” Zurberg said.

Angus’ skills are tested in a room where the C. diff-positive odors are hidden. Angus has a success rate that ranges between 95 and 100 percent. He’s passed all his exams and will soon be working full time at Vancouver General.

“In the medical field we can go to so many other things that we haven’t probably even thought of yet,” Zurberg said.

“There’s an analogy that we can perhaps smell a teaspoon of sugar in our coffee or tea and he can smell a teaspoon in an Olympic-sized swimming pool. So that’s how exquisitely sensitive they are,” Bryce said.

Angus is believed to be the only dog of his kind, but not for long. His brother Dodger will be next, and Zurberg said she’s been getting inquiries from hospitals around the world.

”We’re happy to help anybody try and get their own C. Diff dog,” Zurberg said. “What we can use them for, it’s only limited by our imagination.”