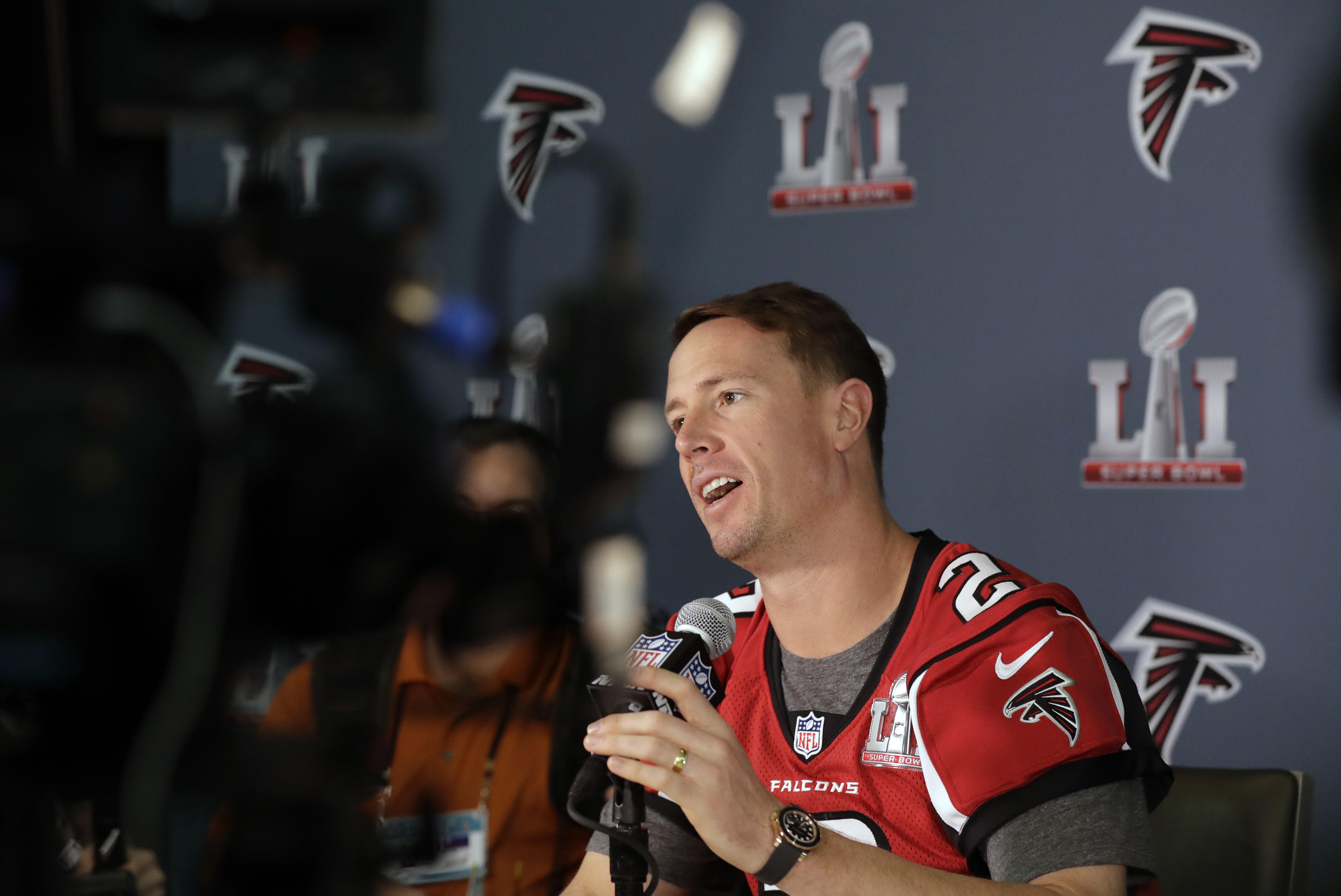 Matt Ryan’s most important muscle is his brain.

The Atlanta Falcons quarterback uses a TV-size device called NeuroTracker that he says has helped him sharpen his cognitive skills, providing an edge when he targets receivers or chooses plays. The focus has helped fuel an MVP-caliber season that culminates Sunday in the Super Bowl, where Ryan faces the New England Patriots juggernaut.

Ryan reportedly puts on a pair of 3D glasses at least three times a week and attempts to follow eight yellow spheres that move frantically across a screen. As he tries to keep tabs on them, NeuroTracker requires him to simultaneously concentrate on a tiny green dot in the middle of the screen. The goal: improved peripheral vision.

NeuroTracker isn’t the only device athletes like Ryan are using to keep their heads in the game.

There’s Dynavision, a whack-a-mole-like device that tests athletes’ motor skills by seeing how many flashing lights they can touch on a screen. More than 50 pro and college teams use Halo Sport headphones, which send electrical impulses to the brain to improve performance. There’s also the Versus headset, a portable brain monitor that Cleveland Cavaliers sharpshooter Kyle Korverclaims improves his focus during training.

English Premier League soccer powerhouse Manchester United, the NHL’s Vancouver Canucks and the IMG Academy, where pro football draft prospects train, also use NeuroTracker and Dynavision to condition their athletes. In addition to the Falcons, several other NFL teams use NeuroTracker, according to Faubert.

Not everyone agrees these devices help improve performance. A. Mark Williams, chair of the health, kinesiology and recreation department at the University of Utah, maintains there isn’t enough scientific evidence supporting this type of cognitive function.

“There may well be some type of placebo effect,” said Williams, who’s written extensively on cognitive training in sports (PDF). “In this case, your quarterback thinks he’s doing something effective.”

Williams says he’s been in touch with Faubert to do research that will help not only athletes, but also people in the military, law enforcement and medicine.

The Falcons began using NeuroTracker just before the 2015 season, at around the same time the team hired football lifer Kyle Shanahan as its offensive coordinator.

Faubert says Ryan visited NeuroTracker’s Montreal lab in June 2015 with the goal of improving his decision-making speed. That’s everything for an NFL quarterback, who generally has between 1.3 and 3 seconds to either throw the ball, run with it or take a punishing hit.

“Basically, he was saying he has a very short window in order to see exactly how a play unfolds,” Faubert said, adding that Ryan needs to focus on what’s in front of him while using peripheral vision to follow the action on the rest of the field. “He wanted to train his brain to track everything.”

The Falcons and Ryan didn’t respond to an interview request. But last month, Ryan told The New York Times that NeuroTracker had increased his “spatial awareness,” allowing him to scan the football field much faster.

The All-Pro quarterback also told the newspaper that using NeuroTracker was as important as physical training, such as lifting weights. And it seems to be paying off. This season, Ryan led the NFL with a 117.1 passer rating, throwing for nearly 5,000 yards and 38 touchdowns. He also had a career-low seven interceptions.

“When athletes are younger, they spend a lot of time physically training their bodies, and as they get older, they are looking for ways to prolong their careers,” said Marty Conway, a sports management professor at Georgetown University. “Mental preparation becomes just as important a part of their overall training.”

Faubert was reluctant to give NeuroTracker all the credit for Ryan’s performance, but he hopes it will help the quarterback get what he wants: a Lombardi trophy on Sunday.

“This is just one tool that just helps him make everything click,” he said. “And it all seems to be clicking right now.”