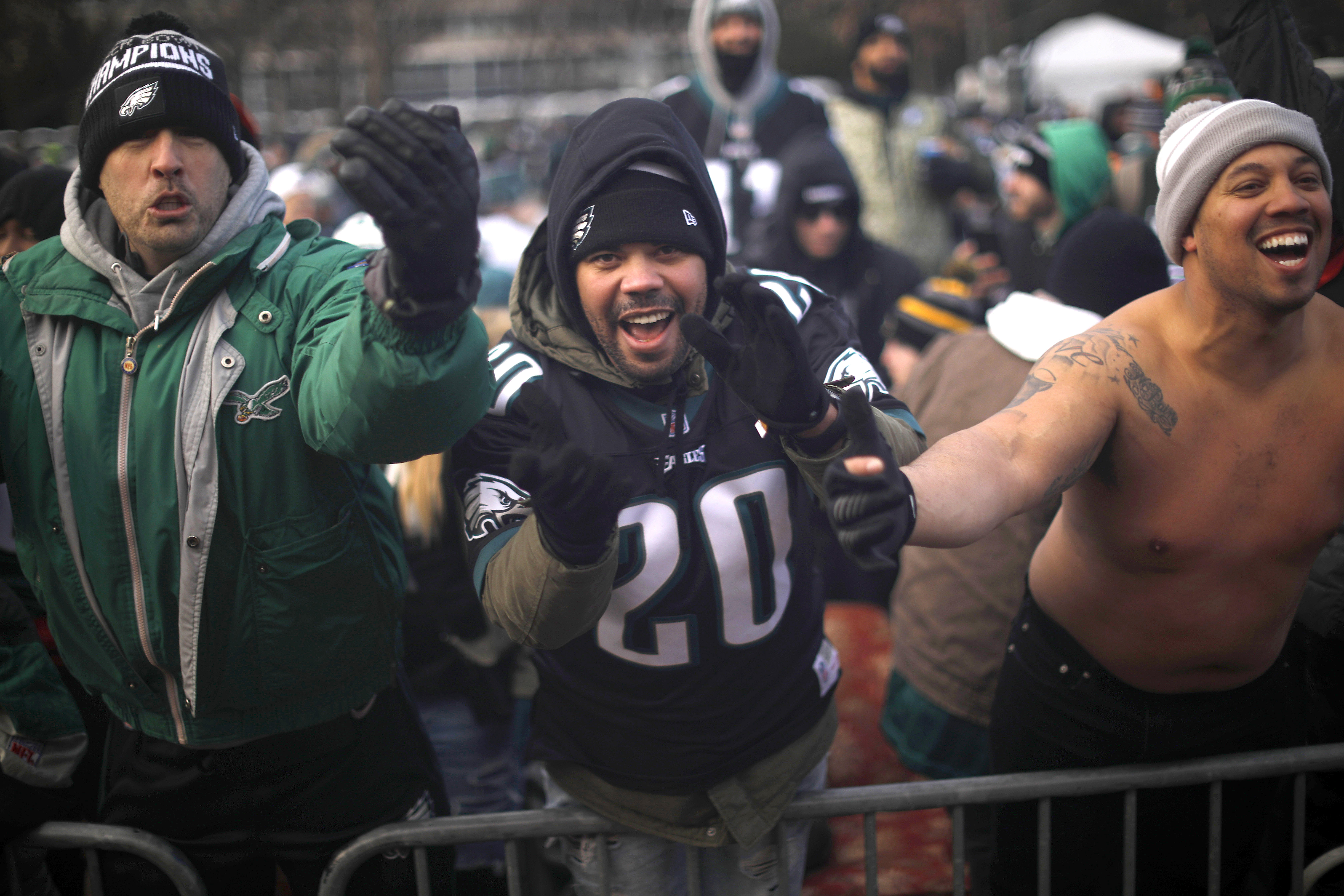 PHILADELPHIA -- The City of Brotherly Love's first Super Bowl parade ended in a raucous, emotional rally as hundreds of thousands of partying Philadelphia Eagles fans jammed the streets leading to the city's famed "Rocky" steps to revel in an NFL title many thought would never come. Fans clad in Eagles green lined up 20 deep in spots to catch a glimpse of the champs, who rode in open-top, double decker buses before taking to the art museum steps that Sylvester Stallone made famous for a rally nearly 60 years in the making.

"This Super Bowl championship is for you," Eagles owner Jeffrey Lurie told the vast crowd. "You are the most passionate and deserving sports fans on the planet. We couldn't have done it without you."

Dan Tarvin, 29, was pumped after getting to high-five Pederson and GM Howie Roseman, who was instrumental in putting together a squad expected to compete for championships for years to come.

"They are more than heroes. They're legends. They're immortal in this city, forever," Tarvin said.

"Pure joy," fan Kevin Young told CBS News. "It's almost like when you're having a newborn."

"This stops all the hate," she said. "They got nothing to say now."

The parade caps a glorious week for jubilant fans celebrating an NFL title that had eluded them for nearly 60 years. Led by the backup quarterback Foles and second-year coach Pederson, the Eagles beat the New England Patriots 41-33 on Sunday night.

Schools, museums, courts, government offices and even the Philadelphia Zoo were shut down so the city could fete an underdog Eagles team that few outside Philadelphia thought had a prayer of beating the mighty Patriots led by superstar quarterback Tom Brady and coach Bill Belichick.

Organizers prepared for as many as 2 million people, though city officials have said they aren't planning to release a crowd estimate - making any number a guess as easily inflatable as a football (sorry Pats fans).

Craig Moyer, of Downingtown, said he came to the parade to honor his late mother.

"She was an Eagles fan who used to tell me about the old championship games. So this is for her. We're down here for her," he said.