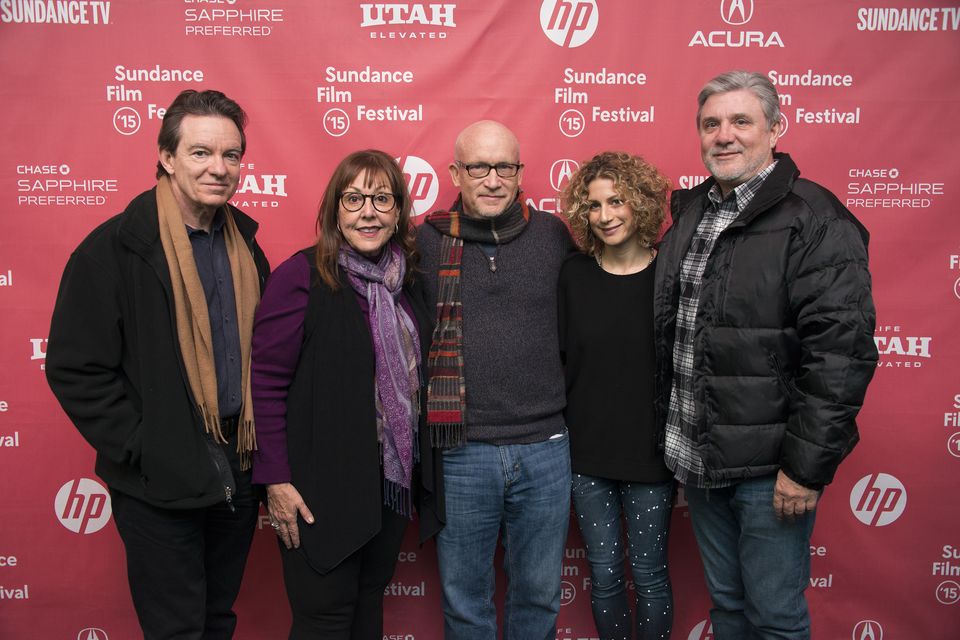 PARK CITY, Utah -- "Going Clear: Scientology and the Prison of Belief" premiered Sunday at the Sundance Film Festival to a packed house - not with a star-studded red carpet, but with police protection.

A week before the premiere, the Church of Scientology took out full-page ads in the New York Times and Los Angeles Times claiming the documentary is filled with falsehoods.

Based on Lawrence Wright's 2013 book of the same name, Oscar winner Alex Gibney's film claims that the church routinely intimidates, manipulates and even tortures its members, tracing the rise of the religion and its founder, former science-fiction writer L. Ron Hubbard, and his successor as head of the church, David Miscavige. Gibney also interviewed several former Scientology believers, including past executives.

Paul Haggis, director of the Oscar-winning "Crash," left the church in 2009 after decades of membership.

"I was really stupid. I was part of this for 30 years before I spoke out," he says in the film. "I was deeply ashamed."

As Haggis climbed "the bridge" to the most enlightened levels of Scientology, he finally learned Hubbard's ultimate theory: That a tyrannical galactic overlord named Xenu dropped frozen bodies from millions of years ago into volcanoes, and those spirits attach themselves to modern people today. Scientology is the means of ridding the body and mind of those spirits to become "clear."

Another former member who left the church in 2013 said its approach is "like brainwashing."

Several former church members featured in the film attended Sunday's premiere. Two said they were followed to Utah by Scientology investigators, who photographed them at the Salt Lake City airport.

The Church of Scientology released a statement Sunday that characterizes these former believers as "the usual collection of obsessive, disgruntled former Church members kicked out as long as 30 years ago for malfeasance, who have a documented history of making up lies about the Church for money."

The church says Gibney refused to meet with the 25 members it offered as sources. Gibney says the church declined all requests for interviews, as did Miscavige and movie stars John Travolta and Tom Cruise, both of whom are Scientologists.

The film traces Cruise's relationship with the church, and claims it intentionally broke up his marriage with Nicole Kidman because she was not a believer. Scientology's biggest celebrity spokesman was largely absent from the church during his nearly 10-year marriage to Kidman.

Gibney and Wright said the church has threatened them with litigation. Former members said they've fared far worse: They've been slandered online, followed, filmed and seen their loved ones stalked and intimidated.

Former Scientology spokesman and senior executive Mike Rinder said he hopes the film will raise public awareness about the church's methods: "I would love it if the FBI, after seeing this film, said, 'We need to do something more energetic.' "