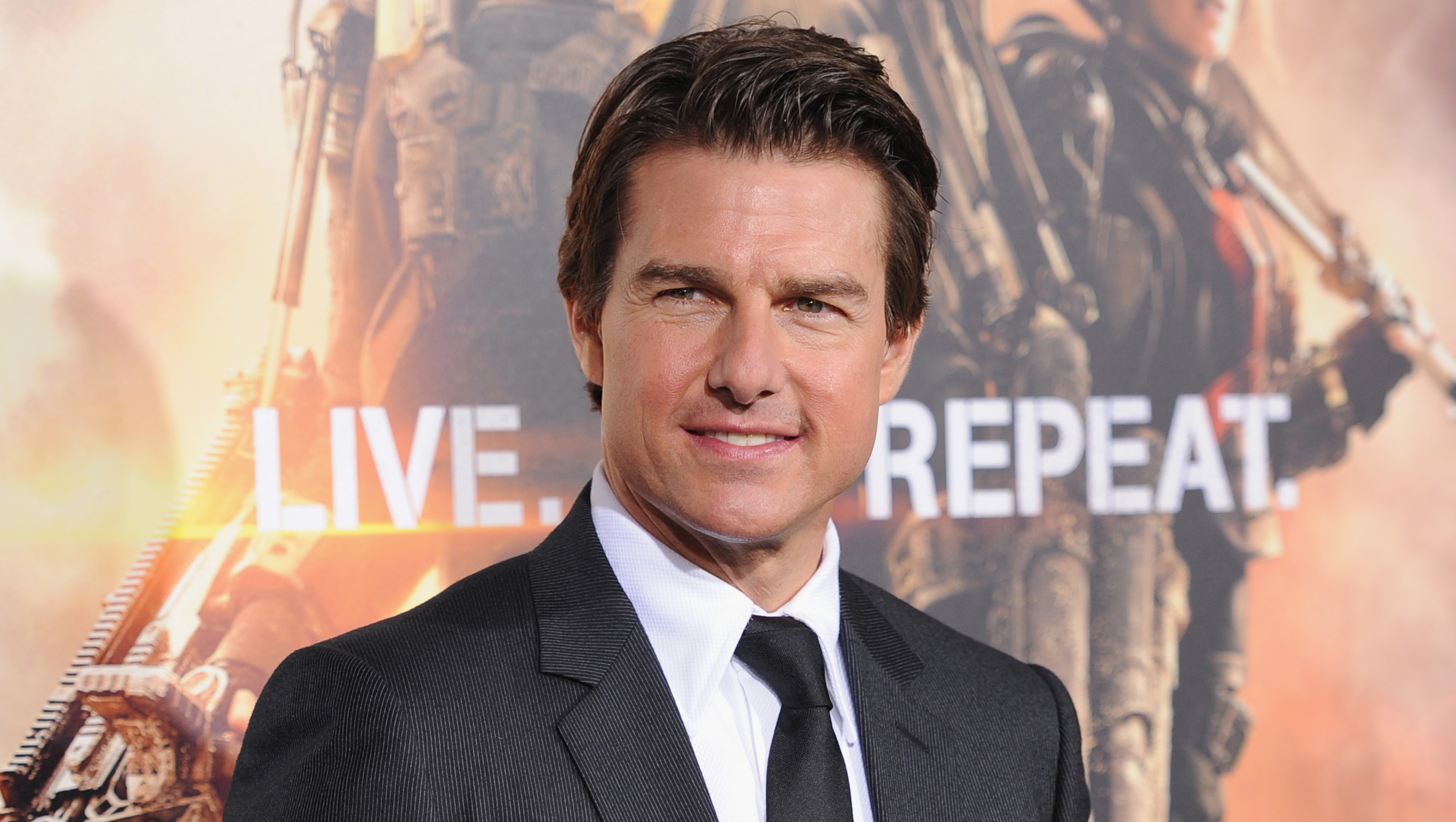 At 51, Tom Cruise can still pull off the whole "action hero" look in his new, futuristic thriller "Edge of Tomorrow."

But the film's director wants moviegoers to know something first: "Tom Cruise is killed 10 minutes into the movie," says Doug Liman, who also directed "The Bourne Identity" and "Mr. & Mrs. Smith."

But that's not a spoiler, it is this action flick's gimmick. Cruise plays a military officer who has never seen a day of combat, forced into battle against alien invaders. He dies early in the fighting, but through the power of cinema, Cruise's character is put into a time loop that brings him back to life -- only to die again, then be brought back to life. Over and over again. Thus, the film's social media hashtag #LiveDieRepeat.

"It is a very clever story, a very unique story. This could be a truly original love story," Cruise told CBS News.

Love story? Enter Emily Blunt, of "The Devil Wears Prada" and "The Adjustment Bureau," as the uber-female love interest in the Cruise film. But she's no damsel in distress. Blunt's character -- a Special Forces warrior whose battle-ready image literally adorns the sides of buses and buildings -- gives Ellen Ripley (Sigourney Weaver) of "Alien" fame a run for the tough-as-nails heroine money. Cruise's military officer and Blunt's battle warrior work together, trying to beat the space invaders.

"This is what was so refreshing, to have a film that had a character that didn't need the female role to play on her femininity. It was refreshing for me to play a real woman," Blunt said.

The "Edge of Tomorrow" screenplay is adapted from the Japanese science fiction novel, "All You Need is Kill." Aside from the obvious "Groundhog Day" parallels, there are some been-there-done-that themes that not even Cruise's convincingly-layered performance and Liman's smart, special effects can't blast out of the moviegoer's mind.

We saw Jake Gyllenhaal play a dead solider repeatedly brought back to consciousness, tasked with stopping a terrorist train bombing, in "Source Code." The alien invaders of "Edge of Tomorrow" could be distant cousins of the sentinels featured in "The Matrix" franchise. A keen eye may find vague similarities in the "Edge of Tomorrow's" invasion scenes and those in 2011 aliens-versus-military flick, "Battle: Los Angeles." It doesn't take a keen ear to note the featured music in the "Battle: Los Angeles" and "Edge of Tomorrow" trailers isn't all that different either.

Yet, the Cruise/Blunt chemistry works here with comedy, wild action and some impressive battle gear. To help in the fight, Blunt and Cruise's characters sport massive "ExoSuits" -- body armor that movie producers say weighed some 85 pounds in real life. "You burn so many calories wearing that suit all day, we'd actually have to eat all the time while making the film, because the sheer weight of [the ExoSuit] would just shred you," Blunt said.

Out of the suit, Cruise and Blunt are looking superfit in "Edge of Tomorrow," which hits theaters on Friday. Blunt credits a three-month, intense fitness regime she took on for the role, for her ability to pull off some impressive swashbuckling -- and yoga moves -- on film.

"I wanted a complete physical transformation between how I looked before and afterwards," Blunt said.

We see Cruise running hard and fast (as he often does in his movies) in "Edge of Tomorrow." It is hard to believe that Cruise was dancing in his underwear in his breakout role in "Risky Business" in 1983 -- the year Emily Blunt was born. But the pairing here works.

"Thirty-one years [since 'Risky Business,']" Cruise said in disbelief. "You know, I always wanted to make movies since I was a little kid. I never could have imagined what happened, and what is happening...I never taken it for granted."